Yet Another Murder-Suicide in Houston Has Community Reeling

Wife and Husband Dead, Son Shot in the Head in Houston Area Neighbors Say Is ‘Cursed’ 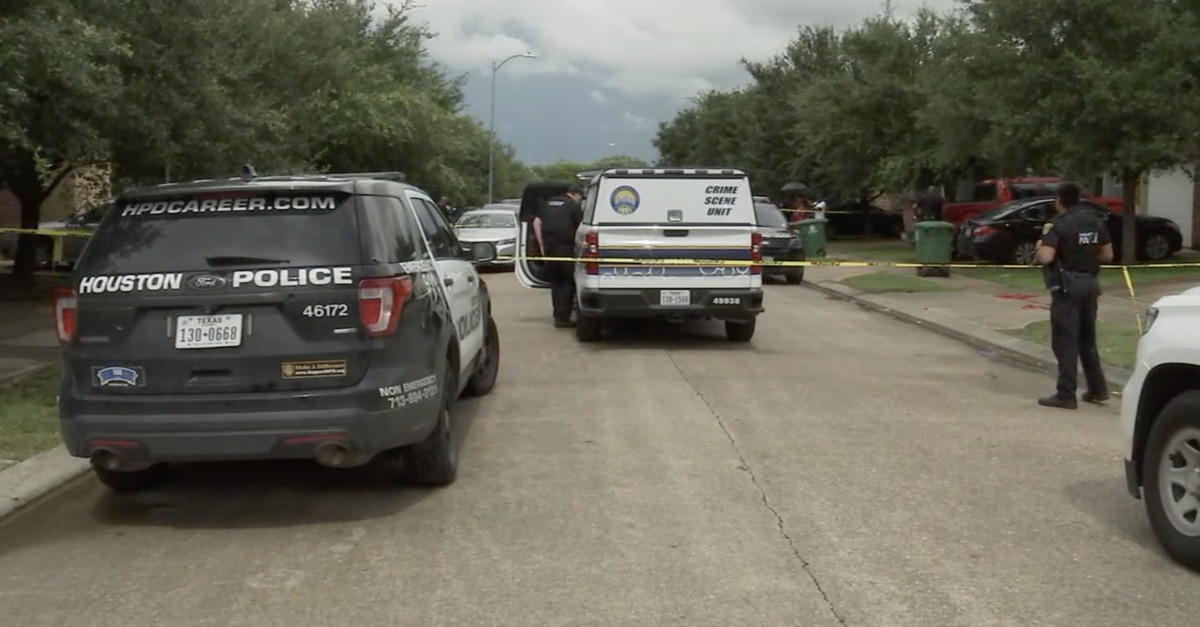 A Texas family of three had just recently moved into their new home. A short time later the wife and husband would be dead–and their son in critical but stable condition–the result of an apparent murder-suicide in part of a metropolis all too familiar with such tragedies.

“Seems like the neighborhood is cursed or something,” neighbor Willanda Sykes told local NBC affiliate KPRC–remarking on the trend of murder-suicides that has plagued the southwest Houston area in recent years. “This is really odd. It’s really weird, because of the times we’re living in. We’re seeing this more and more every day.”

Details of the latest incident are scarce. And Houston Police are not releasing the names of the deceased due to the nature of the crime, Public Information Officer Jodi Silva told Law&Crime.

But authorities have provided some key information.

The gruesome discovery was initially made by a family member after a welfare check was requested by relatives due to the family’s son missing a football conditioning exercise early Wednesday morning.

“The family had a hunch this was–something was not right,” a police spokesperson told local media on Wednesday afternoon during a brief press conference. “So, with patrol officers securing the scene, family went in and decided to check on the welfare of their loved one and that’s when they discovered what they discovered.”

Officers quickly entered the residence after the family member recoiled at the sight of the first body and the two additional bodies were found. The husband and wife were pronounced dead at the scene. Their 17-year-old son was rushed to a nearby hospital where he was treated for a gunshot wound to the head.

Authorities said they believe the violence was domestic in nature and that the husband was the one who pulled the trigger on his family before killing himself. A motive beyond that vague explanation has not been provided by law enforcement.

According to neighbors cited by local ABC affiliate KTRK, the family had just moved to Houston from Fresno, Texas. Police noted that the couple had a history of legal troubles–including an open investigation–with the Fresno Police Department.