Widow, Sons Arrested After Cops Find Missing Husband Shot in the Head, Layered Under Plastic Wrap and Tin Foil, and Buried Under Shed 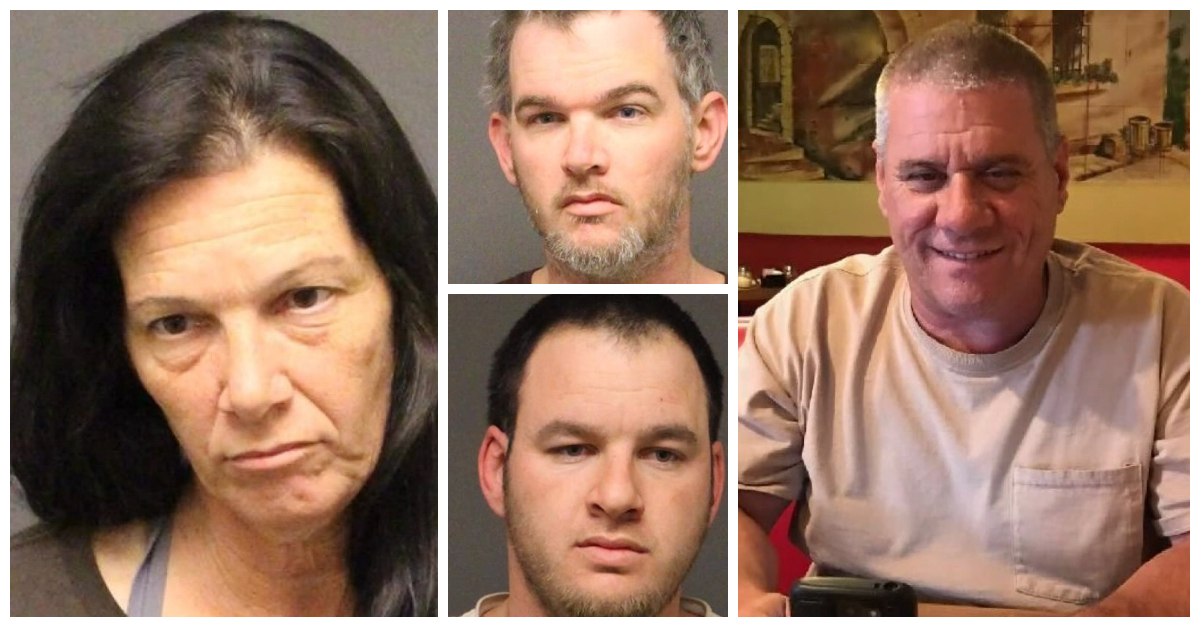 The U.S. Marshals Service has arrested a Washington widow who wandered to Arizona after police started asking questions about the husband she reported missing.

Brenda Rasmussen, 55, now finds herself behind bars and facing charges related to the murder of Jerry Rasmussen.

The victim, 65, was first reported missing by his wife on September 27 according to the Stevens County Sheriff’s Office. Mrs. Rasmussen told officers at the time “that her husband Jerry Rasmussen had left the residence several weeks prior and had not been heard from.” She also explained that the two had been “arguing recently” and that Mr. Rasmussen “had been known to leave and be gone for extended periods in the past.”

Mrs. Rasmussen said her husband had been missing for “several weeks” at the time, so deputies started reaching out to family members of Mr. Rasmussen who lived outside the area. The more they spoke with these individuals, however, the more they began to question the sequence of events provided to them by Mrs. Rasmussen.

Deputies then started to question Mrs. Rasmussen and her son Danny Jones, 34, who lived with her in Washington. They also spoke with her younger son Andrew Jones, 31, who resides in Arizona.

By that time the three were persons of interest in the case. Deputies noted, however, that all three were initially responsive to calls and texts. By early November, a judge had signed off on a search warrant for the Rasmussen’s property. Detectives executed the search warrant on November 12, but by that time Mrs. Rasmussen and her son had fled town, the authorities said.

It was during that initial search that cadaver dogs who accompanied members of the Strevens County Sheriff’s Office picked up on a scent beneath a shed in the backyard of the home — a shed that appeared to have been constructed around the same time that Mrs. Rasmussen had first reported her husband missing.

A month later, detectives returned to the home with an excavator to search under the shed. After moving the shed and breaking up concrete they came across a layer of tin foil followed by a layer of plastic wrap. Below that were the remains of a deceased male.

An autopsy soon confirmed that the male was Mr. Rasmussen, who was discovered with a bullet in his head.

“The investigation in the murder of Jerry Rasmussen revealed that Mr. Rasmussen was shot once in the head before being buried under a shed,” said U.S. Marshal David Gonzales.

Detectives then began the process of trying to locate the missing Rasmussens by reaching out to Gonzales, the U.S. Marshals Service, and the Mohave County Sheriff’s Office for help with the case. Detectives in Arizona were able to develop a few leads; on Monday, members of the Stevens County Sheriff’s Office traveled to Arizona to work with local law enforcement and the U.S. Marshals Service.

The following day, Mrs. Rasmussen and her two sons were arrested and charged with first-degree rendering criminal assistance relating to the death of Mr. Rasmussen.

The investigation is ongoing, and more charges are expected to be filed in the case. The suspects meanwhile were booked into the Mohave County Jail, and they are currently awaiting extradition to Washington.

[Images of Brenda, Danny, and Andrew via the Mohave County, Ariz. Jail. Image of Jerry via the Stevens County, Wash. Sheriff’s Office.]