‘What the F***?’: Florida Woman Allegedly Killed Sister Who ‘Flirted’ with Long-Distance Boyfriend, ‘Specifically’ Stabbed Her in the Heart 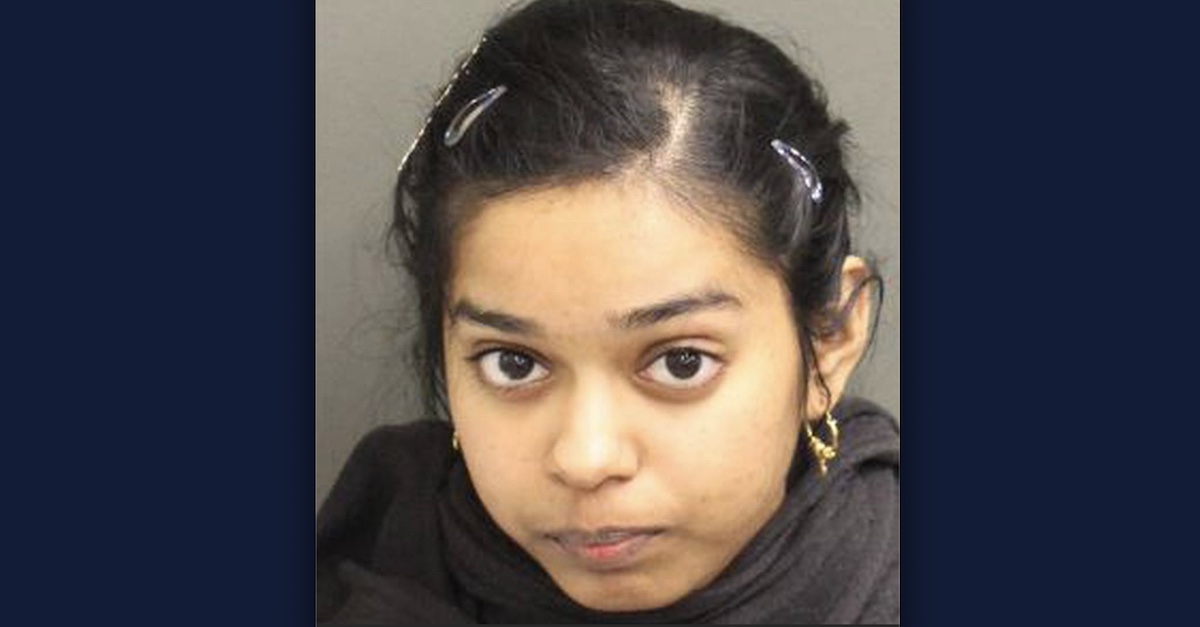 A 21-year-old woman in Florida allegedly confessed to plotting and killing her younger sister for messaging and flirting with her long-distance boyfriend.

Fatiha Marzan was taken into custody last week and charged with one count of first-degree murder with a weapon, a capital offense, for stabbing 20-year-old Sayma Marzan “specifically” in the heart several times, court documents reviewed by Law&Crime show.

According to an arrest affidavit from the Orange County Sheriff’s Office, deputies with the Sector II Patrol Unit at approximately 7:32 p.m. on Sept. 26 responded to a 911 call about “an aggravated battery via knife” at a residence located in the 500 block of Southern Charm Drive.

The caller allegedly identified herself as Fatiha and told the dispatcher that she had “stabbed her sister” at approximately 4:30 a.m. that morning and “does not believe she was alive.”

Upon arriving at the home, deputies and personnel with Orange County Fire Rescue Medic I entered the home and found Sayma’s lifeless body. She was pronounced dead by medics at approximately 7:49 p.m. and Fatiha was taken into custody and transported to the sheriff’s office for questioning.

During the subsequent interviews with investigators, Fatiha allegedly confessed that she had been planning to murder her sister for weeks because she wouldn’t stop flirting with Fatiha’s boyfriend.

“After multiple witness interviews, it appeared Fatiha was upset with Sayma over Fatiha’s boyfriend. Sayma was flirting and made advances towards Fatiha’s boyfriend,” the affidavit states. “Fatiha and Sayma shared a bedroom in their residence and would be able to see what each other was doing easily because of the size of the bedroom.”

The affidavit further states that Sayma and Fatiha actually shared the same bed in the small room.

Investigators say that Sayma and Fatiha’s boyfriend — whose is not named in the document — both played a game called “Valorant,” a free first-person shooter game that also has a messaging function. The two allegedly communicated often by sending each other messages through the game that became increasingly intimate.

Fatiha allegedly told detectives that she and her boyfriend had been in a long distance relationship for approximately five years.

Approximately two weeks before Sayma’s death, Fatiha purchased a “dagger-style knife set” from Amazon, hiding the weapons in her closet and backpack, investigators say. She also allegedly explained that she had “planned when she was going to murder her sister,” timing the attack for when she knew her family would be finished with prayers and asleep.

“Fatiha said Sayma was asleep in their bed that they shared when she began to stab her in her heart. Fatiha admitted to stabbing her three (3) to four (4) times specifically in Sayma’s heart. Sayma woke up and said ‘What the fuck?’ and the word ‘help,'” the affidavit states. “Fatiha replied, ‘Stop.'”

The suspect allegedly admitted “she killed her sister because she could no longer deal with the relationship Sayma had with her boyfriend,” documents say. She allegedly said she knew she “ruined everything with her boyfriend” and was thinking about taking her own life before another sibling in the home was able to talk her down, the affidavit states.

Fatiha Marzan is currently being held in Orange County Jail without bond.