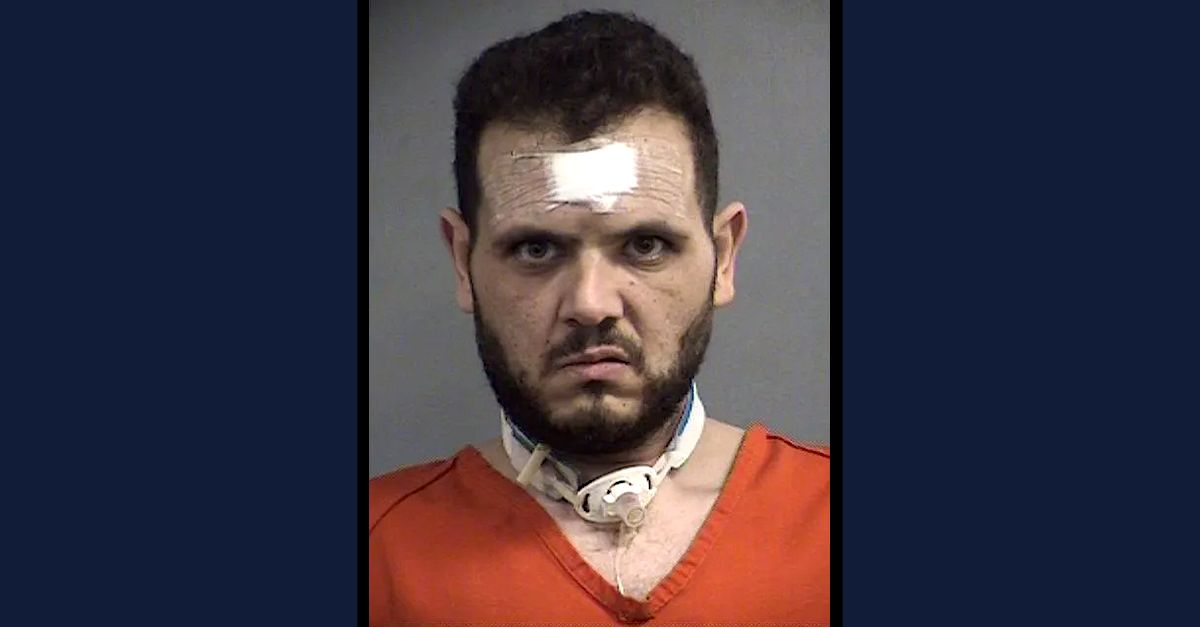 Just hours after his conviction on Monday for murdering his wife four years ago, a Kentucky man reportedly died of a suspected overdose behind bars. A jury had been slated to consider his sentence on Tuesday.

Citing a Louisville Metro Department of Corrections press release, local CBS affiliate WLKY and FOX affiliate WDRB both reported that Bashar Ghazawi, now 39, died of a suspected overdose after a jury convicted him of murder in the July 8, 2018, killing of Noor Ghazawi, who was 32 at the time.

According to the reports, the defendant Ghazawi was found in a state of “medical distress” around 7 p.m. on Monday.  He was transported to UofL (University of Louisville) Hospital but was “ultimately pronounced dead less than an hour” after he arrived at the medical facility, WLKY said.  However, WDRB reported that the defendant wasn’t pronounced dead until “shortly before 8 a.m.” — some 13 hours after he was reportedly found “unconscious in the jail.”

Louisville NBC affiliate WAVE said the penalty phase of the defendant’s trial was due to begin on Tuesday morning; WDRB cited Jefferson County Sheriff’s Office Lt. Col. Carl Yates to report that Bashar was scheduled to be transported for “sentencing” on Tuesday.  Either way, he died before the authorities were able to mete out punishment for the murder.

Noor Ghazawi died at the couple’s home near the intersection of Lambert Avenue and Buechel Bank Road, according to several local news reports.  She had been shot and killed.  WAVE said “a witness,” who it did not identify, saw Bashar shoot Noor and then shoot himself.

The incident was described at the time as a murder coupled with an unsuccessful suicide attempt.

The authorities arrived and rushed Bashar to the hospital; he was initially listed in critical condition, WAVE reported in 2018.  While in the hospital, he attempted to escape, according to prosecutors cited in the NBC affiliate’s 2018 report.

Bashar was initially charged with murder as an act of domestic violence, a weapons charge connected to his status at the time as a felon, and escape from custody, WAVE said in its story about the original incident.  Bashar was a felon when he killed his wife because he’d been involved with what WAVE described as prior drug cases.

Kentucky’s rudimentary court scheduling system indicates that the since-deceased defendant faced criminal prosecutions in 2010, 2014, 2018, 2019, and 2022.  The precise details of those matters are not listed in the online scheduling system.

WAVE’s report also suggests that the couple’s youngest child likely witnessed the violence that befell the family on the aforementioned Sunday afternoon in 2018.

“I prayed immediately when they told me the son was outside yelling at his father when he collapsed,” neighbor Charisse Spalding told WAVE. “That tells me he had to have seen it all.”

The family had moved to the neighborhood about a year before the killing, WAVE said.  The couple operated a bakery and often brought leftover bread home for their neighbors.

Noor’s body was returned to the couple’s home country of Jordan for burial, the NBC affiliate indicated in 2018.

The same television station reported Tuesday that two investigations are now underway into Bashar’s death behind bars.  An internal investigation by the Metro Corrections Professional Standards Unit and another by the Louisville Metro Police Department’s Public Integrity Unit are being conducted in tandem, according to WAVE.

WDRB reported that Daniel Johnson, the president of the union that represents corrections officers at the facility in question, said other inmates found Bashar but did not tell anyone or use Narcan, a treatment for opioid overdoses that was reportedly available for use by jail inmates should an overdose occur in the facility.  Corrections officers were the ones who found Bashar and summoned an emergency rescue squad, Johnson said, according to WDRB.

Johnson also said staff shortages were a significant problem at the facility, according to a tweet by WKLY’s Mark Vanderhoff.

WDRB reporter Jason Riley tweeted that Bashar’s body “was covered up when jail officials found him.”

Col. Jerry Collins, the jail’s director, reportedly said he was “disgusted that it seems another person has lost his life because of those who seek to profit by smuggling these dangerous substances into the Louisville Metro Department of Corrections.”

The television station indicated that twelve inmates have died at the Louisville Metro Corrections facility since November of last year.  Some of those deaths were reportedly by suicide; some involved overdoses.