Washington State Woman Escaped After Her Estranged Husband Stabbed and Buried Her in Murder Attempt: Authorities 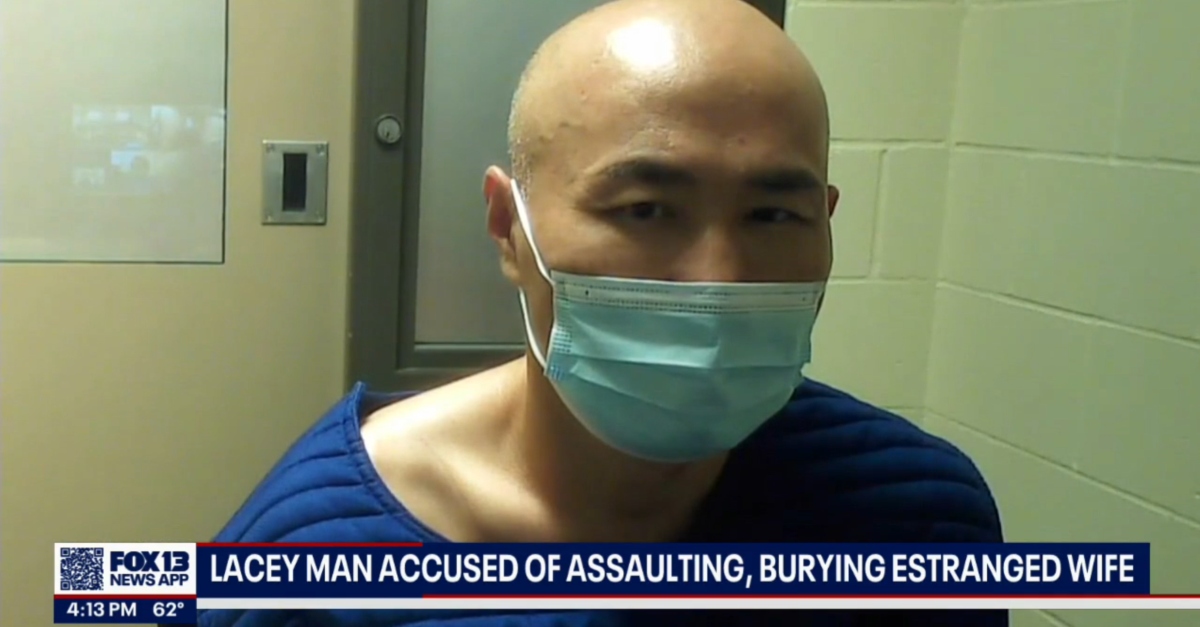 A Washington State man is accused of trying to murder his estranged wife by stabbing her and burying her in the woods. Chae Kyong An, 53, was denied bond in a hearing on Wednesday, according to The Daily Chronicle.

Detective said they found the hole where he buried his wife: 65 inches long, 30 inches wide, and 19 inches deep. There was loose dirt, duct tape, and hair consistent with the woman’s, they said. But there was no body. The wife — speaking to investigators in several interviews — said she escaped after her husband put her in the hole, placed a “heavy tree” on her, and threw dirt on her.

In a hearing Wednesday, the judge approved the state’s request that Chae An get no bail.

“The declaration of probable cause laid out a really horrific situation in which the defendant dug a grave, placed his estranged wife in that grave and told her that he was going to kill her after he had finally attacked her and kidnapped her from her home,” Deputy Prosecuting Attorney Elizabeth McMullen said.

State authorities previously named the wife when she was missing, and they said she is 42 years old.

According to authorities, the wife said she returned home from church on Sunday to find Chae there. She said she sent her children away. She and Chae talked about their pending divorce. But Chae allegedly said he would rather kill her than give her his retirement money. (Authorities reportedly noted the family having a prior history of domestic violence.) He allegedly tied her up in duct tape: eyes, thighs, and ankles, as well as her hands behind her back. But she was able to call 911 using her Apple Watch and sent an emergency alert to trusted contacts including her eldest child, documents reportedly said. Though dispatch could not make out what was happening on the call–she was “gagged”–they did track the call location. Authorities arrived at the home. Chae allegedly already left the home with the woman captive in his van.

He also allegedly stabbed her about the chest with a small knife multiple times. In the mean time, state patrol made an endangered missing person advisory.

Nonetheless, the wife was able to flee after the burial and wound up at a home, where the residents called 911 and a responding Thurston County deputies encountered her early Monday morning.

“My husband is trying to kill me,” she said in documents.

A victim’s advocate read a statement on her behalf.

“Please no bail,” she said. “I am really afraid for my life. I just want to emphasize that I fear him so much and he will kill me again if he is out.”

Chae An’s public defender Ahmed Jenkins asked for a bail of $150,000 and said it would probably be enough to keep his client behind bars. He noted his client has no criminal convictions or history of failing to appear in court. He also suggested that his client, a veteran with more than 30 years of experience, might have “some service-related mental health conditions that will end up being addressed probably later on.” According to authorities, the wife had voiced fear of her husband, saying in part that he worked in ‘intelligence” for the U.S. military.