Washington Man Allegedly Threw Newborn Son ‘Like a Football,’ Tortured the 5-Week-Old to Death Because He ‘No Longer Cared’ 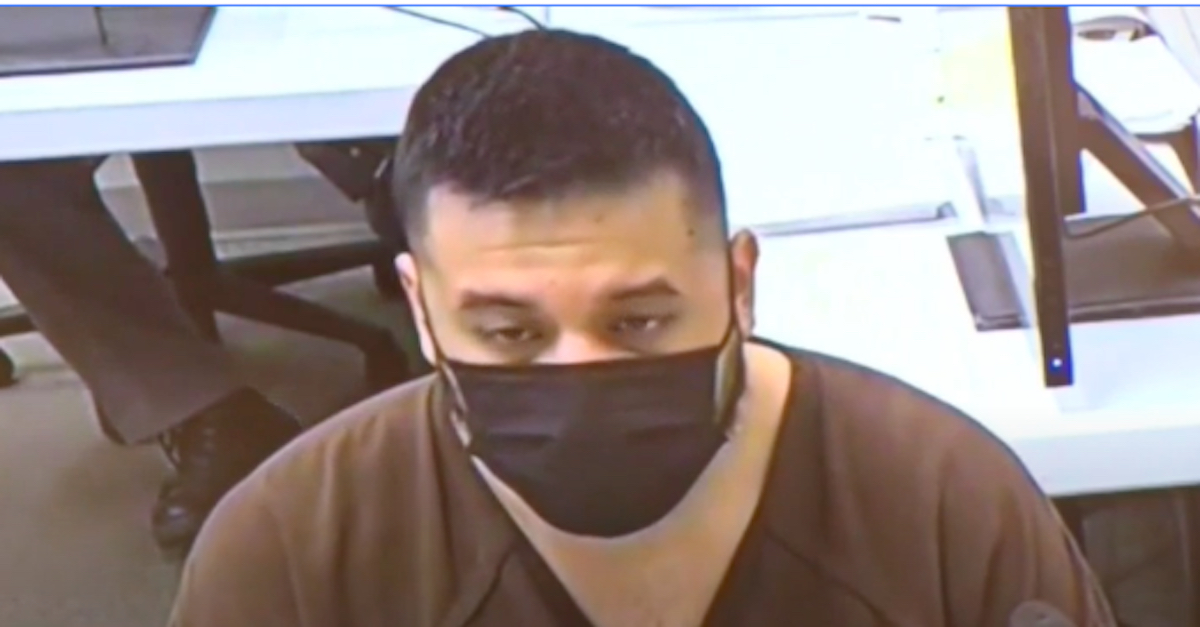 Warning: the details of this story are graphic and may be upsetting to readers.

A father in Washington was arrested and charged with killing his 5-week-old infant son after prosecutors say that he spent weeks intentionally inflicting pain and torturing the child until he died.

The Benton County Prosecutor’s Office on Wednesday charged 28-year-old Jose L. Rosas Olivo with one count of homicide by abuse and first-degree murder in the death of his newborn son, identified in court documents as JR, the Tri-City Herald reported.

According to the report, Olivo brought his son to the Kadlec Medical Center in Richland on the morning of Sept. 24. The victim was pronounced dead at 5:55 a.m. that day. Benton County Deputy Coroner Nicole Lee then contacted the Richmond Police Department due to the circumstances of the infant’s death and officers were dispatched to the facility.

In his initial interview with investigators, Olivo reportedly claimed that his son was sleeping on his lap as he was watching videos on his phone. He began falling asleep and accidentally dropped the phone which hit the child in the temple, the report stated.

Olivo reportedly claimed that he woke up at 5 a.m. that morning and found his son was not breathing, so he performed CPR and the infant vomited what appeared to be blood. The child’s mother had reportedly been asleep since 11 p.m. the night before.

Olivo was not immediately arrested, but police questioned him again after an autopsy performed by the Snohomish County Medical Examiner’s Office reportedly found that the newborn had “linear fracture on the right side of the skull, bleeding under the entire scalp, diffuse subdural hematoma, multiple anterior and posterior rib fractures (to include several that were broken in two places), and a lacerated liver,” Yakima CBS affiliate KIMA-TV reported.

In the post-autopsy interview, Olivo reportedly told investigators that he had tried to be a good father in the first few weeks of his baby’s life, but said at some point he “no longer cared” and began intentionally harming the crying baby.

Court documents reportedly detailed that Olivo told police that in the beginning he would pull his son’s hair and ears “in order to cause pain” and spank him whenever his diaper was changed, often hitting “above the small of his back with a flat hand.”

“Jose stated he understood what he was doing was causing pain, however, he stated he was unaware that it would cause an injury,” court documents reportedly said. “Jose stated that the evening before JR’s death, he was responsible for JR all night and grew increasingly frustrated with JR’s crying.”

The ruthlessly cruel treatment allegedly only became more malicious, with Olivo reportedly admitting that he “found himself throwing his infant son into his crib from a height above his stomach and chest,” according to KIMA-TV. Olivo reportedly threw the baby so he would rotate in the air “like a football” in a manner “to ensure that [the child’s] head hit the back railing of the crib.” The victim would then land in the crib which was cluttered with toys and objects Olivo said would be painful to land on.

KIMA-TV additionally reported that Olivo told police he began squeezing his son when he was about 3-weeks-old because he became “frustrated.” He allegedly said that he squeezed the boy “every day,” and often times with force “so hard that his shoulders would hurt from the force he place onto his son.” At least once the child stopped breathing for a period of time.

Olivo reportedly said he would wait for the baby’s mother to fall asleep before he began the ritualistic abuse of his son.

In the charging documents, Deputy Prosecutor Brian Hultgrenn reportedly wrote that Olivo “engaged in a pattern or practice of assault or torture” under circumstances “manifesting an extreme indifference to human life.”

Olivo is currently being held in the Benton County Jail on $500,000 bond.