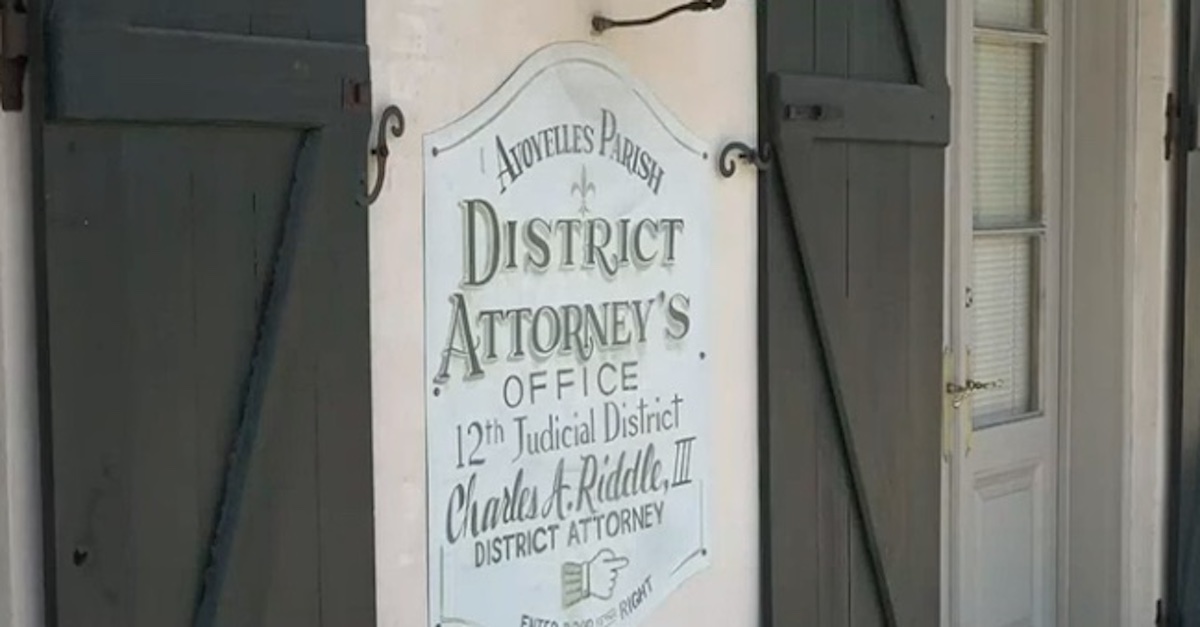 Seven years ago, the death of Megan Ducote Parra was ruled a suicide. Now her husband faces murder charges and more.

The 29-year-old mother of two died of a gunshot wound on June 28, 2014 in her home in Cottonport, Louisiana, according to a report in Avoyelles Today, and authorities deemed that she had died by suicide. Parra’s husband, Dustin Parra, now faces murder charges in Megan’s death, as well as obstruction of justice charges related to the investigation that followed.

Parra, 37, was indicted by a grand jury and charged with second-degree murder and obstruction of justice, local station KALB reported Thursday.

According to the indictment, Parra “did intentionally discharge a firearm at or near Megan Ducote Parra with the intent to kill or commit great bodily harm.” He also tampered with evidence “with the specific intent of distorting the results of any criminal investigation,” the indictment said.

The obstruction complaint arises out of the initial determination that Megan Ducote Parra died of suicide in Cottonport, Louisiana, according to the KALB report. 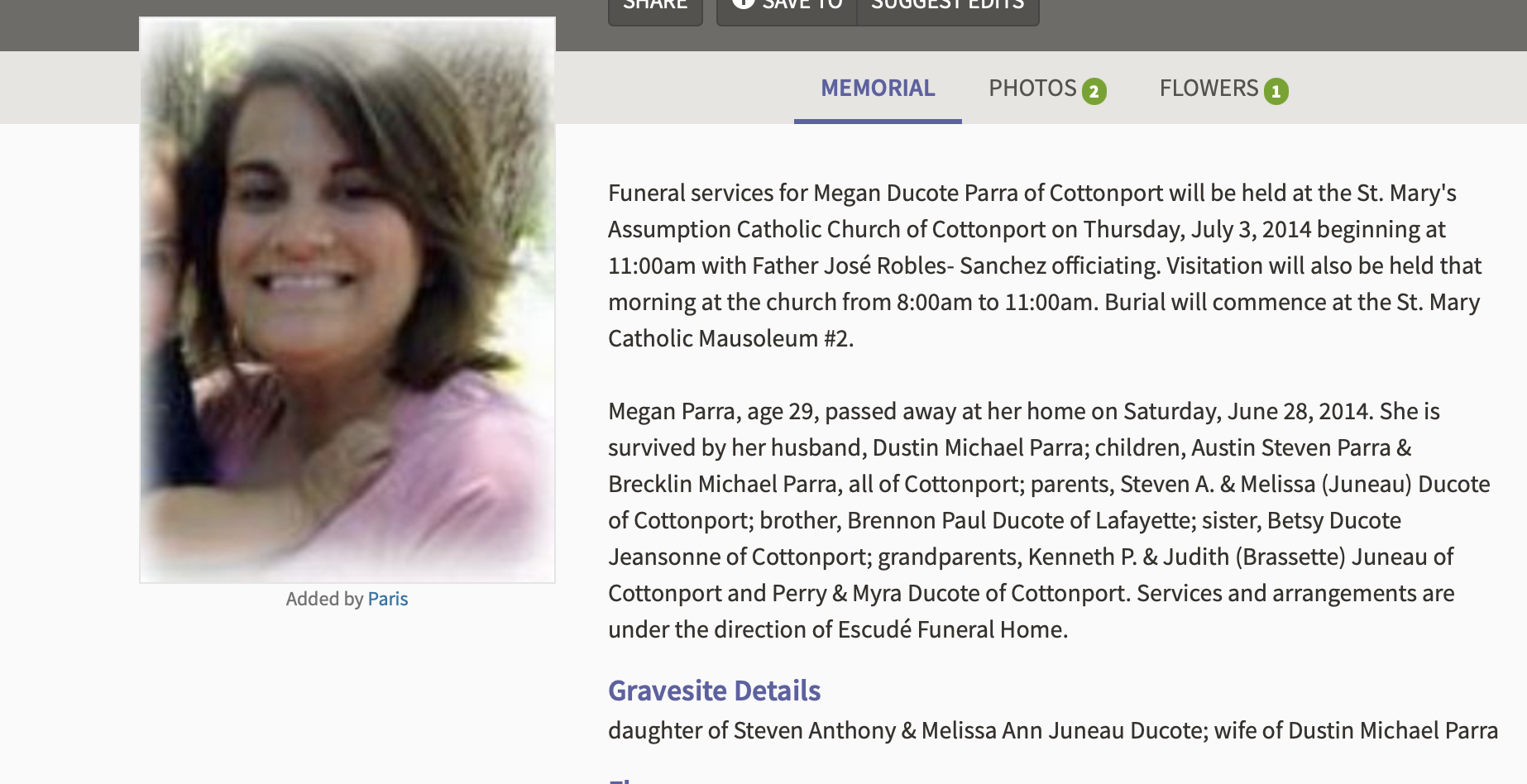 Megan Ducote Parra, as pictured on Find a Grave.

District Attorney Charlie Riddle told KALB that his office was in the process of getting an arrest warrant for Parra, and that an arrest could come in the next few days.

It was not immediately clear why the charges are being brought now, although one local report credit’s Megan’s family.

“Her death was ruled a suicide, but her parents and other family members never gave up their efforts to prove the death was a murder,” the Avoyelles Today story said, adding that the family would be issuing a statement.

Riddle, the district attorney, did not immediately return Law&Crime’s request for comment.