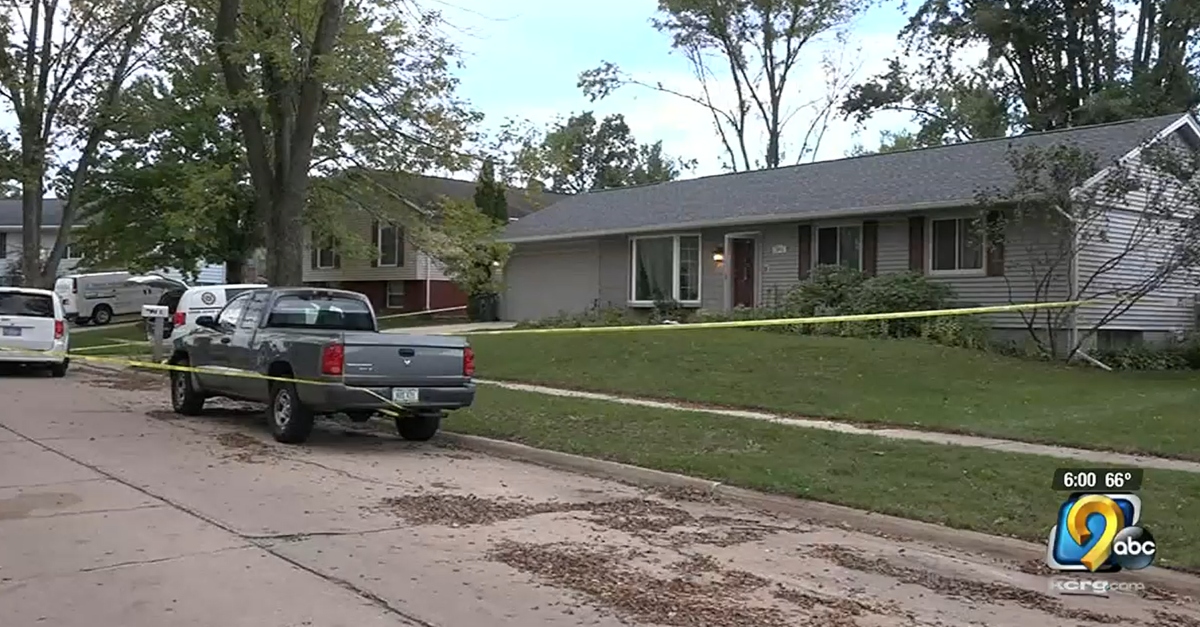 A 17-year-old boy faces charges as an adult for allegedly stabbing his parents to death with a knife—and then taking an axe to his mother when she appeared to be alive.

Cops in Cedar Rapids, Iowa, said they got a call Thursday at 2:10 a.m. of a suspicious person at 361 Carnaby Drive NE, where they found Ethan Orton siting outside. He was covered in blood. According to the criminal complaint, he admitted to killing his parents. Officers found Casey and Misty Orton dead inside the home, apparently stabbed to death.

Ethan Orton allegedly told officers he killed his parents to “take charge of his life.” He used a knife on both of them, then an axe on his mother after she appeared to be still alive, he said in the complaint.

Officers transported the defendant to the police station for questioning where he admitted killing his parents to “take charge of his life”. He indicated he used a knife to stab both and later used an axe to kill his mother when it appeared she was still alive after the first attack.

“Due to the seriousness of the offenses the 17-year old’s charges were direct filed to adult court,” police wrote on Facebook.

Those who knew the slain couple spoke warmly of them. Neighbors described them as kind and caring, according to KWWL.

“It’s very sad … Just hard to stomach,” neighbor Jean Garett told The Gazette. “They were generous people. Misty always had pumpkins for Halloween. They would decorate the house and have (spooky) noises. I can’t imagine this happening.”

Neighbor Michael Rinaldi said he did not know them well, but he said they would talk sometimes and Misty Orton would bring “candies and trinkets” for his girlfriend’s children.

“They were kind people,” he said.

We are heartbroken by the tragic passing of Casey and Misty.

Casey was an absolute ray of sunshine and someone that everyone loved. Not only was he an extremely accomplished technician, he had a passion for mentoring young aspiring technicians and he did it with great patience and mentorship. Every interaction with Casey left you feeling better and there are no words to describe how much he’ll be missed.

In the short time Misty worked with us, she made an immediate and positive impact. She always had a smile on her face and was looking for ways to make your day better.

The world lost two great people. They will be deeply missed. We are thinking and praying for strength for their family.