Suspect in ‘Cruel,’ ‘Extremely Brutal’ Murder of 93-Year-Old Woman in Her Apartment Accused of Torturing and Strangling the Victim 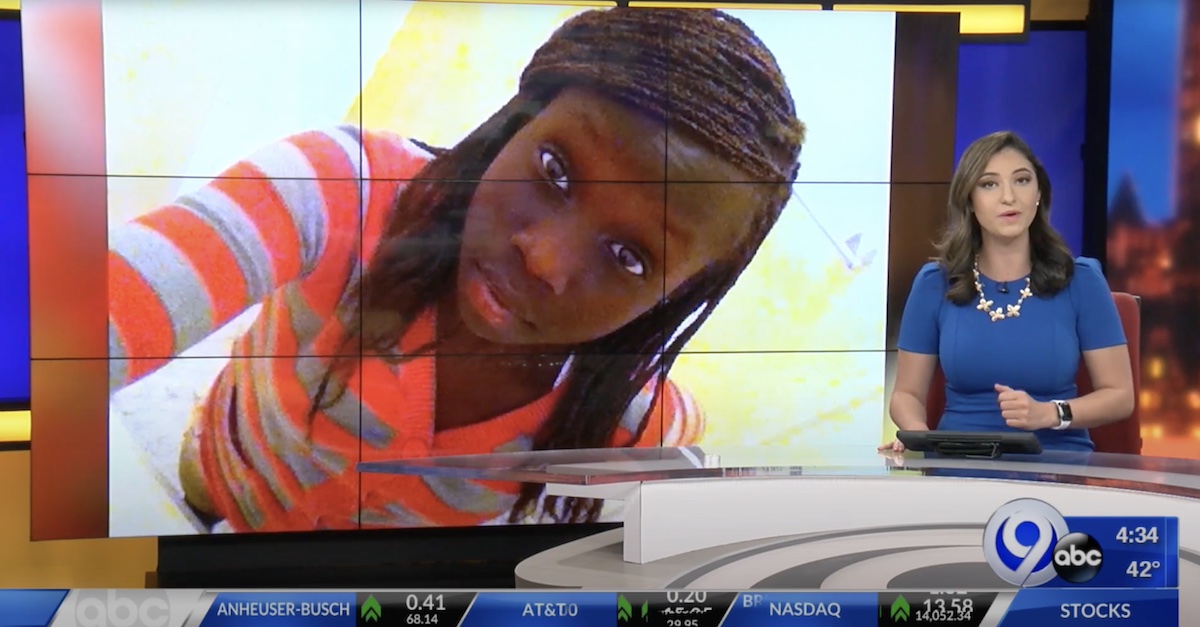 The 93-year-old woman who was murdered in her apartment in February was strangled, tortured, and stabbed by the 23-year-old suspect who committed the crime, an indictment filed Thursday in Onondaga County alleged.

An Onondaga County grand jury accused Afet of committing an “especially cruel and wanton” murder in the first degree, intending to “inflict and inflicting torture upon the victim” by “restrict[ing] the breathing of the victim, who was 93 years old, by stuffing items in her mouth and throat and […] stabbing her” repeatedly. The indictment further alleged that Afet killed Tuori by “suffocation/strangulation” in the course of a burglary. Afet was also indicted for second-degree murder, first-degree burglary, second-degree burglary, concealment of a corpse, and criminal possession of a weapon in the third degree.

As Law&Crime reported in late March, Afet allegedly followed Tuori into her Syracuse, New York apartment, killed her, and then began living in the apartment for weeks. Authorities said that Afet was able to commit the crime despite the fact that she had been arrested at least 10 times in the 12 months that preceded the killing. Onondaga District Attorney Bill Fitzpatrick said at a press conference after Afet’s arrest that the suspect had been arrested in “March, April, May, June, July, August, August, August, October of 2020.” Then she was arrested again in 2021.

Afet was released without bail in February after being arrested on an allegation that she committed a strong-arm robbery against a 74-year-old woman. The victim lived in the same Skyline Apartments building where Tuori was killed; the strong-arm robbery allegedly occurred one week before the alleged murder.

Although the killing allegedly occurred on Feb. 26, Tuori’s body was not found until March 17 in her apartment, where Afet — using the victim’s keys — allegedly lived for three weeks’ time. DA Fitzpatrick said that Afet wasn’t the only person seen entering and exiting the apartment during that time period. A friend of Tuori’s requested a wellness check 19 days after the alleged murder, WSYR reported. This was how police discovered that Tuori was dead in her apartment and that her body had been hidden in a bedroom.

“First of all, the fact that you have a 93-year-old victim and second is what was done to her,” McGunnigle told CNY Central. “This is one of the most brutal cases that I’ve ever seen in my career and that’s why it warranted the murder in the first degree which is really a torture murder.”

An obituary said that Tuori was born in Syracuse and traveled all over the world and to each of the continents.

“She enjoyed talking about her travels to family and friends, who enjoyed listening. Connie was a librarian and a teacher. She taught in Italy, Turkey, Syracuse, and California before retiring in 1982. She continued traveling until she was in her late 80’s. Connie was also an avid reader,” the obit said.

The apartment building where Tuori lived and was killed has been dubbed “notorious.” In the aftermath of the killing, local officials pressured Green National, the owners of the building, to make serious and immediate changes.

“I’m done with excuses. I’m done with second chances. Actions speak louder than words and the actions we are taking today are going to compel action by the property owners,” Syracuse Mayor Ben Walsh reportedly threatened in March. “And if they don’t they are not going to have control over that property much longer.”

That requires the owners to correct the health violations, including human feces and urine, and syringes in stairwells. It would also require the company to install new locks on the doors throughout the building, provide 24-hour security, and install surveillance cameras.

Green National responded by hiring a 24/7 private security team, Alpha Security. By the end of April, a Skyline community manager claimed that “vast improvements” were made to the building.

The reduced number of calls to the police appears to support that claim.

A CNY Central story published as recently as May 11 discussed the effects of the changes made at Skyline. The article included pictures that showed previously filthy stairwells, covered in feces and trash (seemingly including needles).

In the aftermath of Tuori’s horrific death, Vice President of Office Security for Alpha Jay Ortiz told the CNY Central that residents now need a key fob to enter the building, that visitors need to present identification, and that residents need to “verify that the person visiting is actually visiting someone who lives here.”

“So that if anything happens we have information of who came in the building, what time, and what apartment. This is one of the safety measures we use to make sure the tenants are safe and the people who are coming in here live here,” Ortiz said.

Records show that Afet remains in custody at the Onondaga County Justice Center.