Police Believe Suspect Who Was Arrested at Least 10 Times in the Last Year Murdered 93-Year-Old Woman After Following Her into Apartment, Lived in the Residence for Weeks 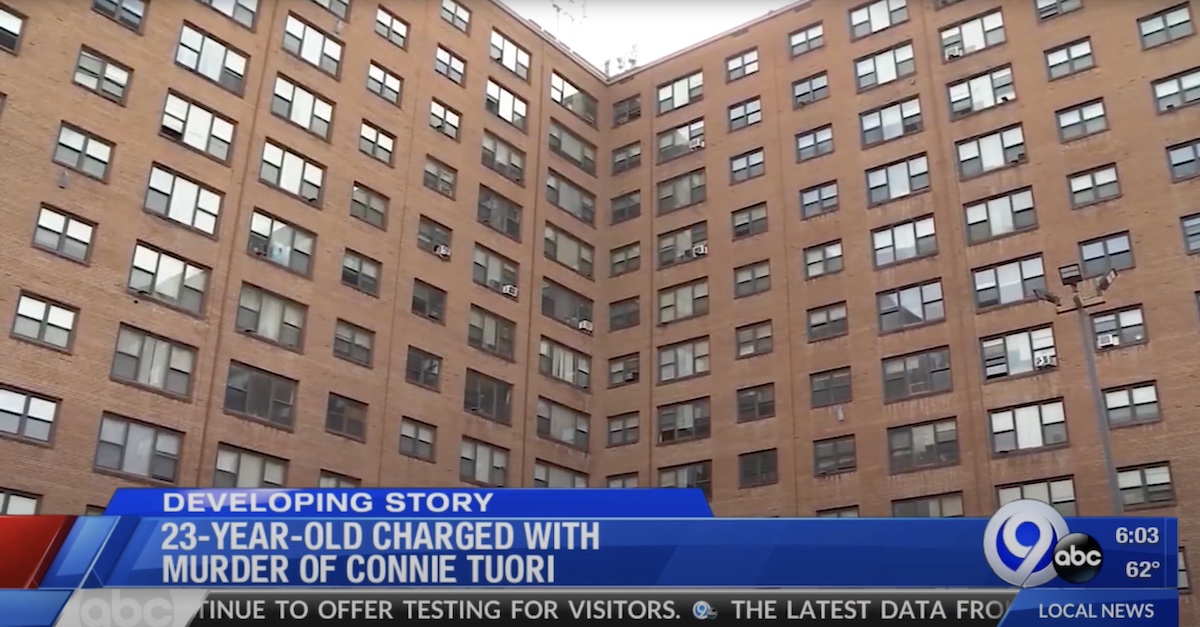 A 23-year-old woman who has been arrested numerous times is now accused of first-degree murder in the death of a 93-year-old woman. Victoria Afet allegedly followed Concetta “Connie” Tuori into her Syracuse, New York apartment, killed her, and then began living in the apartment for weeks.

The killing is believed to have occurred on Feb. 26 — just one week after Afet was arrested for strong-arm robbery of a 74-year-old woman at the same Skyline Apartments building. Afet was released without bail.

Onondaga County Sheriff’s Office records show that Afet has at least five different court dates set for 2021 after multiple arrests by the Syracuse Police Department, Onondaga County Sheriff’s Office, and New York State Police. Charges range from first-degree murder to assault to criminal possession of a controlled substance to criminal possession of stolen property to burglary to motor vehicle violations. All told, Afet was arrested at least 10 times in the last 12 months.

There were “arrests in March, April, May, June, July, August, August, August, October of 2020,” Onondaga District Attorney Bill Fitzpatrick said at a press conference on Thursday (see this timeline for more).

Tuori’s body was not found until March 17 in her apartment, where Afet — using the victim’s keys — had allegedly taken up residence for three weeks’ time. DA Fitzpatrick said that Afet wasn’t the only person seen entering and exiting the apartment during that time period.

During the press conference, Fitzpatrick said that the victim’s family has been made aware that those individuals would not be charged if they come clean about what they know and cooperate. The DA said they would be charged, however, if they lie to investigators or are not forthcoming with information.

An obituary said that Tuori was born in Syracuse and traveled all over the world and to each of the continents:

She enjoyed talking about her travels to family and friends, who enjoyed listening. Connie was a librarian and a teacher. She taught in Italy, Turkey, Syracuse, and California before retiring in 1982. She continued traveling until she was in her late 80’s. Connie was also an avid reader.

The Skyline Apartments were described just days ago by Syracuse.com as “notorious”:

Onondaga County Executive Ryan McMahon today announced that county social services officials will no longer pay rent for tenants at the Skyline Apartments, which has been declared unfit for occupancy. The county had previously paid nearly $150,000 a year to support 40 of the building’s tenants.

The 365-unit apartment complex on James Street has been notorious for squalid and unsafe conditions. Those conditions exploded into public view again last week after a 93-year-old tenant was found murdered in her apartment there.