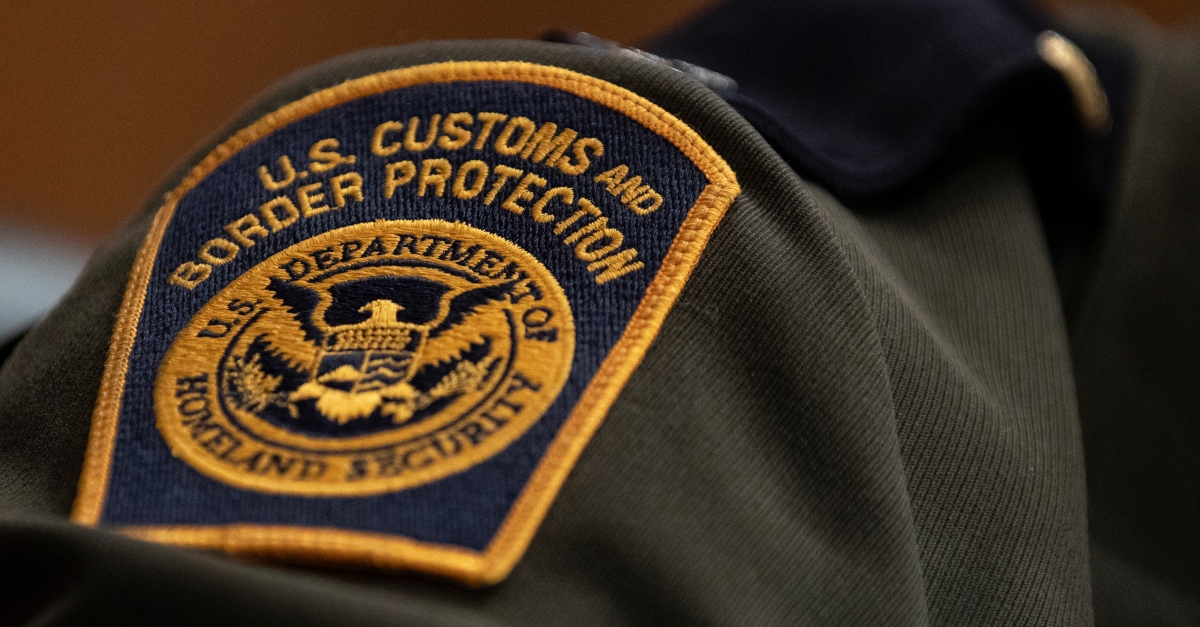 A U.S. Border Patrol (USBP) agent in Southern Texas was charged for informing and coordinating with smugglers as part of a conspiracy to unlawfully transport migrants and contraband across the U.S.-Mexico border, federal prosecutors said.

Rodney Tolson, Jr., an agent in the Border Patrol’s Laredo Division regularly assigned to Interstate Highway 35, was indicted by a federal grand jury and charged with felonies for his alleged role in the scheme to unlawfully move migrants across the border for money.

According to the indictment unsealed Friday, Tolson would “coordinate lane assignments” and intentionally “fail to inspect and fail to declare the nationality and status of [migrants] transported and moved through the Interstate Highway 35 checkpoint” to ensure those crossing the border unlawfully would not be detected.

The indictment specified six dates between February and March of 2019 when Tolson allegedly used his cell phone to inform smugglers of his inspection lane assignment, allowed them to illegally transport migrants through that lane, and then “received monetary compensation and payment” for the “smuggling activities.”

On the final date detailed in the indictment, March 26, 2019, prosecutors alleged that Tolson “did transport and move and attempt to transport and move” two migrants—Florentino Antonio-Apolonio and Silvino Venancio-Vicente—who were in the country illegally, for his own financial gain.

“It was part of the conspiracy that [Tolson] would by disloyal, dishonest, corrupt, unlawful, and improper actions and omissions, defraud the United States by interfering and obstructing the lawful governmental functions of the USBP, in that [Tolson], and others known and unknown, would coordinate the unlawful movement and transportation of [migrants] who had come to, entered, and remained in the United States in violation of law, and in furtherance of such violation,” federal prosecutors in the Southern District of Texas wrote.

Tolson was charged with one count of conspiracy to transport and move a migrant who was in the U.S. illegally and two counts of transporting a migrant for monetary gain “knowing and in reckless disregard of the fact” that they were in the country illegally. All three charges carry a maximum sentence of up to ten years in federal prison and a fine of up to $250,000.

U.S. Customs and Border Patrol on Tuesday issued a press release confirming that one of their agents had been arrested, though Tolson was not mentioned by name.

“A Laredo Sector Border Patrol Agent was arrested in Laredo, Texas, on May 21, after being indicted by a grand jury,” the agency stated. “He has been charged with felony offenses related to transporting undocumented individuals for private gain. The agent who was arrested entered on duty in 2008 and is currently on indefinite suspension. This investigation is being conducted by the DHS Office of Inspector General and CBP’s Office of Professional Responsibility with the full support of the Border Patrol Laredo Sector leadership.”

CBP also emphasized that it “stresses honor and integrity in every aspect of our mission and expects officers and agents to adhere to the oath they take to uphold and enforce the laws of this country,” and said the agency “will continue to support the criminal or administrative investigation of alleged misconduct by any of our personnel, on or off duty.”

Tolson’s attorney, Octavio Salinas II, did not immediately respond to an email from Law&Crime regarding the charges against his client.