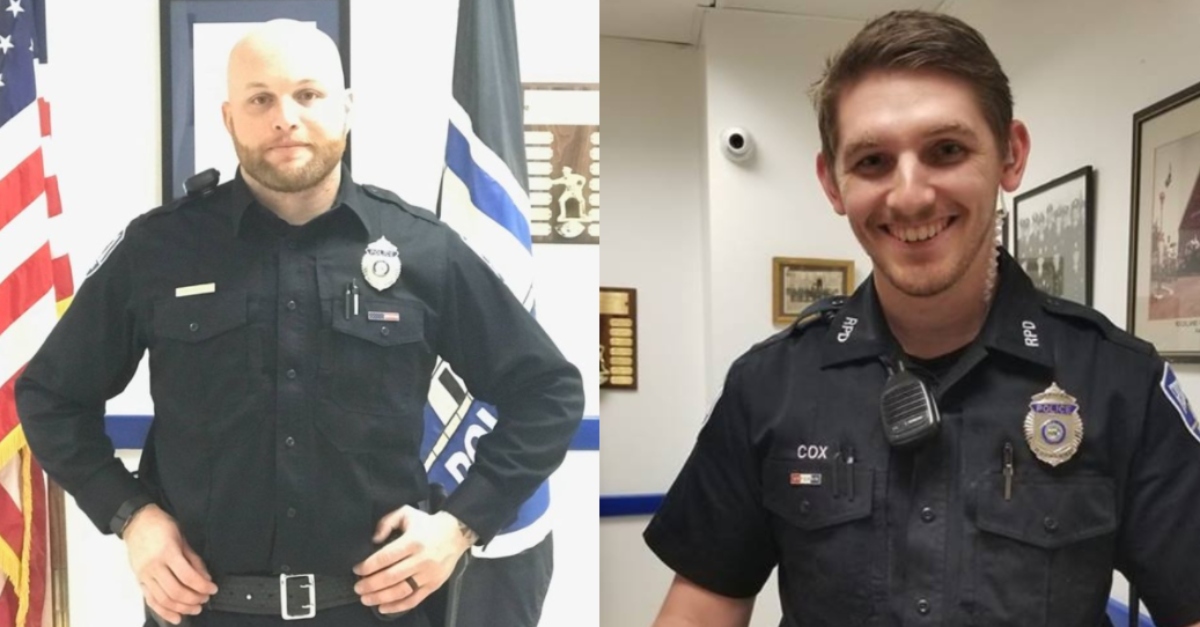 Two fired police officers have pleaded guilty to beating porcupines to death. Michael A. Rolerson, 31, had all but 20 days of a 270 day jail sentence suspended, according to Rockland, Maine news outlet The Courier-Gazette. Addison Cox, 28, was sentenced to 90 days behind bars, and all but 10 were suspended.

Rolerson and Cox were two members of the local police department charged with killing porcupines using batons. Both officers were reportedly fired September 22. A third allegedly posted video in which Rolerson killed one of the animals.

Other officers reportedly witnessed or heard about the incidents, and the killings surfaced when one of them told Officer Anne Griffith, who said she was going to report it. She recommended he do the same. He did.

“This was not dispatching a deer that was hit by a car,” Griffith wrote to her supervisor in a letter obtained by The Portland Press Herald. “This was not dispatching a pest animal that may be a threat to humans or domesticated animals. These porcupines were in their natural habitat and causing no harm. Officer Rolerson not only chased the animal into the woods to kill it, but returned with a smile on his face and appeared as though he enjoyed it.”

Sagadahoc County District Attorney Natasha Irving struck a different tone on Friday. Felony counts were dismissed because both men took responsibility for their actions, she said. Irving cited their history as combat veterans, and said they were getting care from the Veterans Administration.

Rolerson had told an investigator that he suffered from post-traumatic stress disorder after he served in Afghanistan with the U.S. Marine Corps. He had estimated killing eight porcupines, according to the Maine Warden Service. He told an investigator it was not that he disliked the animals, it is that they were rodents always getting into his camp and causing damage, and they were nuisances on the road, according to The Courier-Gazette.

“Mike is a decorated veteran, a dedicated police officer and a loving family man,” Rolerson’s attorney Steve Smith told CNN. “He and his family have been devastated by these accusations. This is not an opportunity for some activist to score cheap points on a police officer.”

Rolerson and Cox pleaded guilty to cruelty to animals, and night hunting. Neither spoke in court. Rolerson reportedly must spend six months on probation and has a $1,000 fine. He is scheduled to start his jail sentence in January. Cox was put on administrative release and was also fined $1,000. He is set to serve his jail time on weekends.