Woman Was Allegedly Hired to Bring Toddler to Daycare, But She Fatally Left Child in Hot Car 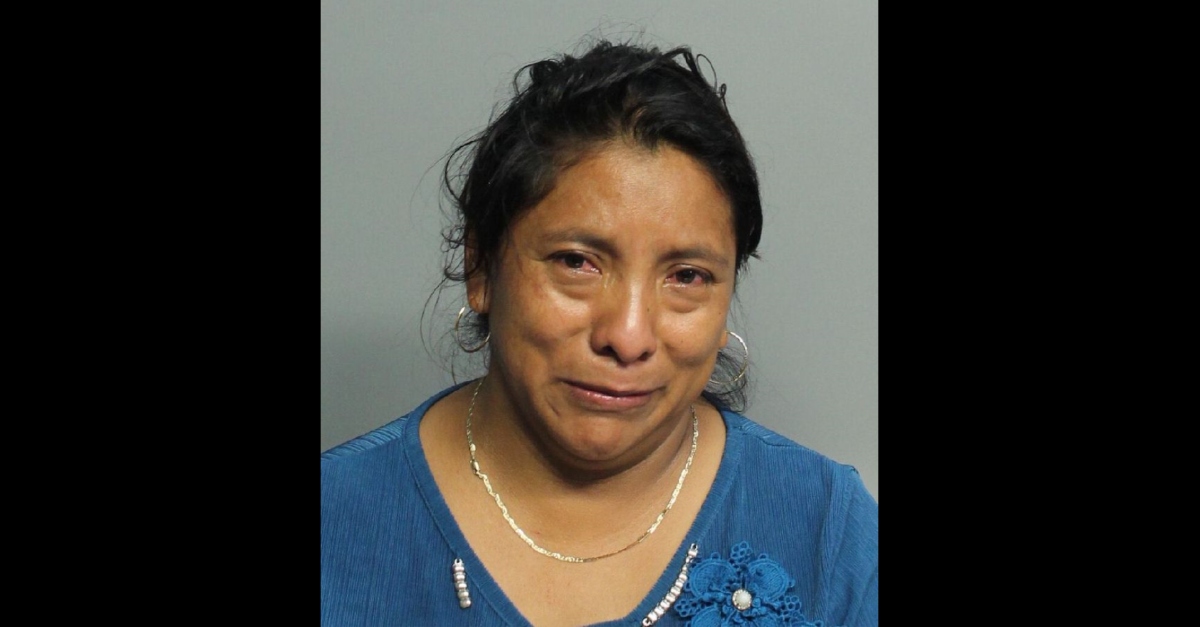 A woman has been accused of leaving a toddler in a hot car, where the victim died. Juana Perez-Domingo, 43, was booked into the Miami-Dade County Jail on Saturday for a count of aggravated manslaughter of a child under 18, online records show. The child was identified by her mother as Jocelyn Mendez, according to Local 10.

She was supposed to drive the 2-year-old girl to daycare in the city of Homestead, police said in an Associated Press report. The facility was not open yet, and Perez-Domingo took the child to her own home, officers said. The account is that she became distracted and forgot about the girl. She returned to the vehicle seven hours later, officers said. According to cops, Perez-Domingo, who did not have a driver’s license, called the girl’s mother and brought the toddler to the woman’s home. The 2-year-old died by this point, officers said.

Jocelyn’s mother told Local 10 she paid Perez-Domingo $40 a week to bring the child to daycare.

The autopsy was reportedly set for Saturday.

Juana Pérez-Domingo has been charged with aggravated manslaughter after police say she left a 2-year-old girl to die inside a sweltering van in Homestead.

The child was inside for some seven hours https://t.co/kasneHKWN6

Juana Perez-Domingo is locked up at the Turner Guilford Knight Correctional Center. She’s charged with aggravated manslaughter of a child. @MiamiDadePD says she left a 2-year-old girl in her care trapped in a hot car in Homestead for several hours on Friday, leading to her death. pic.twitter.com/b7QJUJp0R5

Perez-Domingo is held in lieu of a $50,000 bond, records show. She is represented by a public defender, records show. Law&Crime sent a request for comment.