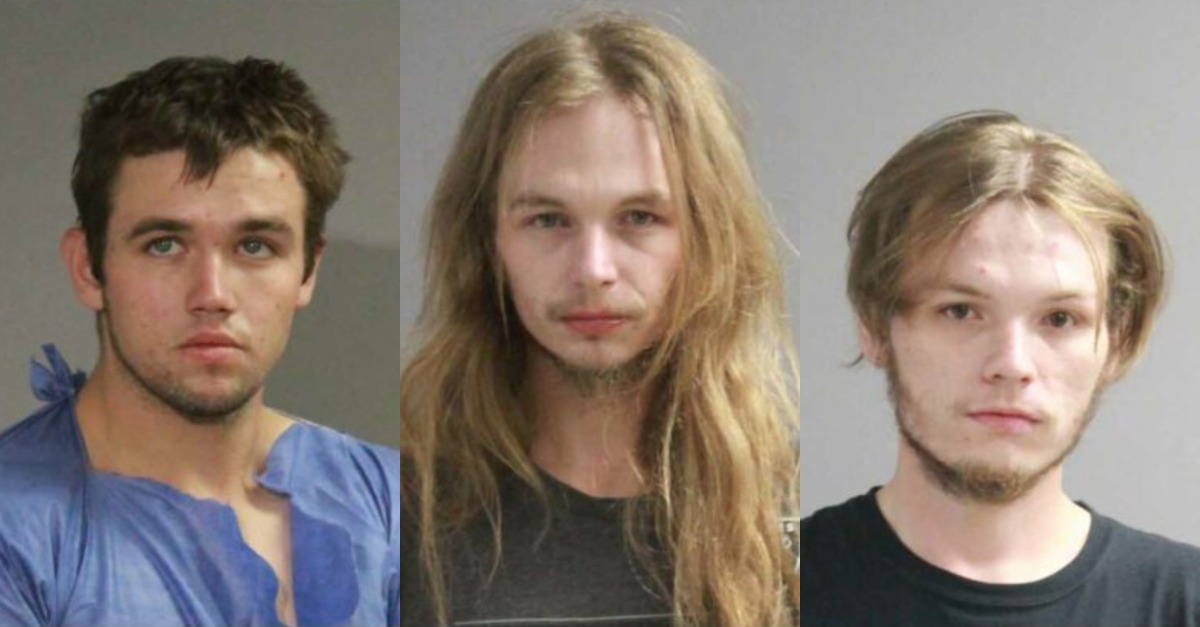 Three men in metropolitan Oregon have been arrested and charged with a panoply of crimes after a fourth man was found beaten to death and stored inside of a refrigerator over the weekend.

According to local ABC affiliate KDRV, the “grisly details” of the alleged murder were documented in a probable cause affidavit that was quickly sealed by a judge in Jackson County.

In comments to the outlet, Medford Police Lieutenant Mike Budreau “confirmed the details” regarding the death of 24-year-old Aaron Stitt. He cast the slaying as a planned robbery gone horribly awry.

Police believe the homicidal violence occurred early Saturday morning. Officers arrived at the scene of the crime–an apartment complex in a commercial area near a medical center, bank and beauty supply store chain–just after 11:30 a.m. in response to a 911 call about an alleged assault that possibly involved a firearm.

Budreau says responding officers first spotted one of the suspects outside of the apartment. That suspect allegedly gave chase when police approached him and went back inside the unit where the corpse was eventually discovered. After calling the man who allegedly ran away on the phone, however, he left the dwelling unit and was subsequently detained without incident, according to police.

According to local NBC affiliate KOBI, Scofield was the suspect in question who initially walked away before giving himself up.

The TV station also reports that the accused were “wildland firefighters who worked with Ashland-based Pacific Oasis Contracting.”

Once inside the apartment, officers conducted a search that allegedly turned up Stitt’s body stashed away in a closed refrigerator that belonged to one of the suspects. According to the MPD, it was clear the suspects had made an effort to clean up the crime scene.

Investigators believe Stitt was invited over to Scoffield’s apartment as part of a plan to rob him concocted by the trio. Details about what, exactly, may have gone wrong once that alleged plan unfolded are not, at the moment, being publicized by law enforcement.

According to the Jackson County Medical Examiner’s Office, skull fractures found on the dead man are “consistent with being struck by a hammer.” A formal autopsy, in the offing, has yet to be conducted.

Prosecutors believe the three suspects used either “a hammer and/or wrench” to kill their alleged victim before removing his clothes and then hiding them or destroying them–along with the alleged murder weapon or weapons. Those concealment efforts were focused on what the district attorney’s office called “blood, bloody clothing and weapons.”

Police did, however, recover several guns from the residence.

According to the Mail Tribune, at least one of the suspects–who was not named in the report–said Stitt had stolen from him in the past.

Each of the suspects were arraigned in Jackson County Circuit Court on Monday. They are currently being detained without bail.