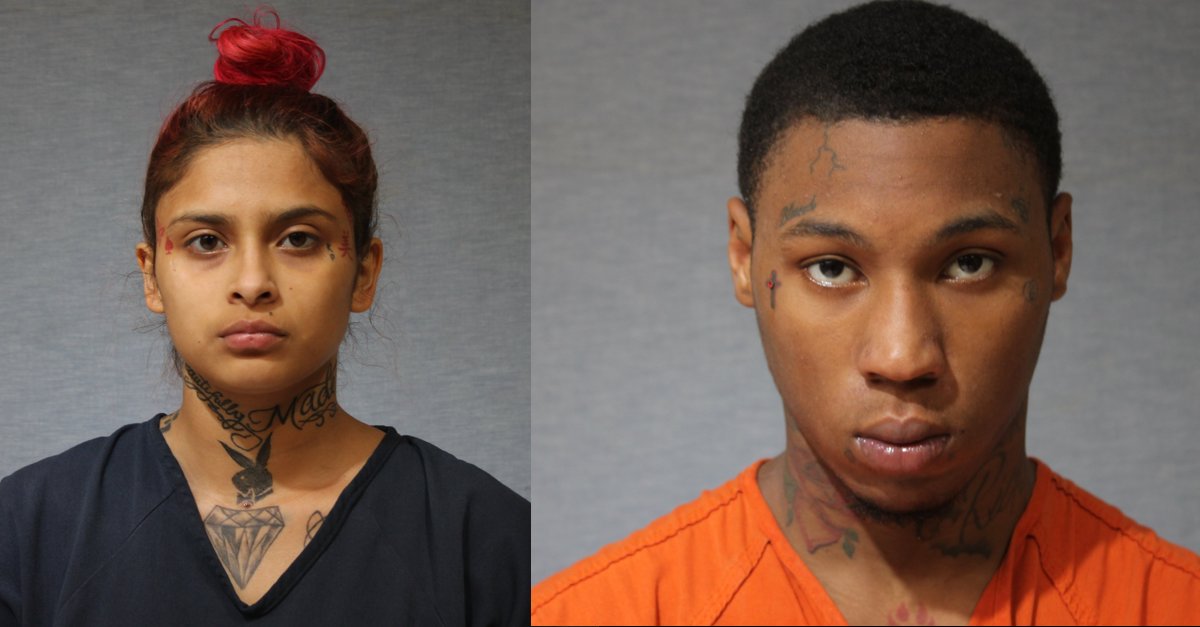 Two people have been arrested for the alleged murder of a 60-year-old woman in Texas who was killed in an apparent robbery while helping her daughter move in to her new home. Kvaughandre Presley, 20, and Gabriela Torres, 21, have been arrested and are currently in custody in connection with the death of Patricia Eifert, 60, Garland police announced Thursday.

NEW INFO: Officers have learned the #EastTexas woman killed in a Dallas-area home was the mother of a couple who had recently purchased the house, and was helping them move in.

Here’s what we know about the two suspects: https://t.co/GgOyDYnaef pic.twitter.com/AlEZc4a0HG

Eifert was found inside the house Tuesday suffering from multiple gunshot wounds, Garland police said. Officers were called to the home just before 7:00 p.m., and Eifert was pronounced dead at the scene.

“Officers learned from the family that the victim was the mother of a couple who had recently purchased the house, and was helping them move in,” Garland police said in a statement.

“All indications in the investigation show that this was a random act of violence and that the suspects were not known to the victim,” the police also said in the statement.

Police had initially sought the public’s help in identifying the suspects, after video surveillance showed a man and a woman in a black Ford Fusion in the alley behind the house.

Police are asking for the public’s help in identifying and locating the suspect vehicle and its occupants from a shooting that occurred on July 27, before 7:00 pm, in the 700 block of Briar Way. pic.twitter.com/daTEbaAU1P

“Both subjects began burglarizing parked vehicles and also entered the residence through the garage where the victim was murdered,” Garland police said.

The video shows the suspects getting out of the car and going into the house, and, later, leaving the house carrying unidentified items. One of the suspects is also seen taking items out of what is believed to be Eifert’s car.

“After committing the murder, it is believed the suspects continued their burglary spree in the neighborhood,” Garland police said. The two were allegedly involved in a hit-and-run a few minutes after leaving Eifert, and Presley is believed to have pointed a gun at the owner of the other car.

According to Eifert’s daughter, who had just bought the home with her husband, Eifert had just put in her two weeks’ notice to retire, and was looking forward to helping her daughter settle in to her new house.

“My mom was fixing a cabinet for me and the new place, and some people broke in and they shot and killed her and that was it,” Annie Bryant told local station KDFW. “She was gone.”

“She was so proud and so excited that I bought my first home,” Bryant said. “She just wanted to fix it up how I wanted it.”

Bryant told KDFW that her mom visited the new house after leaving work on Tuesday evening. Bryant’s husband is the one who found Eifert inside the home.

“If you are going to steal, just steal, but to just shoot and kill somebody, it’s just senseless,” Bryant said. “It was just a random act.”

Both Presley and Torres are in custody in the Garland Detention Center on $1 million and $750,000 bond, respectively.