UPS Worker Bragged to Co-Worker About Entering Pelosi’s Office on Jan. 6, Calling It the ‘Best Day of His Life’: Feds 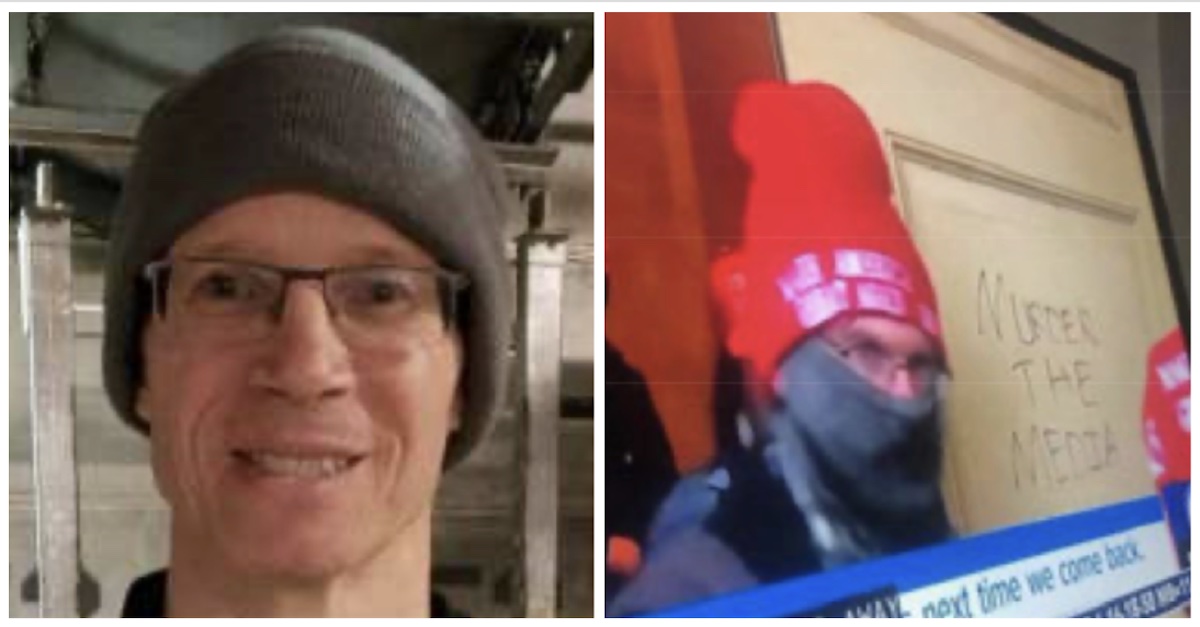 A worker at a UPS hub in Lawnside, New Jersey was arrested on Thursday for several federal offenses that he allegedly committed on Jan. 6 and then bragged about the next day, according to the Department of Justice.

The FBI said that multiple tips and witnesses identified Donald Smith as one of the hundreds of people who unlawfully breached the U.S. Capitol. The first tipster identified themself as a UPS co-worker of Smith’s.

“He has videos on his phone and was bragging about it at work,” the person said. “I work with a man who showed up with pictures and video of him and others storming the white house (sic). He says he was in Nancy Pelosis office and that it was the best day of his life. I do not condone these actions and would like to report him. His name is Donald Smith and we work at UPS in Lawnside NJ. I have a picture of him. Thank you in advance for your help.”

A second tipster also identified Smith as UPS worker. The person said that they said Smith on TV (see: image above).

The FBI said it followed up on the tips and weeded out numerous Donald Smiths in N.J. by finding the one Donald Smith who worked for UPS.

The first witness told the feds the suspect was not at work on Jan. 6 (a Wednesday) and then returned to work the next day beaming about the previous day’s events.

A third witness — also a UPS co-worker — corroborated that Smith was not at work on Jan. 6 and admitted the next day that he stormed the Capitol, the FBI added.

“Additionally, Witness-3 stated that DONALD SMITH claimed that he had a great time and was in House Speaker Nancy Pelosi’s office,” the complaint went on.

That third witness said that a fourth witness took photos of Smith on TV walking past the door where pro-Trump rioters had scrawled the words “Murder the Media.”

The FBI said that it obtained a search warrant of Smith’s phone and found that it pinged “from Lindenwold, New Jersey, to Carney’s Point, New Jersey, to Newark, Delaware, to Aberdeen, Maryland, to Baltimore, Maryland, to Silver Spring, Maryland, [and] ultimately arrived in Washington, D.C.” on the morning of Jan. 6. Then the phone returned in the opposite direction and arrived back in New Jersey that after 9 p.m. the same day, authorities added.

The DOJ said that Smith was taken into custody in Pennsylvania on Thursday and faces the following charges:

Disorderly and Disruptive Conduct in a Restricted Building or Grounds

Parading, Demonstrating or Picketing in a Capitol Building