‘There Was Blood Everywhere’: Walgreens Employee Charged with Killing Teen Co-Worker Who Told Management His ‘Advances’ Made Her ‘Uncomfortable’ 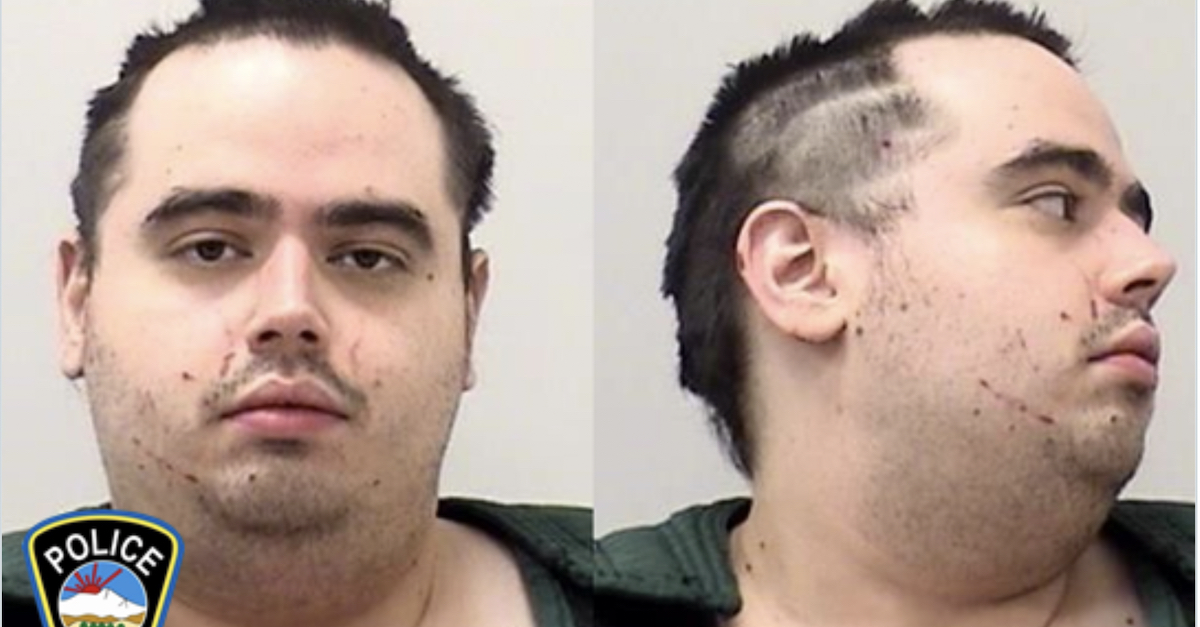 A Colorado man is behind bars this week for allegedly murdering a teenage Walgreens co-worker who previously “complained” that his advances “made her uncomfortable,” according to an affidavit.

According to an arrest affidavit, officers with the Colorado Springs Police Department responded at approximately 6:55 p.m. on June 11 to a 911 call from a Walgreens store located at 6820 Centennial Boulevard. One of the store managers, Justin Zunino, told the emergency dispatcher that he had “found a body in the break room” and “there was blood everywhere.”

Upon arriving at the scene approximately seven minutes later, first responders located the body of a 17-year-old female, quickly identified as Whitelaw, in the employee break room. She appeared to have suffered “significant trauma to her neck area,” police said.

“There was a large amount of blood on the floor around the head of the victim,” the affidavit stated. “There were significant blood stains on the floor, cabinets, and counter of the break room. There was an identification badge on the floor and a radio earpiece on the floor near the victim’s feet. Officers observed no sign of life.”

Zunino told police that another manager contacted him at approximately 5:30 p.m. because Whitelaw had never returned from her break. Zunino returned to the store at approximately 6 p.m. to review surveillance footage which allegedly showed Johnson behaving oddly in the moments before Whitelaw went missing.

The video allegedly showed Johnson “stacking bins in front of a surveillance camera” until the camera was completely blocked. Someone then taped paper over the windows in the employee break room and put up a “restroom closed” sign “to keep people out.”

After watching the footage, Zunino went to the break room area and found Whitelaw’s body, stating that there “was blood everywhere and he did not enter the room,” per the affidavit.

That’s when police learned that Whitelaw had previously filed complaints against Johnson for “advances” he made towards her while they were at work.

“Zunino stated Riley had complained about Joshua about a year ago because he had made advances toward her, and it made her feel uncomfortable. Mr. Zunino stated he had warmed Joshua to keep things professional and Joshua appeared to be receptive,” the affidavit said. “Several weeks ago, Riley had requested to work a different schedule because Joshua made her feel uncomfortable. When she made another request for additional hours, she was told it would require working with Joshua.”

Another manager told police that Whitelaw’s boyfriend visited her at the store approximately three months ago. During that time, the manager said “Joshua appeared to be acting jealous.”

That manager unknowingly ran into Johnson as he may have been attempting to clean himself off just after Whitelaw’s murder, authorities say. While looking for Whitelaw by the dumpster out back, the manager “smelled a strong odor of bleach” and attempted to open the door. She then heard “a male voice saying he was changing” and could see his feet under the door. But by the time she got Zunino, the man was gone.

A customer also told police that at approximately 5:44 p.m. she was in the deodorant aisle when she thought she heard a woman screaming and stalls slamming. However, she thought that “she could not have heard what she thought so she purchased the item and left.”

Colorado State Patrol Troopers arrested Johnson approximately 100 miles away from the Walgreens on Sunday morning. Investigators said that he “had scratches on his hands and face” when he was picked up.

Johnson allegedly told police that he previously had a crush on Whitelaw, but said his feelings had changed. He also allegedly admitted that he was in the break room after Whitelaw was killed.

“Joshua admitted to being in the break room and stated he fell in the blood. Joshua admitted he was the person [the manager] talked to by the dumpster and he was trying to leave. He went home right after ‘that happened’ and took off all his clothes because they were all bloody,” the affidavit states. “Joshua denied stacking the totes in front of the camera even when confronted that there was surveillance video showing him doing it.”

Police said the investigation into Whitelaw’s death is ongoing and asked anyone with information to call (719) 444-7000.

The murder defendant remains held without bond at the El Paso County Jail.

Jail records indicate that a court date is scheduled for 8:30 a.m. on June 21.