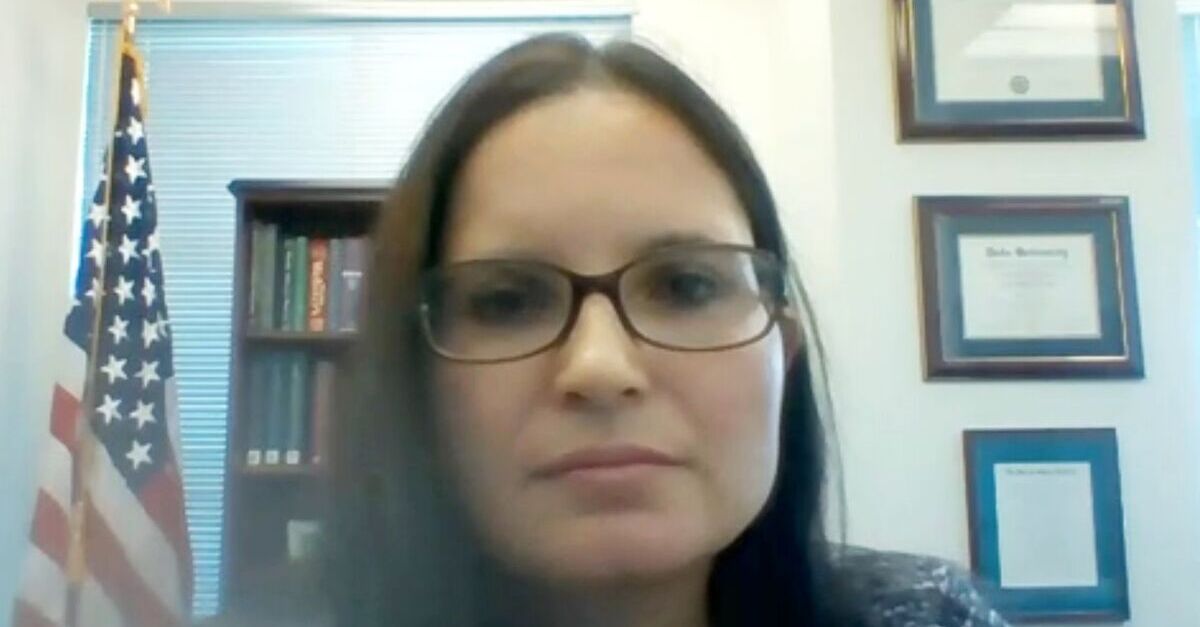 A Texas woman was recently arrested for allegedly making death threats against the judge overseeing the courtroom battle between former President Donald Trump and the U.S. Department of Justice over documents seized from Mar-a-Lago in early August.

Tiffani Gish, a Houston-area resident, stands accused of one count each of influencing a federal official by threat and interstate communications with a threat to kidnap or injure over voicemails left on U.S. District Judge Aileen Cannon‘s court chamber telephone.

According to the six-page federal criminal complaint leveled against the defendant, the voicemails in question were left on Sept. 1, 2022 – and specifically sent to Supervisory Deputy U.S. Marshal Michael Witkowski, but addressed to the Trump-appointed jurist.

Hi, yes, this message is for Aileen Cannon, this is Evelyn Salt, I’m in charge of nuclear for the United States Government. Again, Donald Trump has been disqualified long ago, and he’s marked for assassination, you’re helping him ma’am. So, here’s what we’re going to do, we’re going to let you disarm fucking live nukes off your coffee table….how about you sit on an electric chair a couple times over…you think you’ve got the magical ability to pop up from the dead…pretending that you’re on the team of justice. Again, I told you he’s disqualified, he’s marked for assassination and so are you, you stupid botch, stand the fuck down or get shot…and guess what, I’m also Trump’s hitman, so consider it a bullet to your head from Donald Trump himself…

Evelyn Salt is the name of a character from the 2010 Angelina Jolie movie, Salt, in which the actress plays a mysterious CIA agent.

In two additional voicemails, the defendant allegedly refers to herself as Salt and “a federal fucking agent” who levels a series of expletive-laden additional threats against the southern Florida judge.

“My authority exceeds the POTUS, and what you’re trying to pull is obstruction of justice, as this motherfucker is responsible for 9/11,” the second message says. “I’m going to fucking have you shot myself. I’ve already ordered snipers and a bomb to your fucking house.”

In the third message, the defendant allegedly threatens to “grab” her “license to kill” and “take [her] ass to fucking Florida.”

“I’m going to personally throw a bullet to your fucking head in front of your kids,” the third message goes on, “You stand the fuck down.”

On Sept. 3, 2022, Cannon reported the series of threats to the U.S. Marshal Service, according to a detention order which concedes the alleged threats are “very disjointed and bizarre.”

According to the complaint, Gish was identified by recent Facebook posts in which she allegedly mirrored several of the key concepts and language of the voicemails and her cellular phone number.

The complaint also alleges the Secret Service was previously “aware of comments and threats” Gish made toward Trump.

During a roughly 45-minute-long interview with federal agents, part of which was conducted from her balcony while agents stood on the street outside, Gish allegedly admitted to making the threatening phone calls and was subsequently arrested.

According to NBC News, Gish’s mother told federal agents earlier this year that her daughter is diagnosed with severe bipolar disorder.

“Gish is unemployed, has no family or friends who will act as co-surety or third-party custodian,” the detention order notes. “Unfortunately, given her mental problems, Gish has no self-control and is not likely to follow this court’s order. The court believes she will continue making online threats, will not show up for court, and will not follow the supervising officer’s instructions.”

“The court understands defense counsel’s argument that Gish has not carried out the threats, but the court considers the threats themselves to be harmful,” the order by the U.S. District Court for the Southern District of Texas, signed by Magistrate Judge Peter Bray, concludes.