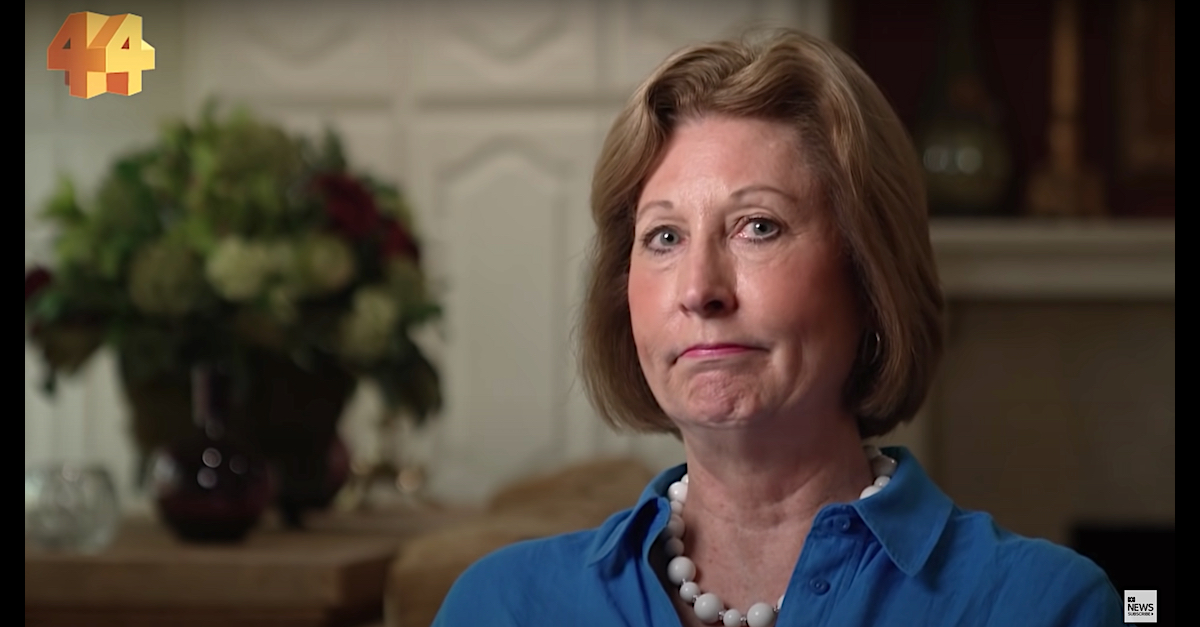 The team of so-called “Kraken” lawyers behind efforts overturn the 2020 presidential election outcome and keep Donald Trump in office has accused a federal judge in Michigan of targeting them for sanctions because of their political views.

Attorneys Sidney Powell, Howard Kleinhendler, Gregory Rohl, Julia Haller, Brandon Johnson, and Scott Hagerstrom filed a reply Monday in their appeal of U.S. District Judge Linda Parker‘s sanctions ruling before the U.S. Circuit Court of Appeals for the Sixth Circuit. Officials in Michigan and Detroit are seeking to recoup at least some of what they spent on fending off the lawyers’ still-unproven election fraud claims, which Parker found to be “a historic and profound abuse of the judicial process.”

“It is one thing to take on the charge of vindicating rights associated with an allegedly fraudulent election,” Parker wrote in her August 2021 ruling. “It is another to take on the charge of deceiving a federal court and the American people into believing that rights were infringed, without regard to whether any laws or rights were in fact violated. This is what happened here.”

Parker had referred the Kraken lawyers — so-named by Powell herself after a mythical sea monster that emerges from the depths of the ocean to destroy its enemies — for disciplinary action.

In a reply brief in support of their appeal, the attorneys essentially accuse Parker, a Barack Obama appointee, of playing politics, and they urge the Sixth Circuit to vacate her ruling.

“The District Court’s order bristles with disapproval, disdain, and incredulity at Plaintiffs’ position,” the brief says, implying that Parker intended to “punish” the lawyers for pursuing their claims simply because she did not agree with them.

“Far from according the greater leeway that has always been applied in fast-moving election litigation with deep First Amendment and public policy implications, the District Judge adopted a nit-picky, censorious approach, venting her revulsion at what she viewed as an unjustified assault on our political process,” the filing continued. “This is viewpoint discrimination — the most odious intrusion on First Amendment rights known to our law. It cannot stand.”

Framing their cause in First Amendment terms, the lawyers make lofty comparisons of their efforts to some of the most important landmark civil rights cases in U.S. history, including Lawrence v. Texas, a case that conservative Justice Clarence Thomas recently said should be reconsidered by the Supreme Court.

“How would Brown v. Board of Education, Loving v. Virginia, and Lawrence v. Texas — and scores of cases like them — have reached the Supreme Court if lawyers were afraid of having their careers defenestrated for failing to come up with authorities that were not ‘distinguishable’?” the brief asks. “Under the regime imposed by the District Court and exuberantly endorsed by Appellees, we would be living in a world where the votes of citizens are weighted unequally, the press is oppressed by ruinous defamation suits, and contraception is illegal. The law would suffocate for lack of advocates willing to risk their careers by challenging the established order.”

The brief, characterizing the attorneys as having accepted losing their litigation efforts regarding the 2020 election, says pursuing sanctions will have grave consequences for the disenfranchised.

“They accept the loss, though they do not agree with it,” the brief says. “But to then punish them for trying; to nit-pick their witness affidavits for inferences the District Judge thought implausible; to disparage the authorities on which they relied because they don’t have a case directly on point; and to hit them with career-ending sanctions because the judge was offended by ‘the narrative that our election processes are rigged and our democratic institutions cannot be trusted,’ strikes a hard blow at our system of advocacy. This Court must reverse, if not for the sake of Appellants, then for all those with seemingly hopeless causes who desperately need a lawyer to vindicate their rights.”

In a passage evocative of efforts to characterize the Jan. 6 attack on the U.S. Capitol as “legitimate political discourse” — though fueled by escalating and unproven claims of voter fraud by Trump and his allies — the brief then includes a Dr. Martin Luther King, Jr. quote.

“Our Framers gave us the First Amendment not merely to protect individual liberty but to secure the legitimacy (and thereby the continuation) of government itself,” the brief says. “They knew that without the First Amendment’s pressure valves — the rights of individuals to assemble, to speak, and to petition for redress — our great experiment would fail, because citizens who lack channels for peaceful expression of grievances will eventually, ineluctably choose non-peaceful means. It was in Michigan, in fact, that Dr. King said 54 years ago: ‘I must say tonight that a riot is the language of the unheard.'”

In this filing, Powell and the other attorneys repeated their request that Parker’s sanctions order be vacated, and that any disciplinary efforts be dropped.

“Appellants respectfully request that this Court vacate the District Court’s sanctions order and the award of fees and costs to opposing counsel, order the recall of the disciplinary referrals precipitously issued by the District Court and, if the matter is remanded for any reason, that the case be re-assigned to another district judge,” the filing says in its conclusion.

The Sixth Circuit has previously rejected a request from Powell to stay enforcement of the sanctions order.