Texas Man Suspected of Killing, Dismembering, and Burning 3 People Told Police He Was ‘Being Called to Commit Sacrifices’: Affidavit 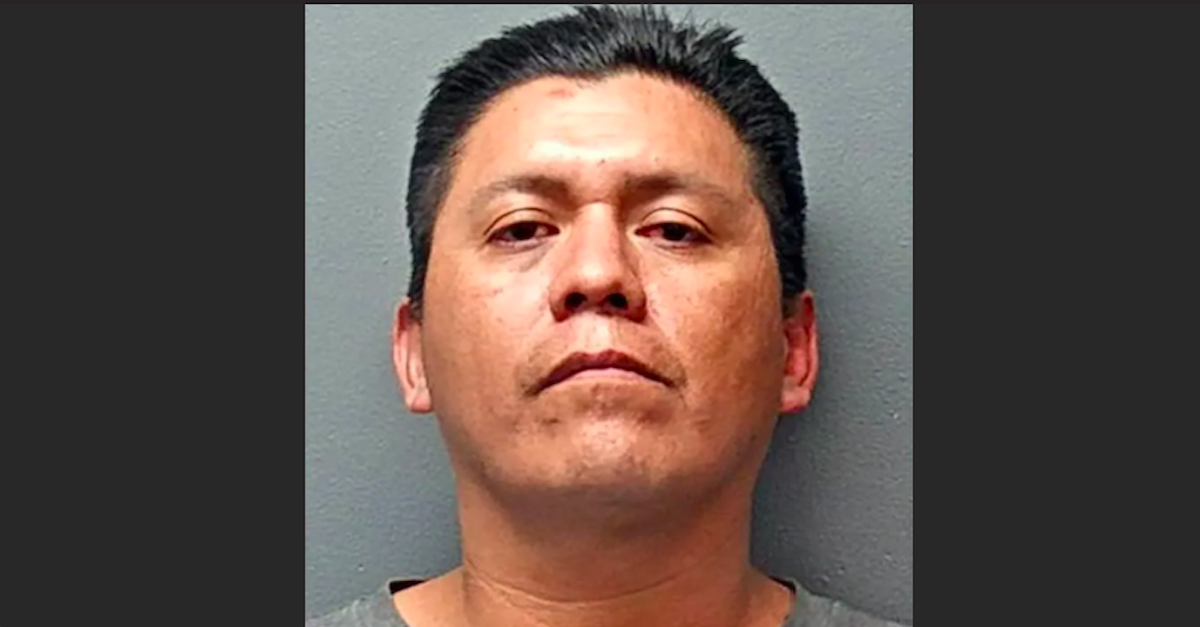 A Texas man suspected of murdering three people whose dismembered bodies were discovered in a dumpster fire last week confessed to the killings by telling investigators he had an in-depth knowledge of the Bible and “believed that he was being called to commit sacrifices,” police said. The man also confessed to committing at least two other “sacrifices” prior to the triple murder.

The Fort Worth Fire Department discovered the three bodies after responding to a call about a dumpster on fire outside of a business located in the 3100 block of Bonnie Drive at approximately 6:15 a.m.

Investigators with Fort Worth PD’s Homicide Unit were called to the scene and identified one of the three “burned and heavily dismembered” bodies as David Lueras, 42. After initially stating that the other two bodies as being an unknown child and an adult female, police on Tuesday said that both remaining victims were adult females whom they believe they have already identified.

Using other surveillance footage from the surrounding area, investigators identified the vehicle as being registered to Thornburg, who the authorities described in a press conference as an American Indian male who was “recently investigated for the suspicious death of his roommate on May 21.”

Police soon learned that Thornburg was staying at the Mid City Inn in Tarrant County. Surveillance footage from the motel showed Thornburg loading several large containers into his Jeep “while wearing what appears to be a full body suit, which is worn in jobs that involve drywall, paining, or hazmat cleaning situations,” the police said. The times and the distance to the dumpster site also coincided with the surveillance footage from the dumpster site.

One of the motel residents recognized a photo of Lueras and told investigators he had stayed with “for two or three days last week.” The resident said he had also seen a woman recently staying in the room.

Three detectives located Thornburg at a residence in Arlington where he was performing electrical work. The authorities said he voluntarily agreed to speak with those detectives and allegedly confessed to murdering the victims and storing them in his room before the fire.

“Thornburg described having an in-depth knowledge of the Bible and believed that he was being called to commit sacrifices,” an affidavit reads.

He allegedly told detectives that Lueras showed up at his room about five days before the bodies were discovered in the dumpster.

“Thornburg believed that David needed to be sacrificed,” the affidavit states. “He sliced David’s throat and then cut him into pieces in the bathtub. Thornburg initially hid the remains in his room in trash bags before obtaining Rubbermaid type tubs to store them in.”

Detectives also asked him about the other victims found in the dumpster. He allegedly said that a “small Hispanic female” he knew came to his room two days after he killed Lueras.

“Thornburg said that he sacrificed her as well by cutting her throat and dismembering her body and also storing her remains in the storage tubs,” per the affidavit. “Two days later an additional female came to his motel. He knew her as [redacted]. Thornburg described initially trying to stab her but said that he ultimately had to strangle her. He cut her body in pieces and also stored her remains in the tubs.”

Detectives said Thornburg similarly admitted to “sacrificing” his roommate Mark Jewell, 61, who was killed in a suspicious fire in May.

“Thornburg said that he sacrificed Jewell by slicing his throat. He then uncapped the natural gas line and lit a candle in the room,” the affidavit states.

Per the affidavit, Thornburg also “sacrificed” his girlfriend in Arizona who detectives said was a American Indian woman whose family had reported her missing.