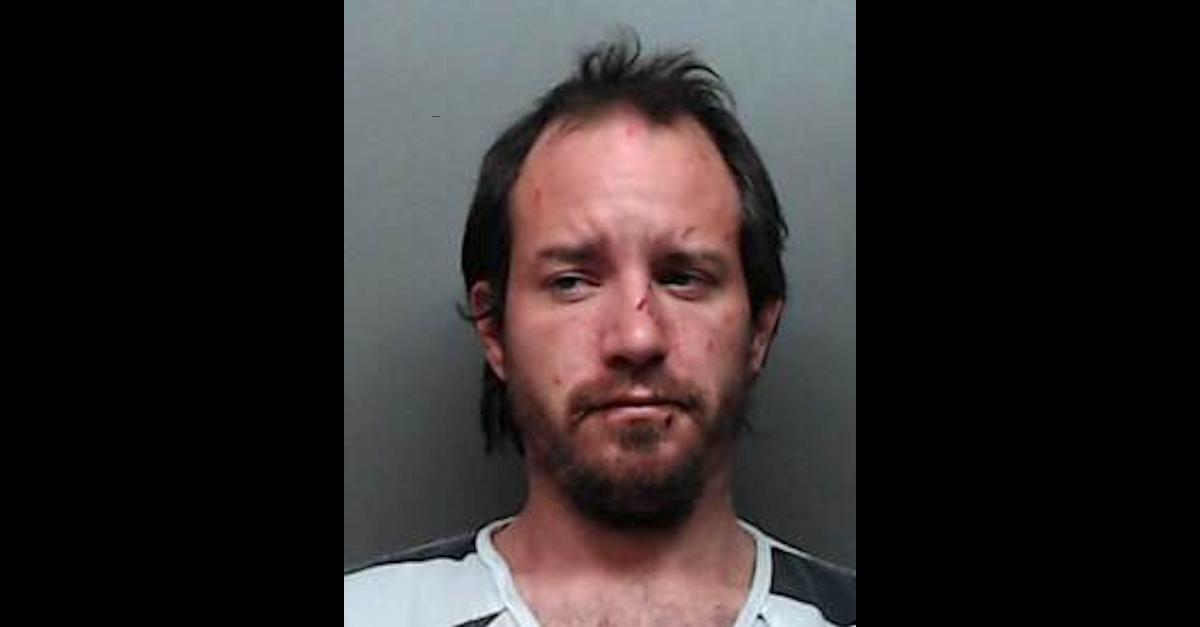 A Texas man is heading to prison on a 45-year sentence for stabbing a Black restaurant manager in the face — and more.  The defendant, James Chester Kemp, 30, was further convicted of spitting on a Hispanic officer, calling the officer a “Mexican pig,” and threatening to rape the officer’s children, according to a report in the San Antonio Express News which was shared by the Kendall County Criminal District Attorney’s office.

The length of the sentence was in part due to a hate crime enhancement.  Judge Kristen Cohoon determined “the assault had been motivated by bias or prejudice because of Miller’s race,” the newspaper reported.  Kemp’s underlying convictions in the case were for aggravated assault with a deadly weapon (as per the restaurant manager) and harassment of a public servant (as per the police officer he threatened).

Ferrill Delano Miller, 53, was working at Church’s Fried Chicken restaurant in Boerne, Texas, when Kemp called him a racial slur and threatened to kill him before slashing his face.  Sixteen stitches were required to mend the wound, the Express reported.  Miller testified that Kemp had been bothering people at the restaurant all day and that the defendant lashed out he (Miller) asked him to leave.  A prosecutor said that Kemp was homeless.

Officer Ricardo Gomez, Jr., who arrived at the scene to take Kemp away, said Kemp hurled insults and threats while demanding to speak to only white officers and investigators.  Gomez wrote in a report that he turned on a voice recorder to capture Kemp’s words as evidence.  He testified that neither he nor his family would feel safe if Kemp were to be released given Kemp’s threat to get out of prison and rape his children.

While he was being booked, Miller predicted he would soon be released.  He was wrong.  He won’t be eligible for parole for 22 years.  He could have been sentenced to 99 years in prison.

Kemp complained during the booking process of mental illness.  Prosecutors said that was no excuse.

“Kemp has been a threat to the citizens of Kendall County for years, and many other counties before that,” said Erica Matlock, Assistant Criminal District Attorney, according to a news release obtained by the TV station. “While we recognize the need for mental health compassion and treatment, we will not tolerate it as an excuse for violence against our citizens or our law enforcement.”