Tennessee Teen Kidnapped a Woman 8 Months Pregnant at Gunpoint for Being ‘Rude,’ Tried to Force Her to Walk Home Naked: Police 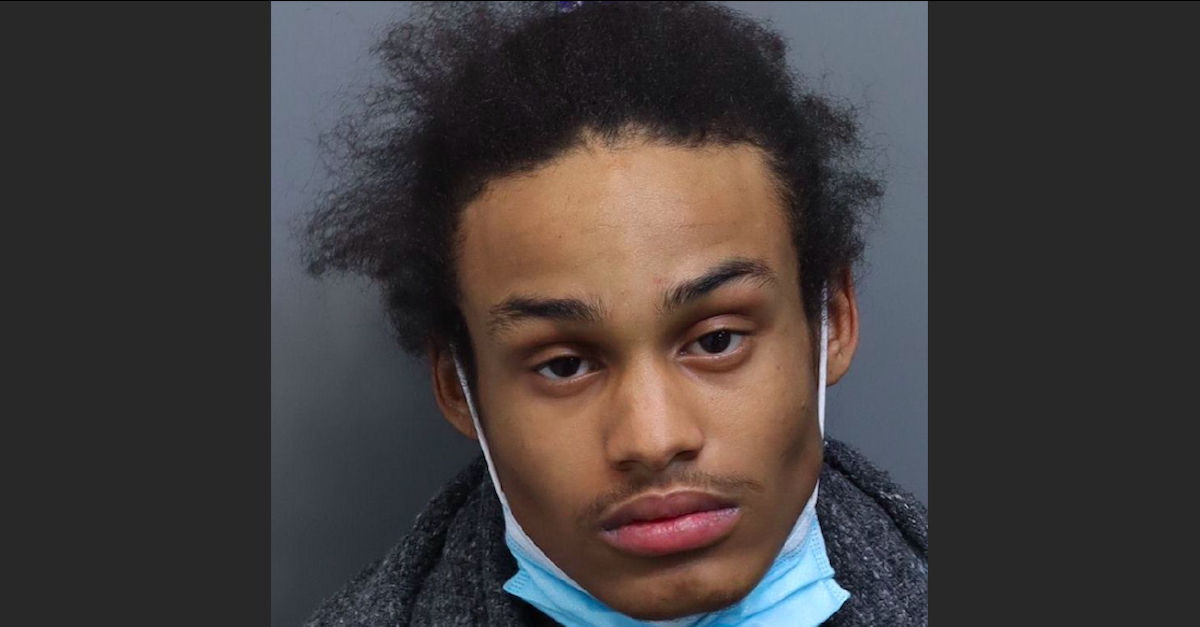 An 18-year-old man in Tennessee is behind bars this week after police say he kidnapped and assaulted a woman 8 months pregnant before trying to force her to strip and walk home naked.

Shylo S. Billings was taken into custody on Tuesday and charged with one count each of aggravated kidnapping, aggravated assault, assault with a viable fetus as victim, and theft of property over $1,000, Chattanooga ABC/Fox affiliate WTVC reported.

According to an arrest report obtained by the station, officers with the Chattanooga Police Department on Jan. 18 responded to a 911 call from a woman who reported that her pregnant friend had been abducted and was being held against her will. The woman reportedly directed police at approximately 7:15 p.m. to a residence located on Cypress Street Court.

Upon arriving at the residence, first responders knocked on the front door. A male, later identified as Billings, opened the door but quickly closed it on the officers and ran up the stairs of the home, the affidavit reportedly said. The responding officers then entered the home, where they found a pregnant woman. Authorities did not release the name of the alleged victim or the friend who reported the alleged kidnapping.

Per the report, police said the pregnant woman appeared to have sustained visible injuries to her face. She then reportedly recounted a harrowing tale of violence and abuse.

The victim reportedly said she and her friend were walking home from Walgreens when Billings pulled up next to them in a car and offered to drive them home. When she declined the offer, Billings allegedly exited the vehicle and approached the victim. He then allegedly “put a handgun to her belly” and ordered the victim to get in his car. She complied and Billings allegedly drove them both to his home.

Billings allegedly took the victim’s phone and forced her into his home where he allegedly “pushed her to the ground” and threatened to kill her unborn child, per the affidavit. He then allegedly “pushed her” upstairs and locked her in the bathroom. He allegedly ordered her to strip off all of her clothes, saying she was not allowed to leave unless she agreed to walk home completely nude. Records show that local temperatures at the time were between 39 and 46 degrees.

The victim reportedly told police that when she refused to walk home naked, Billings responded by pushing her to the ground, forcing her to land on her stomach. He then allegedly kicked her in the stomach and locked her in the bathroom, leaving her there for approximately two hours, the affidavit reportedly said. She reportedly spent that time attempting to signal for help.

At some point in the evening, the victim reportedly said that Billings hit her in the face with the handgun. Police reportedly recovered a handgun from the home that matched a description given by the victim.

Following his arrest, Billings allegedly told police that the ordeal began because the victim was “rude” to him. He also claimed that she attempted to punch him.

Billings is currently being detained at the Hamilton County Jail without bond. He is scheduled to appear before Judge Gerald Webb at 8:30 a.m. on Jan. 25, per online records.

The Chattanooga Police Department did not immediately respond to a message from Law&Crime seeking additional details on the incident.