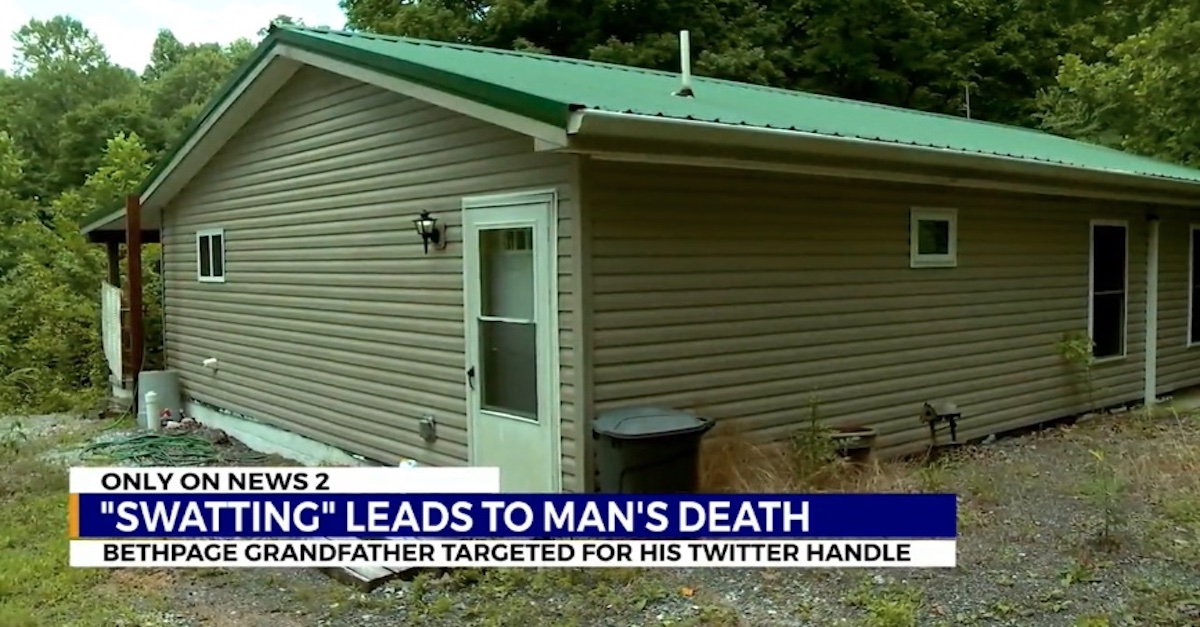 A teenager whose fake call to police in Tennessee ended in the death of a 60-year-old man has been sentenced to five years behind bars after pleading guilty to conspiracy.

Shane Sonderman, now 18, was sentenced by a federal judge on Wednesday to 60 months in prison and three years of supervised release for his role in a “swatting” call in April 2020 that led to the death of Mark Herring, 60. News and details of his death emerged earlier this month.

“Swatting” is harassment technique that involves calling law enforcement and emergency response teams into action by falsely claiming a dangerous situation or emergency is occurring at a residence. Sonderman had targeted Herring repeatedly, demanding that he give up his Twitter handle @Tennessee. Herring — who had been approached numerous times by multiple people to sell the handle — steadfastly refused.

On the night of April 27, 2020, Sonderman posted the names and address of Herring and his family to a channel on Discord, an online platform for chats and discussion forums. A teenager from the UK used Herring’s information in a call to local emergency services and claim there had been a shooting at Herring’s residence.

Herring’s family members, meanwhile, had started receiving multiple pizza deliveries that they did not order.

Law enforcement descended on Herring’s property, surrounding his house. Herring, not knowing what was happening, initially emerged from his house with a gun, but immediately complied when police ordered him to drop it. Then, as he was complying with police commands to put his hands up, Herring collapsed.

According to a report by Brian Krebs, Herring’s girlfriend Ann Billings spoke at Sonderman’s sentencing hearing Wednesday. Billings said that when police arrived at Herring’s house, he was trying to cooperate with them.

The Krebs report explains how the victim died:

Unable to disengage a lock on his back fence, Herring was instructed to somehow climb over the fence with his hands up.

Billings said Mr. Herring then offered to crawl under a gap in the fence, but when he did so and stood up, he collapsed of a heart attack. Herring died at a nearby hospital soon after.

“If someone was having a baby, he would ask them, ‘What are your naming the baby?’” Ms. Herring said, according to Krebs. “And he would get them that Instagram name and give it to them as a gift.”

Sonderman, now 18, apologized for his actions at Wednesday’s hearing, according to Krebs.

“While his recitation was initially monotone and practically devoid of emotion, Sonderman eventually broke down in tears,” Krebs reported.  He noted that Sonderman’s mother confirmed her son’s bipolar diagnoses while sobbing and “begg[ing] the court for mercy while saying her son didn’t deserve any.”

The judge in the case said that although he is giving Sonderman the maximum sentence allowed by law, he acknowledged that, in light of Herring’s death, the law seemed “inadequate.”

“This is a whole different level of insidious criminal behavior here,” the judge said, according to Krebs’ report.

The judge’s ire could perhaps be related to the fact that Sonderman violated the terms of his release after signing a plea deal in March. According to prosecutors, Sonderman “decided post-plea to once again conspire with others to harass people online in order to obtain control of their social media handles[.]”

The judge ordered him back into custody.

[Image via screengrab from WKRN]