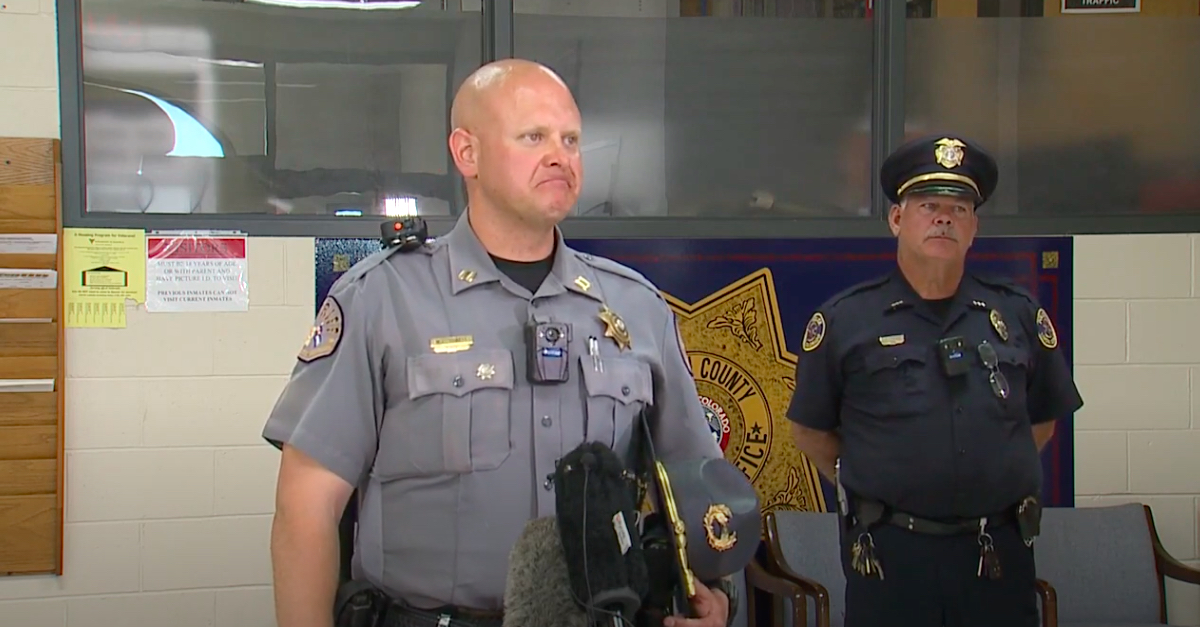 The man suspected of shooting a Colorado sheriff’s deputy several times in an early hours ambush Thursday morning was found dead in a nearby field from what investigators believe to be a self-inflicted gunshot wound, several local news outlets reported.

According to the reports, Lincoln County Sheriff’s Deputy Michael Hutton remained in serious but stable condition Thursday afternoon after suffering multiple gunshot wounds while responding to a call concerning a theft. The official Twitter account for the sheriff’s office posted a picture of Hutton in the hospital Thursday afternoon that showed him making a “thumbs up” gesture and referring to him as “our hero.”

Here is our hero…. pic.twitter.com/Q93nNimUo2

Hutton was responding to a report that someone was breaking into the back of a semi-truck parked on U.S. 40 and stealing merchandise from the rear cabin.

“Within seconds of being out of his car and investigating this theft, he was hit with a hail of gunfire and was hit multiple times,” Yowell said during an afternoon press conference.

Hutton was quickly wounded and took cover in a nearby ditch, Yowell said, adding that the shooter then took aim at the truck driver who placed the 911 call. The truck driver was not hit by a bullet but did suffer some minor injuries.

It was not clear whether Hutton discharged his weapon during the incident. Yowell said that investigators used footage from Hutton’s body camera to identify the shooter.

“Deputy Hutton at the time could not communicate but his body camera was able to,” Yowell said.

The deceased suspect, who initially fled the scene following the shooting, was found in a field approximately 1,000 yards away from the site where Hutton was shot. The body was discovered following a multi-agency manhunt that was prolonged by foggy conditions. The sheriff’s office did not identify the suspect on Thursday, but Yowell confirmed that his identity would be released by the coroner’s office in the coming days.

“We called everybody,” Yowell said, noting that the sheriff’s office only employs 10 deputies. “We were looking for someone who had just taken out 10 percent of our law enforcement officers.”

A veteran of the U.S. Air Force, Hutton has been with the sheriff’s office for over seven years after spending more than a decade as a military police officer, according to The Denver Post.