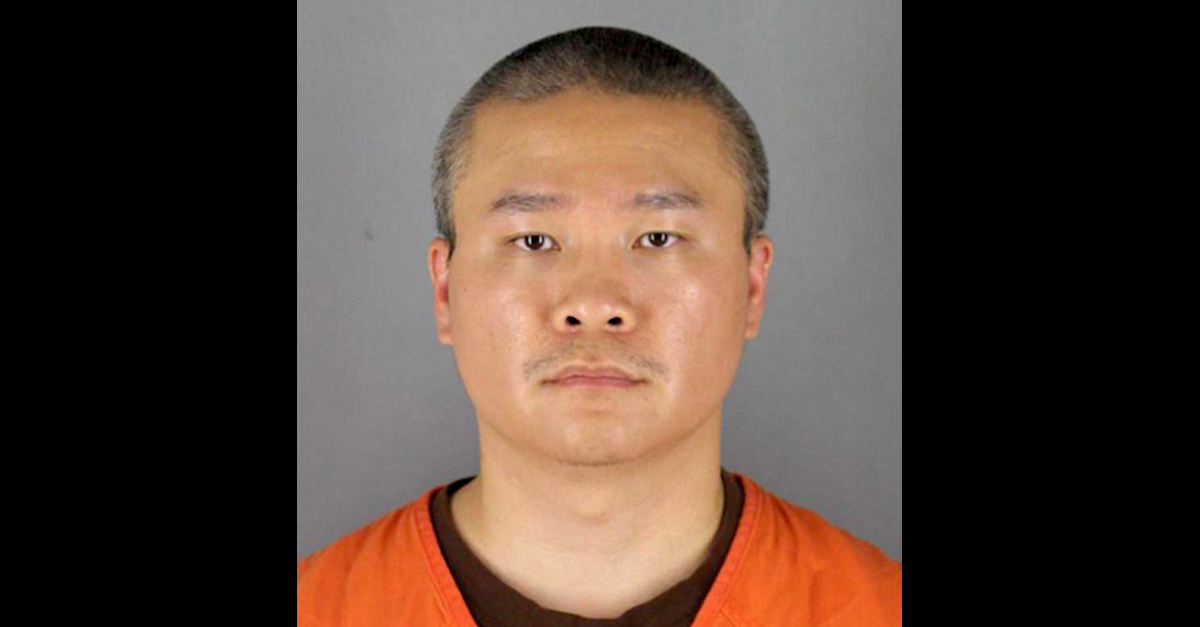 Prosecutors on Thursday fired back at claims made last week by defense attorneys for former Minneapolis police officer Tou Thao that suggested the Hennepin County Medical Examiner’s report into the death of George Floyd was “coerced” by outside influencers. As Law&Crime previously reported, Thao’s attorneys levied those bombastic charges in a May 12 motion for sanctions.

“This is yet another bad-faith attempt by Defendant Thao to debase the State, disqualify members of the prosecution team, and divert attention from his role in the death of George Floyd on May 25, 2020,” reads a response motion filed by the state.

That motion further accuses the defense of “an ongoing pattern . . . of submitting requests for relief without any valid legal basis, in order to manipulate the narrative and influence public opinion.”

Prosecutors argued that four previous defense motions for sanctions — July 14, 2020; December 11, 2020; February 15, 2021; and May 12, 2021 — were both “frivolous” and excessive. The state then attempted to fully jettison the defense claims of coercion against the medical examiner:

“While criminal defense attorneys generally have greater leeway than civil attorneys in zealously advocating on behalf of their clients, that leeway does not give them carte blanche to file with impunity repeated frivolous and disparaging motions with no good faith basis in fact or law,” the government motion continues.

It then delves into the battle of the experts between Baker and Fowler during the murder trial of co-defendant Derek Chauvin. The prosecution noted that “hundreds of medical professionals” found Fowler’s “testimony to be so contrary to accepted medical standards that they publicly expressed concerns about the credibility of Dr. Fowler’s work.” This, the state argues, was proof that Baker’s conclusions were correct and that Fowler’s conclusions were not.

“The very fact that over 400 such professionals from across the land have repudiated Dr. Fowler’s testimony is evidence against, not for, the wild accusations of defense counsel,” prosecutors wrote.

Then came a bevy of other strong words for the defense:

Defendant Thao’s specious allegations are just the latest iteration of his desperate smear campaign against the State. Counsel’s unprofessional motion practice is unbecoming of any attorney, let alone one with decades of experience. A criminal defense attorney’s obligation to zealously advocate on behalf of his client does not give him carte blanche to harass prosecutors with frivolous filings, to repeatedly attempt to taint the jury pool, or to baselessly accuse the prosecution and other professionals of committing misconduct. Defense counsel should not be permitted to continue this pattern of harassment up to and through the trial in this case. The State therefore respectfully requests that this Court summarily deny Defendant Thao’s motion, and asks that the Court admonish counsel to cease filing frivolous motions of this kind.

What the defense characterized as coercion as to the cause and manner of Floyd’s death was instead characterized by prosecutors as the gathering and the discussion of additional evidence beyond the autopsy — including “video evidence and toxicology evidence” — in an attempt to provide a more complete picture as to what occurred in Floyd’s final moments.

Among those about whom the defense complained was Mitchell. The prosecution described him as someone “acquainted with Dr. Baker professionally as a colleague and fellow forensic pathologist” who “reached out to Dr. Baker” to “discuss[] this case.” While the defense argued Mitchell’s actions were nefarious — even criminal — the state argued they were innocuous. Again, from the state’s motion:

The State did not know of, much less make contact with, Dr. Mitchell until the fall of 2020, during its routine search for potential experts. As part of that process, Dr. Mitchell, like other potential experts, was provided with case materials to review. On November 5, 2020, the State discussed with Dr. Mitchell his review of those materials. The State had similar discussions with the other experts it engaged. During the November 5 meeting, in addition to discussing his review of the materials, Dr. Mitchell mentioned that he had spoken with Dr. Baker before Dr. Baker had issued his final autopsy report, and Dr. Mitchell provided a general overview of those discussions.

Ultimately, the State opted not to utilize Dr. Mitchell as a testifying expert witness. Nonetheless, the State included the summary of its November 5, 2020 conversation with Dr. Mitchell as part of its disclosures. The disclosures pertaining to the review of case materials by the State’s potential experts, including the summary of the November 5, 2020 conference with Dr. Mitchell, were made to Defendants on February 2, 2021, in conjunction with the State’s expert disclosures, following the Court’s extension of the deadline for substantive expert disclosures. Defendants were free to follow up on the information provided in the summary with Dr. Baker or others as part of their own case preparation, and they remain free to do so.

On three occasions, prosecutors in Thursday’s motion linked to YouTube video of Dr. Baker’s testimony in Derek Chauvin’s trial — despite the fact that they tried to keep cameras out of the courtroom on multiple occasions.

The state wrapped up by asking a judge to toss Thao’s “frivolous” motion for sanctions:

This is Defendant Thao’s fourth frivolous motion for sanctions. It is entirely meritless and aims to harass and discredit the State by perpetuating a false narrative in the public domain. Once again, Defendant Thao identifies no basis for the relief he seeks and merely casts aspersions on the prosecution and Dr. Mitchell. This Court should summarily deny Defendant Thao’s motion.

Defendant Thao is entitled to no relief because there is no harm to remedy. The State has done nothing wrong. Nor has Defendant Thao offered any factual basis or legal authority to support his conspiracy theory. Trial is now scheduled to occur on March 7, 2022. Should Defendant Thao wish to conduct any type of investigation in preparation for trial, he has plenty of time to do so. Instead, however, he has launched a frivolous motion practice campaign to unfairly prejudice this prosecution in the public domain, replete with gratuitous and unfounded personal attacks on the prosecution. To make false accusations of coercion against the State in an attempt to tarnish professional reputations, taint the jury pool, and advance Defendants’ interests in the public eye is beyond the pale. The Court should not condone the tactics employed by Defendant Thao, let alone grant any relief.

The responsive motion by the state makes no reference whatsoever to a leak to the New York Times which suggested then-U.S. Attorney General William Barr spiked a plea deal for Derek Chauvin. Various prosecutors individually, the entire Hennepin County Attorney’s Office collectively, and several defense attorneys have filed affidavits in Minnesota state court over the last several days stating under oath that they were not the source of the leak. Minnesota Attorney General Keith Ellison is among the names on the list.

Read the entire state motion below:

[Editor’s note: legal citations have been omitted from quotes.]

[Editor’s note 2:  this report has been updated to include Keith Ellison’s name as among those who have disclaimed responsibility for leaking information about Derek Chauvin’s possible plea talks to the New York Times.  The piece originally said Ellison had not filed recent paperwork to disclaim involvement.  Since the piece was published, Ellison did file such paperwork, and this piece was updated accordingly.]