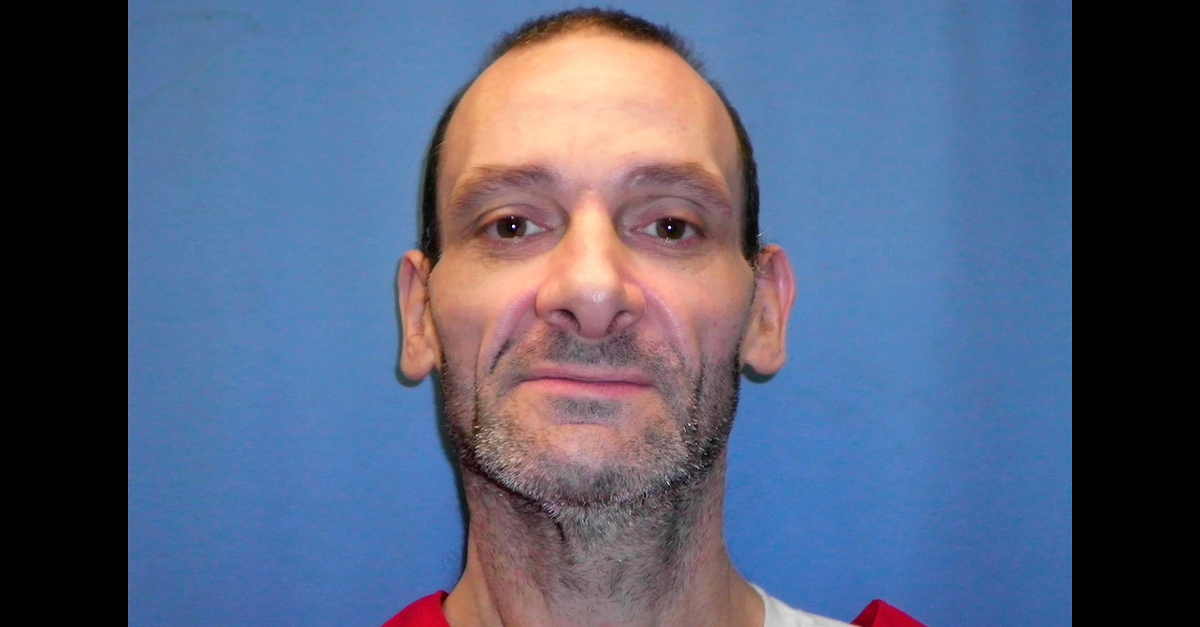 The State of Mississippi on Wednesday executed a man convicted of murdering his wife and sexually abusing his stepdaughter. The stepdaughter, now 23, watched as David Neal Cox, 50, died by lethal injection at the Mississippi State Penitentiary at Parchman, the New York Post reported. Cox pleaded guilty to shooting and killing Kim Kirk Cox in May 2010. He also admitted he sexually assaulted his stepdaughter, then 12, in front of his wife as his wife died in the attack.

“I want to tell my children that I love them very, very much, and that I was a good man at one time, and only read the King James [version] of the Bible, and I appreciate the Commissioner for being so nice to me,” Cox said before he died. “That’s all I got to say.”

“During the administering of the lethal injection, Cox did not flinch or move,” the Department of Corrections added in a statement.

A Wednesday afternoon press release which preceded the execution also said that the three drugs were the “lethal injection . . . prescribed for in Mississippi law for capital punishment.”

“He has requested a final meal of fried catfish, French fries, and banana pudding,” Commissioner Cain said in a 2:00 p.m. press briefing which also preceded the execution. “I know it’s unique to say but he has been upbeat.”

Cox agreed in court filings that he was “worthy of death” and abandoned his appeals. In July 2018, Cox wrote directly to a trial court judge as follows (spelling errors in original):

if I had my perfect way & will about it, Id ever so gladly dig my dead sarkastic wife up of in whom I very happiliy & premeditatedly slaughtered on 5-14-2010 & with eager pleasure kill the fat heathern hore agan . . . & would do it agan & agan, happilly if chance was given.

In a second letter dated Aug. 16, 2018, “Cox requested, for the first time, to be allowed to waive all of his appeals and to be executed immediately,” the Mississippi Supreme Court noted in an en banc decision that paved the way for Cox’s execution.

“I seek in earnest to wave all my appeals immediately,” the defendant said in that August 2018 letter. “I seek to be executed as I do here this day stand on MS Death row a guilty man worthy of death. Please grant me this plea.”

Moreover, I am Anabaptist, namely, old order Amish, & it is in conflict with my religeon to have lawyers. The First Amendment of the United State of America gives me the freedom of Religon & in Anabaptism we Anabaptist do NOT associate ourselves with any lawyers or state representatives. . . . I ask the court to evaluate the First Amendment & grant me my American rite as a American citizen to exrocise my Anabaptist faith in God with good conscious in the sight of Jesus Christ-my mediator.

I am worthy of death & I do not wish to challenge the State of Mississippi any further, I seek the termination of all counsel & all appeals on the grounds of ineffective and ineficent counsel.

I seek the termination of all appeals wheather it be in the present or in the future. I seek to bring clousure to my victims & family & all I hurt whether it be emotionally, phsyikally or both, by the speedy execution of my guilty body.

The Mississippi Supreme Court’s Oct. 21, 2021 decision ruled that Cox “was competent to waive his appeals and that he voluntarily and intelligently did so.” By so ruling, the state’s high court shut down attempts by the Mississippi Capitol Post-Conviction Counsel (CPCC) to continue to appeal the matter in spite of Cox’s apparent wishes. The CPCC appeared to be following standard ethics rules which apply to clients who may be suffering from diminished capacities. CPCC attorneys continued to press for a review of the case after Cox gave up fighting; the high court agreed that Cox was of sound mind and that his decision to end his appeals and to end his life was legally sound.

“Cox continued to plead that all appeals be dismissed, that his post-conviction counsel be relieved of their duties, and that his execution date be set,” the state supreme court noted. “CPCC responded in opposition to the State’s motion to dismiss, including filing a brief challenging the judgment of the trial court.”

The state supreme court continued by commenting as follows in a trial court decision allowing the case to continue as the defendant wished:

[I]f Cox was suffering from a mental defect, that defect did not prevent him from understanding his legal position and all available options. Nor did the defect prevent him from making a rational choice among his available options. Cox was found to understand his situation and his option for further appeals. His rational decision-making process in forgoing those appeals included his admission of guilt, his religious beliefs, and his desire to give peace to his children and their mother’s family. The trial court found, and this Court agrees, that his decision was the product of a reasonable assessment of all available options. We cannot find that the trial court erred in finding Cox to be competent.

In an earlier interview prior to the execution, Cox’s stepdaughter seemed ambivalent.

“When I found out that he was wanting to go ahead and get it over with, I wasn’t really happy about it. Like, I kind of just wanted him to sit there,” the stepdaughter, Lindsey Kirk, told The Associated Press last week. “I guess I’m OK with it now.”

Kirk agreed to allow The Associated Press to use her name and photograph in coverage of the case. She said Cox worked as a commercial truck driver until he hurt his back. Cox lived off disability payments and sexually assaulted Kirk “for a few years” and threatened to kill her if she told anyone.

Kirk finally reported the abuse; Cox was arrested. When he was released, he carried through on his threats to harm both Kirk and her mother, she said.

“Her stepfather sexually assaulted her three times in front of her dying mother — even as police surrounded the home and tried to get him to release the hostages,” the AP said of Kirk.