‘Sovereign’ Found Not Guilty by Reason of Insanity in Stabbing Murder of U.S. Army Vet on Appalachian Trail 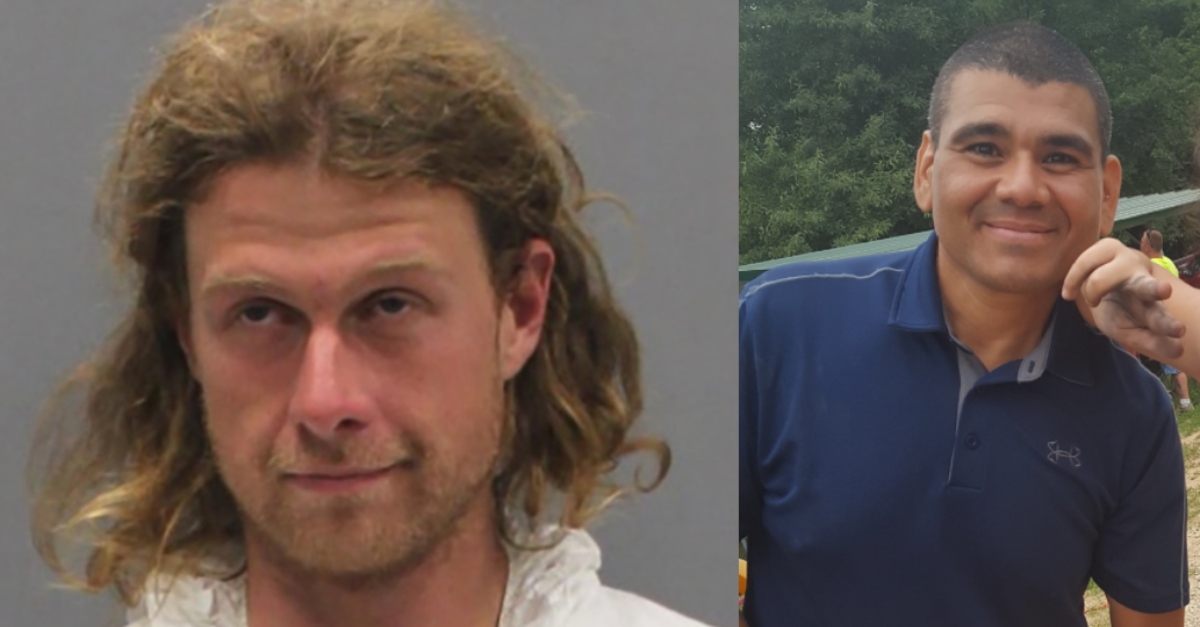 A man was found not guilty by reason of insanity in a fatal stabbing attack that took the life of a U.S. Army vet in Virginia. As part of a plea agreement, defendant James Louis Jordan must submit to treatment. From the order on Friday by Judge James P. Jones:

Order Committing Defendant to the custody of the Attorney General until he has recovered from his mental disease or defect to the extent that his release, or his conditional release, would no longer create a substantial risk of bodily injury to another or serious damage to property of another as to James Louis Jordan.

He was previously on the radar of law enforcement in Tennessee.

Sheriff Michael K. Hensley of Unicoi County, which is on the border with North Carolina, said in an April 21, 2019 statement that deputies got reports that a man, who called himself “Sovereign,” threatened hikers on the trial head at Devil’s Fork and also in Madison County, North Carolina. The individual was armed with a knife and machete.

The worst case scenario occurred in Virginia on the Appalachian Trail. According to the criminal complaint, he approached four hikers on May 10, 2019 while playing his guitar, singing, and “acting disturbed and unable” in Smyth County. He found their camp in Wythe County that evening, approaching their tents, making noises, and going as far as to threaten to pour gasoline on their tents to burn them to death.

The hikers went to pack up and leave, but Jordan attacked them with a knife. Two fled. He chased, but returned to argue with a man identified as U.S. Army vet Ronald Sanchez. Jordan fatally stabbed him, and chased the remaining hiker, who he caught up with when she began to tire out. He stabbed her. The woman survived by playing dead, then when Jordan went to find his dog, she ran and found help from two other hikers who helped her get to Smyth County, where they called 911.

In a victim impact statement, survivor Kirby Morrill recounted how she sustained nerve damage and regained use of her right hand and “some of the feeling” after “countless hours of effort.” She described how Jordan’s actions haunted her, and how she would never forgive herself for not trying to get to Sanchez before leaving.

“I am haunted by Mr. Jordan’s actions in May 2019,” she wrote. “And, as a direct consequence of his actions, I am also haunted by my own decisions. I watched and listened in helpless near-disbelief as Mr. Jordan transformed before my eyes from a bewildered, confused man into a violent animal. I saw him attack and murder a good, kind man. And I remember his eyes when I tried to run, and when I looked back over my shoulder. They are burned into my mind. I see them when I cannot sleep at night: nights like last night, as I contemplated writing this letter. And I hear Ron’s voice. I hear him cry out. And I hear him again and again in my mind, asking me to wait for him. I pride myself on practicality, and while I believe that my actions that night were objectively the best choices I could have made given the situation that was thrust upon me, I will never forgive myself for not trying to go to Ron before making my way out of the forest.”

Morrill called Sanchez a “good, kind man. That is how family remembered him.

“People like Ronnie do not come around often,” Ronald’s younger brother Christian Allen Wayne Duncan said in a victim impact statement. “He always gave back more than he took and left places in better condition than when he arrived. He was the most selfless person I have ever met he deserves justice. The man who took his life needs to never see the light of day. He is a danger to society. He was released by the police the first time he threatened people on the trail and this is the result of him not being able to control himself.”

Attorneys for Jordan said he regretted what happened, and they highlighted the treatment he would undergo as part of his sentence.

“We know today, and every day since May 10, 2019, has been very difficult for the victims in this case and their families,” attorneys Juval O. Scott, Lisa Lorish, and Matthew Engle said in a statement to Law&Crime. “Mr. Jordan is deeply remorseful for the profound sorrow he has caused. He regrets that his lifelong battle with mental illness ultimately resulted in this trauma and loss for innocent hikers and their families.”

In this case, the prosecution’s expert noted that Mr. Jordan’s psychiatric illness was consistently and appropriately treated, likely for the first time in his life, when Mr. Jordan was found to be incompetent to stand trial and sent to a medical facility for restoration of his competency. Mr. Jordan understands that continued treatment and medication will be required for the rest of his life. Most importantly, he would like the victims and the family of Mr. Sanchez to know that he thinks about the damage he caused every day and that he would do anything to change the past if he could.

[Mugshot of Jordan via Wythe County Sheriff’s Office; image of Sanchez via Department of Justice]