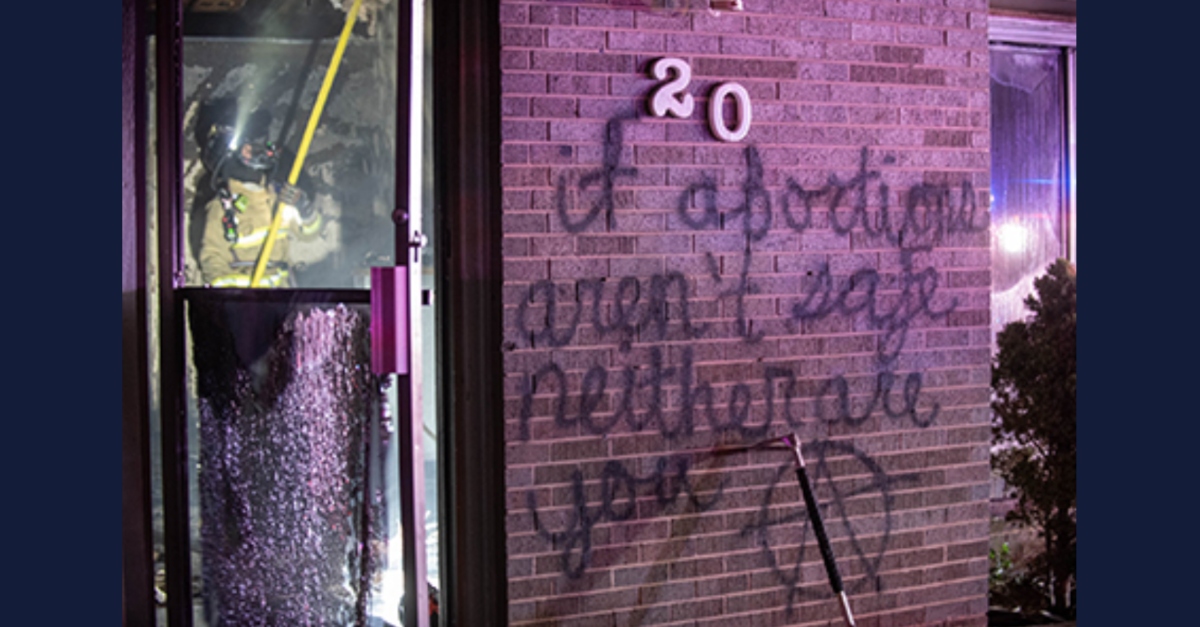 Graffiti at Life Choices. It reads, If abortions aren’t safe neither are you.”

A person–or people–set fire to a pregnancy center that offers anti-abortion services. Officers in Longmont, Colorado, are investigating the incident as an arson.

They described the Life Choices building as sustaining fire and smoke damage.

“Longmont Public Safety responded this morning, Saturday, June 25th, at 3:17 am, to a reported fire at Life Choices, 20 Mountain View Avenue in Longmont,” police said. “The building sustained fire and heavy smoke damage. At the arrival of police and fire staff, the front of the property had been vandalized with black paint.”

The reported vandalism happened less than a day after the U.S. Supreme Court overturned Roe v. Wade. Now states can outlaw abortions. Though a number have already criminalized it, the practice remains legal in Colorado.

Pictures from the scene shows black graffiti on an exterior brick wall stating, “If abortions aren’t safe neither are you.” There is an anarchy symbol next to it.

Similar graffiti popped up in May at the anti-abortion Wisconsin Family Action in Madison, Wisconsin, following the leaked draft of Dobbs v. Jackson Women’s Health Organization, the ruling which overturned Roe.

“If abortions aren’t safe then you aren’t either,” the message stated. As in this case, there was a fire and police investigated it as an arson. Madison police did not immediately respond to a request for an update on Sunday.

As for the Life Choices incident, a picture of another brick wall shows another anarchy symbol, this time apparently modified to resemble some sort of combined gender symbol.

“Bans off our bodies,” says graffiti on the sidewalk below. 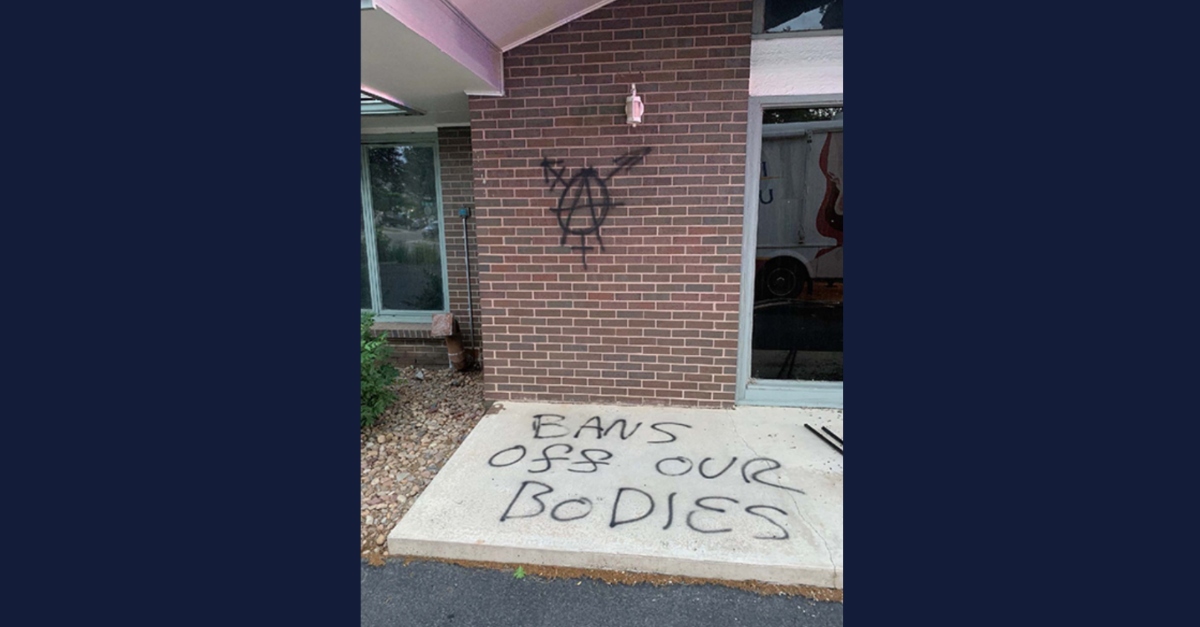 Graffiti at Life Choices. It reads, “Bans off our bodies.”

Life Choices describes themselves as a “Christ-centered ministry” offering pregnancy tests and ultrasound, as well services meant to oppose abortions, such as an abortion pill reversal and “post abortion support and care.”

“What we hope the perpetrators of this act understand is that an attack on Life Choices is ultimately not an attack on a political party or act of,”  Life Choices Executive Director Kathy Roberts said in a statement to The Longmont Daily Times-Call. “It is an attack on those who walk through our doors every day in need of diapers, pregnancy tests, limited ultrasounds, clothing, financial and parenting classes, support, and so much more.  It is an attack on a place that is supposed to be safe for women, men, and their families.”

“Anyone with information about the incident at Life Choices is asked to contact Longmont Police,” the federal agency wrote in a tweet.

“Investigators request that those living between Collyer and Lashley (West and East) and 15th Avenue and 11th Avenue (North and South) check their surveillance video for any activity in the area between 2:45 am and 3:30 am,” police said.  “Area residents and businesses can upload a video to Longmont Police Services at: https://LongmontPD.evidence.com/axon/citizen/public/225219.”

Officers ask that anyone who can help identify the person or people responsible to call (303) 774-3700 and reference Longmont Police Report #22-5219.