Eduardo Morales Allegedly Drove Truck Into Bar After Shooting It Up 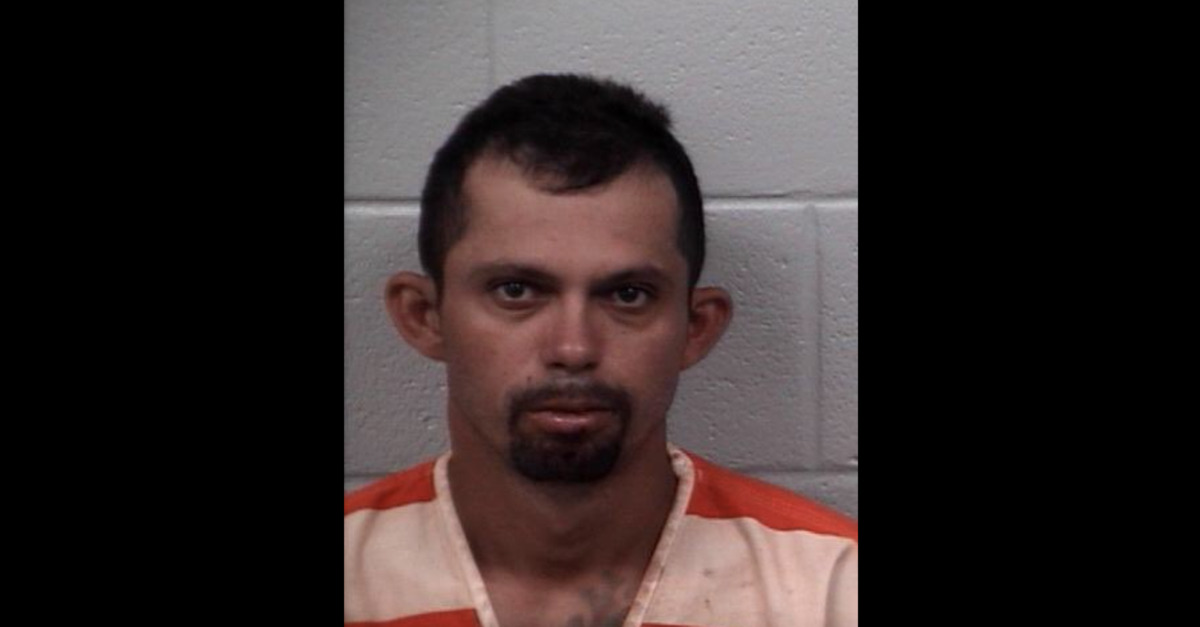 A man in Georgia has been arrested and charged in connection with a shocking incident that saw a local bar and restaurant ripped apart over the weekend. And there was also the gunfire.

It wasn’t a quiet night at 278 South in Hiram, Ga. But that was by design. Atlanta-based rock ‘n’ roll cover band Cannon, who specialize “in Dual Guitars and Harmony Vocals,” were there and performing, loudly, for an expectant, boisterous and largely agreeable crowd.

According to the Hiram Police Department, the defendant had allegedly imbibed at least one too many drinks–either at the establishment in question or perhaps elsewhere before arriving–and was eventually asked to leave. The said-to-be intoxicated man apparently didn’t like that request too much, but initially complied.

“Morales returned a short time later driving, a black Dodge Ram 2500, and pulled up to the front of the establishment,” law enforcement alleged in a Sunday morning press release. “Morales then began firing a weapon into the club through the window of his truck. When his weapon was empty, Morales then drove the vehicle into the bar through the front doors striking numerous patrons. His truck stopped when it hit the bar, after the truck stopped, Morales attempted to back out of the establishment but the truck got stuck.”

Video from a patron captured the riff-and-high-hat-heavy denouement to one of Cannon’s songs–an accidental lead-in to the spray of bullets that were fired into the unsuspecting crowd.

A patron captured the horrifying moments as a shooter sprayed bullets into a packed bar before crashing his truck through the front doors.@wsbtv pic.twitter.com/n51MoAoMRU

In the TV station’s footage, at least six shots can be heard.

“Oh my god!” a woman exclaims.

“What?” the first voice shouts.

While many people were injured during the booze-fueled gun-and-gear shift rampage, the venue’s clientele quickly rose to the occasion and intervened in a display that likely saved lives that night, according to authorities.

“While the vehicle was stuck, Morales attempted to reload his weapon, but was pulled from the vehicle and detained by patrons of the bar until the arrival of law enforcement,” police alleged.

The defendant reportedly was then taken to nearby WellStar Paulding Hospital where he was treated for minor injuries–the result of his citizen’s arrest. Morales is currently being detained in the Paulding County Jail.

According to local NBC affiliate WXIA, at least one person was grazed by one of the shooter’s bullets. Another person was hit twice by the truck and treated for their injuries before being released.

According to WSB, a woman’s legs were crushed underneath the truck while another woman was struck in the head by a beam that fell from the structure of the restaurant. One of the men who forced the gun out of the shooter’s hands sustained broken legs.

“Our hearts are broken over the events of last night,” the bar and grill said in a Facebook post. “Our thoughts and prayers go out to all involved. We’ve always put our customer’s safety first and foremost and we are devastated. We like to believe most people are good….and it showed last night. Many are heroes for their bravery and possibly stopping a situation that could have escalated even further. We will forever be grateful for these heroes. Thank you all for the calls, texts and support. Please check our page for updates on reopening as we do not have a timeline currently. Thank you again, we love you all.”