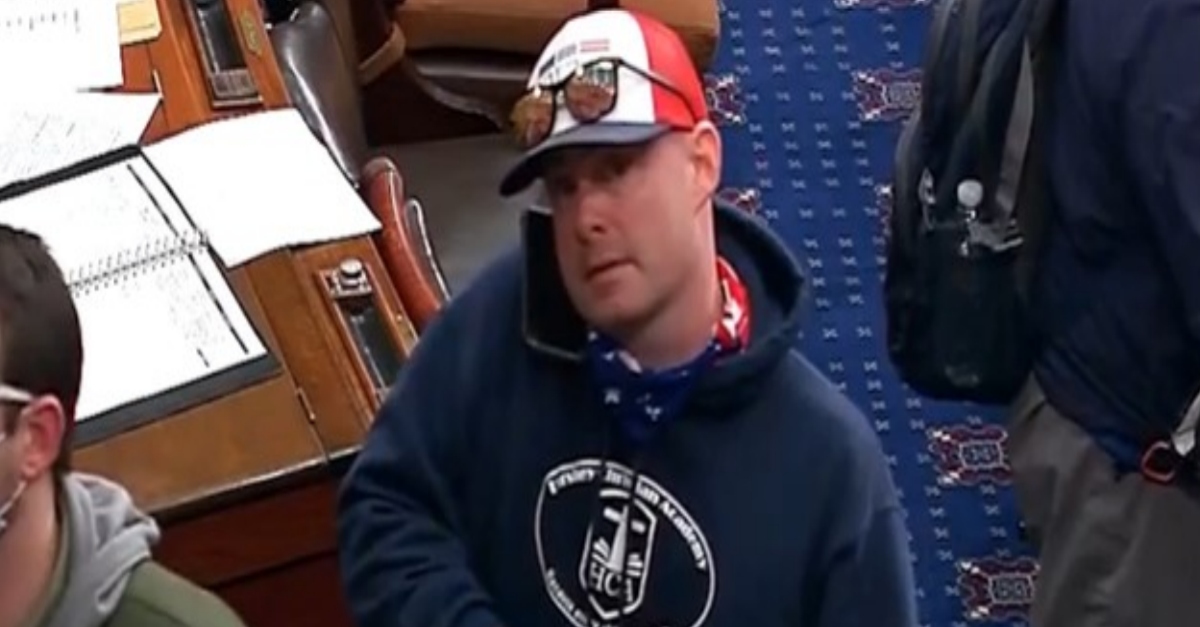 The attorney for Leo Brent Bozell IV, who has been indicted and charged with violently entering the U.S. Capitol Building on Jan. 6, said in court Monday that his client is not likely to accept the plea deal that prosecutors have offered.

Bozell’s attorney John M. Pierce, who took over Bozell’s representation on July 9, said that he was still getting caught up on the case. He said he does not anticipate accepting the particular plea that has been offered, but indicated that he and his client were willing to discuss plea possibilities with the government as the case moves forward.

Prosecutor Michael Friedman said that the government had extended the plea offer to Bozell’s prior attorney, but that he has not had a chance to talk about the offer with Pierce.

The details of the plea agreement were not discussed during Monday’s hearing.

Bozell IV, 41, is the son of Brent Bozell, the conservative founder of the Media Research Center, CNSNews, and the Parents Television Counsel. Pierce is known for representing Rudy Giuliani and others in former President Donald Trump’s orbit, as well as other Jan. 6 defendants. Pierce took over Bozell’s representation on July 9, after Bozell’s prior attorney, David Deitch (who, notably, criticized Guiliani’s son Andrew on Twitter), withdrew on July 6.

Pierce also represented, for a time, Kyle Rittenhouse, the teenager charged for shooting and killing two men during protests against the police shooting of Jacob Blake in August 2020.

Much of the hearing Monday was spent discussing the status of discovery. Friedman, the prosecutor, said that the government has made eight discovery productions to Bozell, including the results of searches of Bozell’s home and cell phone, and surveillance camera footage showing some of Bozell’s alleged conduct on Jan. 6. Friedman said his office was currently preparing to provide Bozell with a Pennsylvania search warrant affidavit, and he has asked both the FBI and Pennsylvania law enforcement to search their files to make sure the prosecution has produced all case-specific materials related to the charges against Bozell.

Friedman also indicated that the government intends to make “voluminous amounts of data” available to Bozell, including footage from closed-circuit television recordings and police body cameras, along with social media.

Friedman said that Bozell is shown on surveillance video as one of the first people to approach the Capitol and use force to get inside the building—specifically, breaking a window. Friedman said the video shows other people breaking the same window and other windows nearby, and that Bozell and others can be seen crawling through the broken windows to enter the building.

According to Friedman, the Justice Department has created a special team for discovery issues arising from the Jan. 6 cases, and has retained Deloitte Financial Advisory Services to process the large amount of data in these cases.

Friedman also said that he didn’t have a time estimate as to when discovery would be complete enough to provide material to defense attorneys, which appeared to concern both Bates and Pierce, although they also seemed to acknowledge that it was not a particularly urgent issue at the moment.

“Maybe there isn’t any timeline that can be identified yet, but I’ve told attorneys for the government that I’m not going to live forever with no timeline,” Bates said.

Pierce said the lack of timeline was concerning, but for the time being, “it is what it is.”

In the end, both the government and Bozell’s defense agreed to pursue discovery and have another status conference in 60 days.

Bozell was arrested in February, and he is not currently in custody.