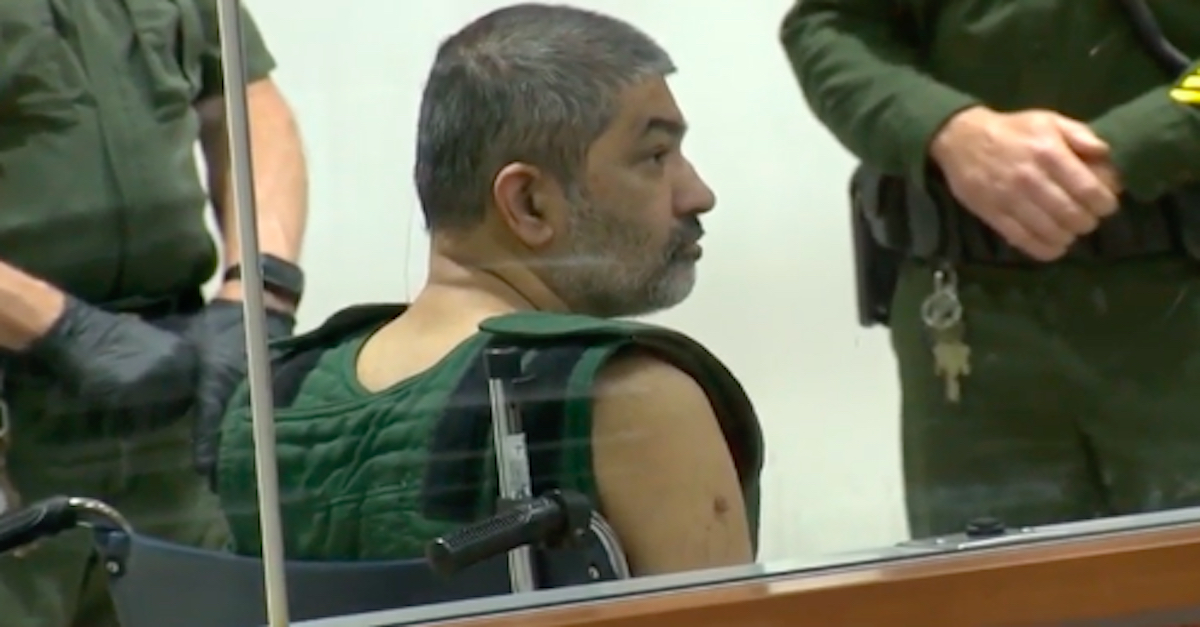 A California judge on Wednesday ensured that a man who in 2019 confessed to murdering all four members of his family over the course of several days will spend the rest of his life behind bars without the possibility of parole, prosecutors said.

The DA’s office said that “friends, classmates, and a teacher of one of the victims” were on hand for the sentencing hearing where Chief Deputy District Attorney David Tellman “spoke on behalf of the victims who are no longer here to speak for themselves.”

Hangud reportedly did not speak at all during the proceeding, Sacramento NBC affiliate KCRA-TV reported.

In an earlier press release, prosecutors said that approximately two years ago on Oct. 14, 2019, Hangud drove more than 200 miles from his home in Roseville to the Mount Shasta Police Department. Once there, he told investigators that he had murdered his wife as well as all three of his children. The body of his son was reportedly in the trunk of his red Mazda sedan that was parked right outside of the police station at the time of his confession. Investigators in Roseville reportedly discovered the bodies of the other three members of his family in their apartment on Junction Road a short while later.

According to a report from the Sacramento Bee, investigators in the case said Hangud murdered each member of his family during a crime spree that lasted approximately one week. Hangud reportedly began by killing his wife and daughters over the course of approximately three days. He then reportedly drove his son to a remote area in Siskiyou County where he murdered the 20-year-old.

Prosecutors told Judge Penny that Hangud claimed he was in “despair” because he could not provide financially for his children after losing his job in IT and said his marriage was “falling apart,” KCRA reported.

Hangud initially entered a plea of not guilty and attempted to act as his own attorney before he retained a public defender and decided to plead guilty to all three counts of first-degree murder and one count of deliberately aiding in a suicide.

“This successful prosecution is a testament to the excellent investigation conducted by the patrol officers and detectives at the Roseville Police Department,” Tellman said in a statement the day before Hangud’s sentencing. “The deaths of these young victims touched this community very deeply, and although there are no family members left to see justice served, many in our community remember the victims from school or from their neighborhood. I would encourage anyone who wishes to support these victims to attend the sentencing to observe the conclusion of this tragic case.”

Tellman also noted that killing more than one person constituted a special circumstance under state law that meant Hangud should be sentenced to life without the possibility of parole.