‘She Did Not Deserve This’: 70-Year-Old Woman Was Beaten to Death in Her Bed. Her Neighbor Has Been Arrested. 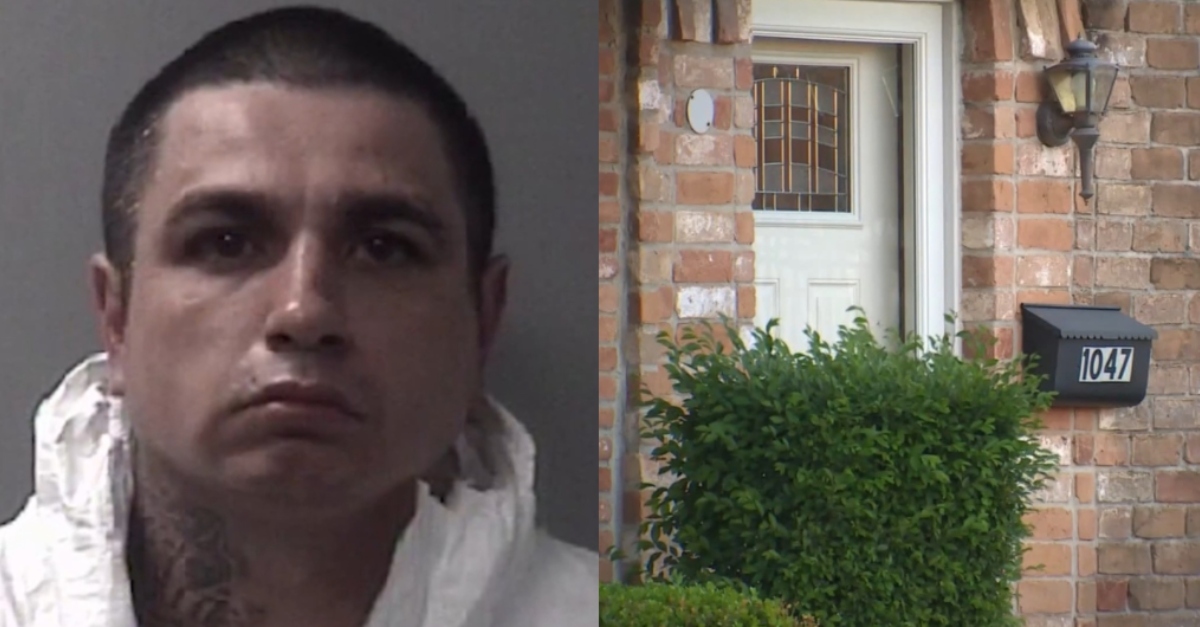 Gilbert Viera, and the home of Patrice Ward.

A Texas man is suspected in the beating death of a 70-year-old neighbor. Records viewed by Law&Crime show that defendant Gilbert Viera, 35, only faces charges of aggravated robbery with a deadly weapon, burglary with intent to commit other felony, and aggravated assault with a deadly weapon, but his legal situation could get a lot more precarious.

For now, cops in the city of Pasadena are calling him a person of interest in the murder of Patrice Ward, according to KTRK. Officers said she was beaten in her bed Tuesday at the Willow Oaks Townhomes. Viera lived two doors down.

He was not initially arrested over that. The defendant allegedly kicked down the door to a home less than a mile away on Thursday, and attacked the residents–a husband and wife–with a tire iron, according to KHOU-11. The husband managed to repel him, however. Viera allegedly stole the couple’s vehicle, but left an incriminating piece of evidence at the scene: one of two guns stolen from Ward’s residence. Investigators claimed they discovered the stolen vehicle back at the Willow Oaks Townhomes.

Viera’s criminal history includes a stint in prison for burglary. Bond was set at $250,000 in the pending criminal case.

“He is alleged to have broken into a stranger’s house and alleged to have beat them as they lay in their bed with either a tire iron or a gun,” said the judge at his bond hearing this weekend. “It’s not clear, because they were asleep when the beatings began.”

Meanwhile, neighbors mourn Ward, who lived at her home for 30 years.

“We went to church together,” one told Fox 26 Houston. “We were friends, and it’s very difficult because I wake up at night and I can’t sleep anymore.”

Loved ones gathered to pray for her at the Townhomes.

“She did not deserve this,” a woman said. “It’s like ‘why, why, why.’ I console myself just knowing I know where she is now, and she’s fine.”