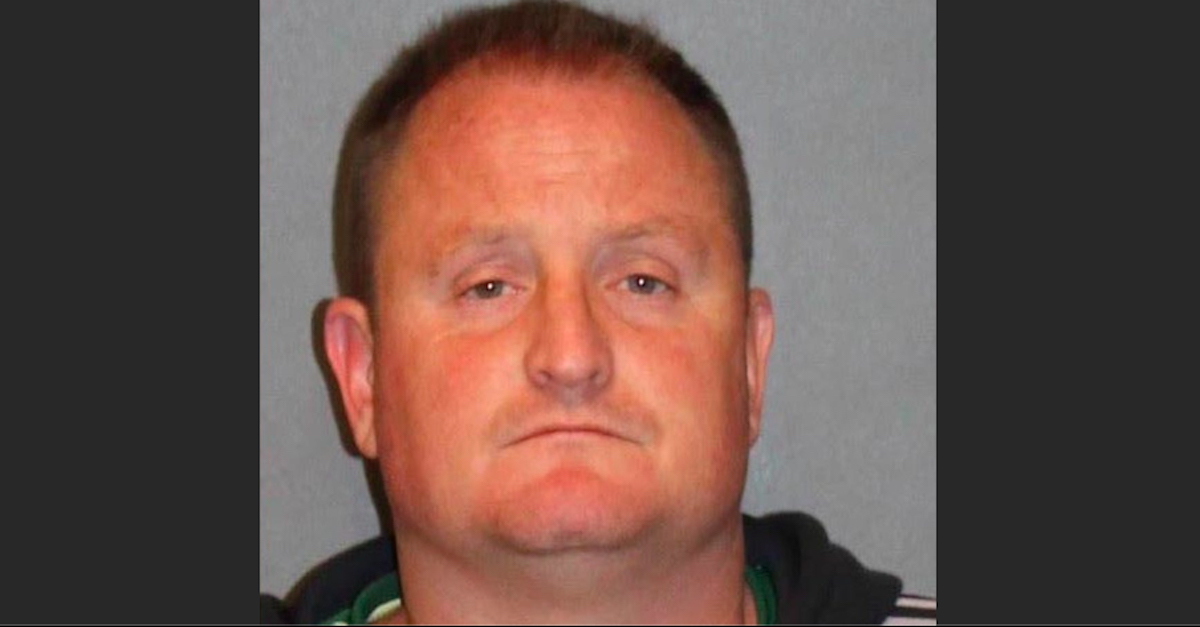 A man in California will spend the rest of his life behind bars after admitting he hacked two women to death using a meat cleaver after a New Year’s Eve party while his wife and child waited for him outside. Orange County Superior Court Judge Sheila Hanson on Friday handed down a sentence of life in prison without the possibility of parole for Christopher Ken Ireland, 42, over the gruesome murders of 59-year-old Yolanda Holtrey and 49-year-old Michelle Luke, the Orange County Register reported.

“I don’t know that I have often, if ever, seen a crime a callous as what you did in this case,” Hanson, a veteran judge who’s overseen several murder trials, reportedly said during the proceedings. She is said to have recounted Ireland’s actions and described the killings as “violent, vicious, and brutal.”

A jury in November convicted Ireland on two counts of first-degree murder and one count of arson. Jurors also found there were special aggravated circumstances because Ireland murdered more than one person.

According to court records obtained by the Register, Ireland on Dec. 31, 2016 attended a New Year’s Eve party at Holtrey’s home in the 5000 block of Northwestern Way in Westminster with his wife and son. Ireland’s wife reportedly worked at a department store with both Luke and Holtrey.

Taking the stand in his own defense, Ireland reportedly claimed that Luke had been flirting with him in front of his wife during the party. When the festivities wrapped up, he said he walked his wife and son to their car, then returned to the house and was having sex with Luke when Holtrey walked in on them, per the Register. Holtrey reportedly got upset and demanded that Ireland tell his wife about cheating with Luke.

Ireland claimed Holtrey then attacked him with a meat cleaver.  He reportedly testified he was able to get the blade away from her and struck her with it in self-defense. He claimed he then left briefly and again returned to the home shortly thereafter. Upon entering the front door, Ireland claimed Luke immediately attacked him with a Kettlebell. Ireland said he “headbutted Luke, threw her down, grabbed the meat cleaver from the floor and struck her with the blade,” the Register reported — all, keep in mind, after he claimed to have just had sex with her.

Ireland’s attorney argued that both slayings were committed in self-defense and that both times Ireland feared for his life.

Security footage — some of which Ireland destroyed — reportedly showed a ski-mask-wearing Ireland return to the home a third time and drag both women’s blanket-wrapped bodies into his car; he then attempted to set the residence on fire. He failed to destroy footage from one of Holtrey’s security cameras and was also caught on video by a neighbor’s camera.

Ireland testified that he loaded the bodies into his car and discarded them in a remote wooded area in Newport Beach. He then said he took his car to get washed and disposed of the cleaver.

Deputy District Attorney Mark Birney also pointed out that it was outlandish to presume that Ireland, an Army veteran, reasonably feared that the much smaller women would kill him.  Instead, prosecutors reportedly suggested that Ireland killed both women in the same 12-minute span, possibly after Holtrey caught him trying to force himself on Luke.

The notion that any sexual encounter was not consensual was further emphasized by Holtrey’s son. He addressed the court Friday and reportedly posited that Ireland murdered the two women to “keep his family from finding out that he was a cheating rapist.”

Luke’s sister, Mandee Figueroa, reportedly contrasted her “beautiful, brilliant, big-hearted and beloved” sister against Ireland, who she described as “pure evil.”  She also pointed out that he’d never bothered to apologize to the families of the victims, per the Register.

Ireland reportedly remained silent through the proceeding. However, at one point he shot a “glare at some of Holtrey’s family members after Holtrey’s daughter said she hoped Ireland’s son would want nothing to do with him,” the Register reported.