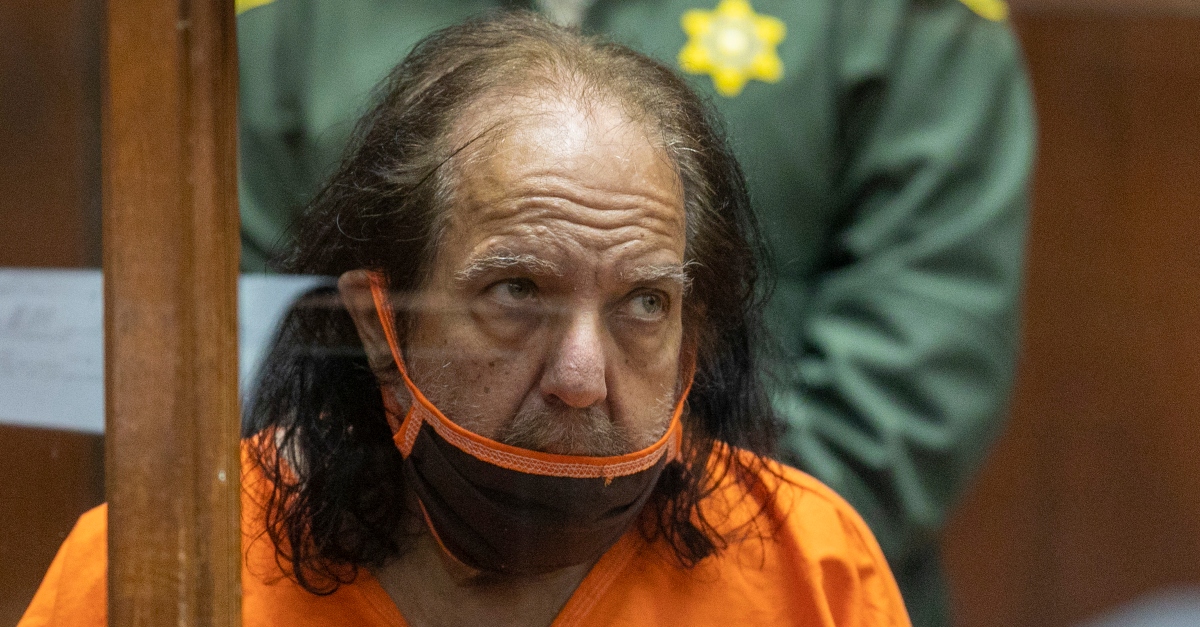 “Far too often, survivors of sexual assault suffer in isolation,” Los Angeles County District Attorney George Gascón said in a statement obtained by Law&Crime. “We must ensure that survivors have all options available to help with recovery, including trauma-informed services for healing and support to report such crimes.”

Under these charges, Jeremy (legal name Ron Jeremy Hyatt) abused 21 women over a 23-year span going back to 1996, when he allegedly raped a 19-year-old at a photoshoot in the San Fernando Valley, according to the D.A.’s office on Wednesday. In another incident, he allegedly raped a woman at a nightclub in Oct. 2000. In 2008, he allegedly raped a 17-year-old girl at a home in the Woodland Hills neighborhood. Victims range in age from 15 to 51, prosecutors said. The investigation remains ongoing.