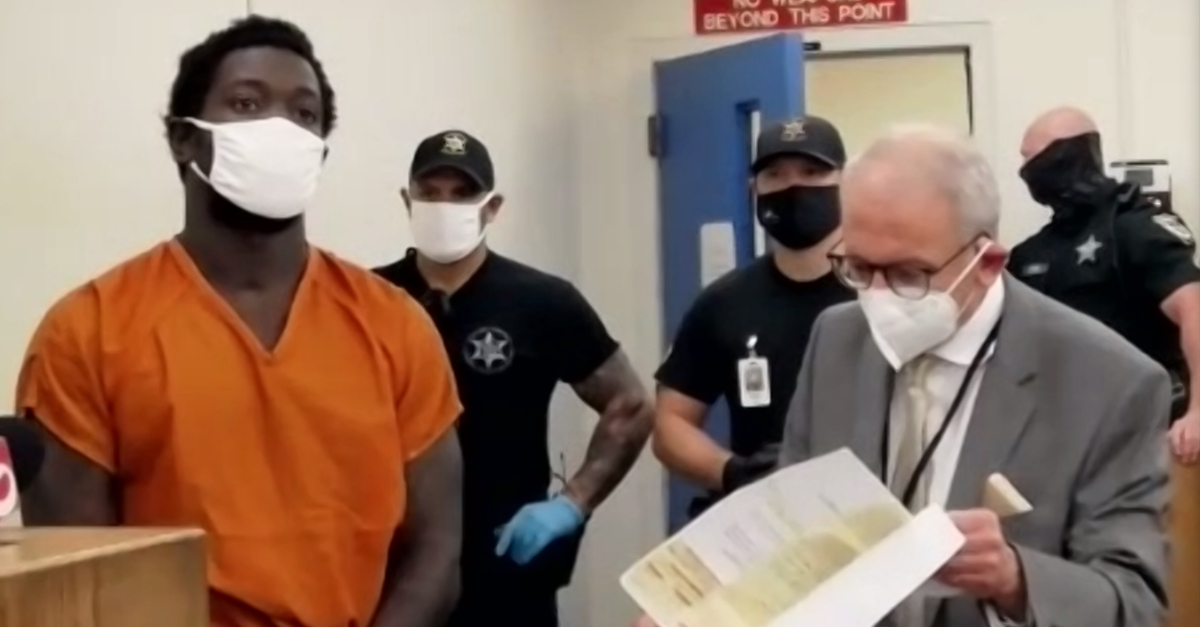 Othal Wallace (left) appears in court on the afternoon of Wednesday, August 18, 2021 in Volusia County, Fla.

Prosecutors in Florida announced plans to seek the death penalty against a defendant who allegedly shot a Daytona Beach police officer in the face on June 24th. The officer, Jason Raynor, died Tuesday evening, his department announced Tuesday in conjunction with his family.

“Officer Jason Raynor passed away at 8:09 this evening (August 17, 2021) at Halifax Health Medical Center in Daytona Beach with his family by his side,” the department said in a Tuesday news release.

“Now more than ever, we ask for all of you to embrace the Raynor family and the Daytona Beach Police Department in your hearts during this devastating time and pray that God will give us all the strength to persevere through this senseless tragedy,” said DBPD Police Chief Jakari Young. “Jason’s sacrifice will never be forgotten.”

The authorities caught defendant Othal Wallace in June after a manhunt led to treehouse in Georgia. The treehouse was on property associated with the Not Fucking Around Coalition, which Young described as a “Black nationalist paramilitary organization” at the time of Wallace’s arrest.

Wallace appeared in court for a few brief moments Wednesday afternoon for an initial appearance. Questions surrounded whether he wished to hire private counsel or be represented by a public defender. Court records indicate that his request for a public defender was granted because he was deemed to be indigent. 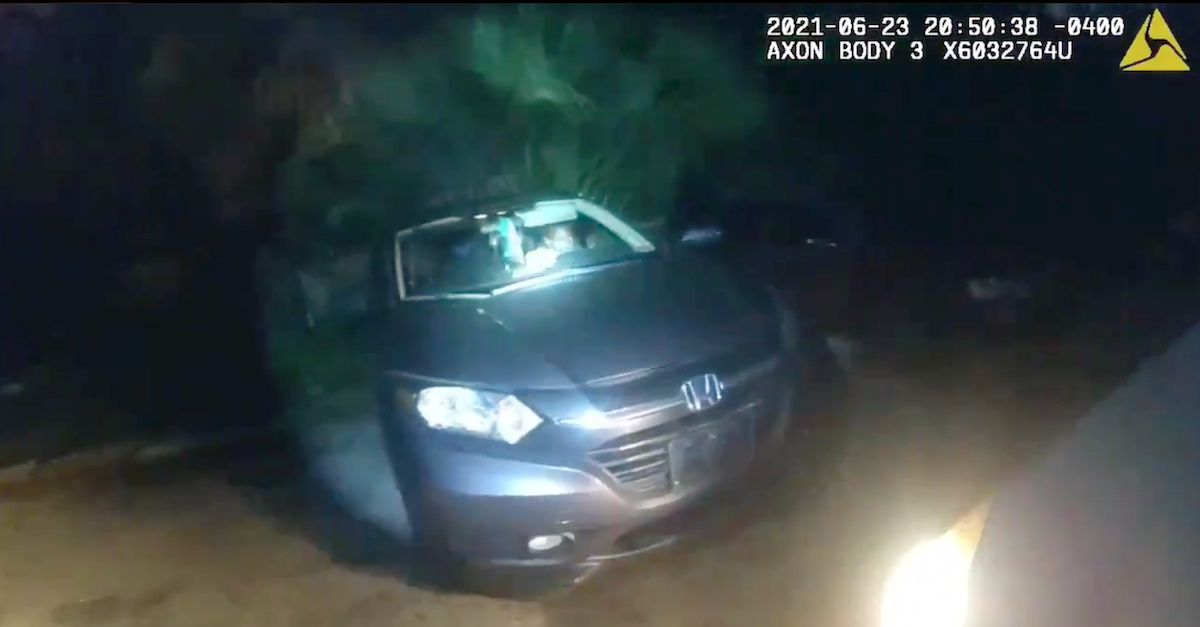 Video released by the police back in June captured the sound of the shooting and images of what led up to it. Authorities said Raynor was investigating a “suspicious incident” after “neighbors were complaining about gun violence, drug sales and everything else” in the area. The body cam video indicates that Raynor approached an individual in a gray SUV and asked him if he lived at the address where the vehicle was parked. The individual — allegedly Wallace — got out of his car, argued with Raynor, and pulled the trigger.

THREAD (1 OF 2): A $100,000 reward is now available for anyone who can help authorities locate the man who shot one of our officers in the head earlier this evening.

The man we’re looking for is located in the video below. His name is Othal Wallace. He’s 29 years old. pic.twitter.com/hYHNqVLg8C

“Come on, now,” Wallace asked Raynor while Raynor was trying to ask him questions about his residence. “Don’t do this. Why you asking me if I live here? What’s going on?” 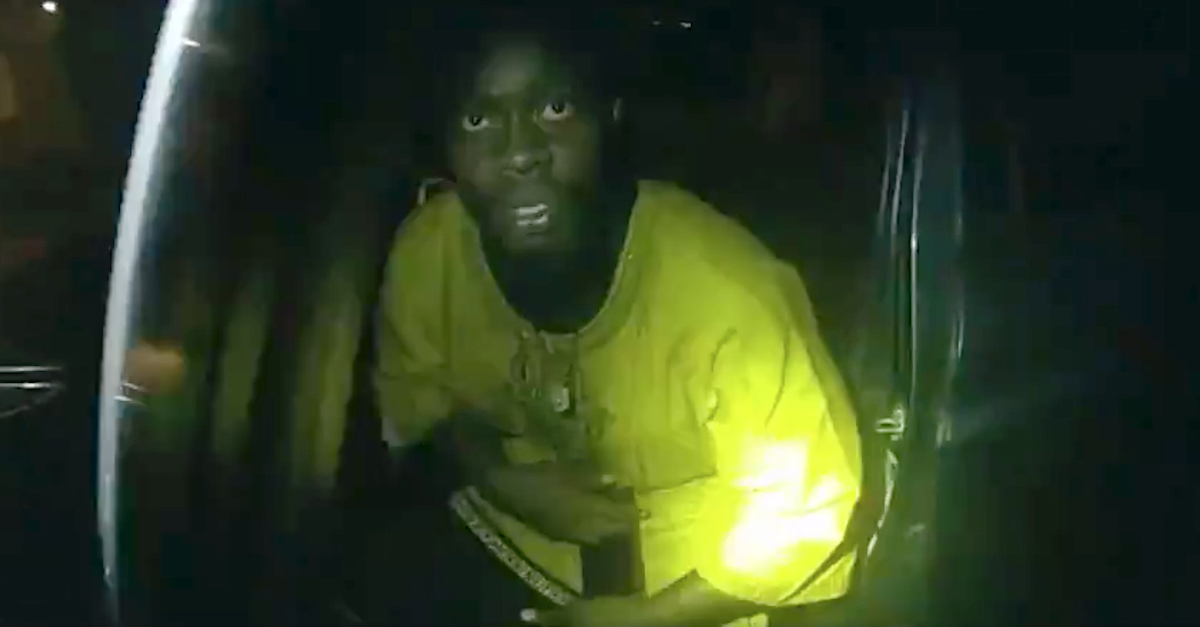 Court documents indicate that Raynor was shot outside an address on Kingston Avenue. A witness who lived in an apartment at that address, Tyesha Lewis, told a detective in a sworn interview that Wallace was her boyfriend and that the two had been dating for six years. She said Wallace lived with her and that he drove a gray Honda SUV — exactly the type of vehicle from which Raynor’s attacker emerged in the above body camera video.  From those documents:

Raynor’s handcuffs were used to secure Wallace when federal, state, and local authorities caught him in Georgia.

CAPTURED- Othal Wallace is in custody! He was put in @DaytonaBchPD Officer Jason Raynor’s handcuffs.

Wallace was found in an encampment near Atlanta affiliated with a black nationalist group. Lots of guns & ammo found in the treehouse he was hiding in. pic.twitter.com/f06LEAuK2H

“Our thoughts and prayers are with the family of Officer Jason Raynor, the Daytona Beach Police Department, and all our brothers and sisters in law enforcement today,” State Attorney R.J. Larizza said in a statement provided to Law&Crime. “[W]e will proceed with our solemn mission to hold Officer Jason Raynor’s murderer accountable. Justice equals accountability and justice demands the death penalty.” 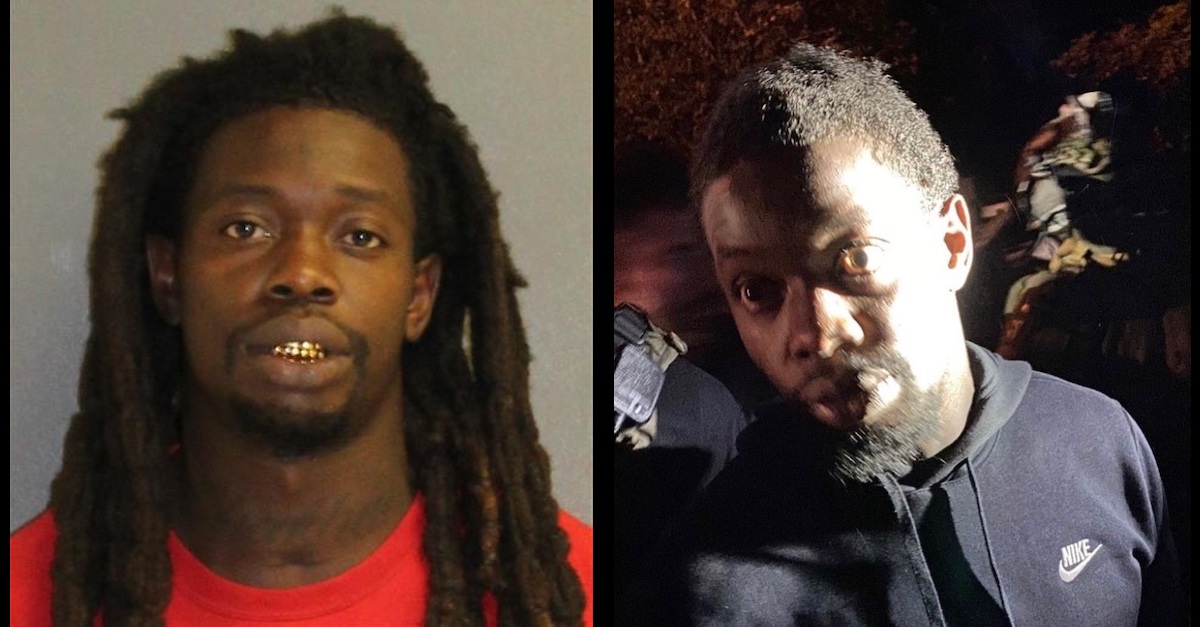 Othal Wallace appears in a mugshot (left) and in an image taken at the time of his capture in Georgia (right) in connection with the killing for Officer Jason Raynor.

The passing of Officer Jason Raynor has shattered our collective heart into millions of pieces. We are comforted by the unity and commitment that has engulfed our city to honor and perpetuate the noble cause of justice for which he lived and paid the last full measure. He fought for 55 days to save us from the terrible grief that now consumes us. As we grieve and console his biological and law enforcement families, let us remember that acts of love are our best resources for healing. Let us acknowledge and reflect on his service and commitment in ways that reflect both his gallant 55-day fight and the bright light that we have lost.

Read the prosecutor’s subsequent press release and some of the initial charging documents below: