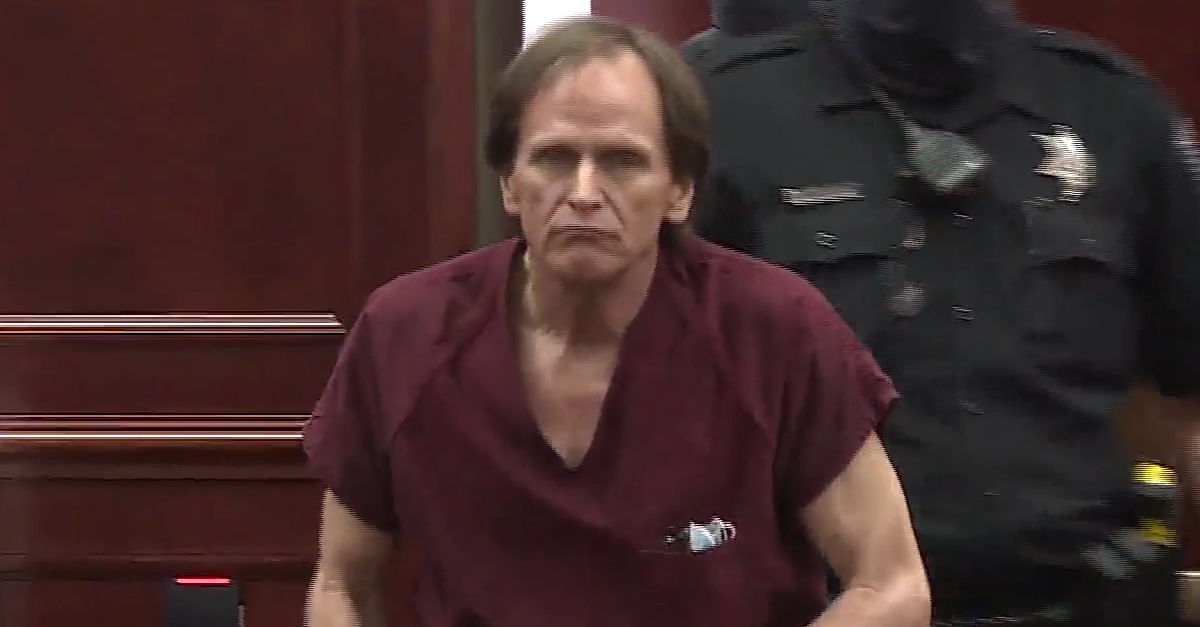 A man will likely spend the rest of his days in prison for what a judge called an “unspeakable orgy of violence.” Alex Christopher Ewing, 61, received life sentences for killing Colorado couple Bruce Bennett, 27, and Debra Bennett, 26, and raping and killing their 7-year-old daughter Melissa, according to the 18th Judicial District Attorney’s Office. Though he is eligible for parole after 20 years, he has to serve those murder charges consecutively on top of an attempted murder conviction in Nevada. That means that if he gets paroled at his first opportunity in Colorado, he must still serve the other life sentences, the D.A.’s Communications Director Vikki Migoya told Law&Crime.

Ewing did not speak at his sentencing on Tuesday. Authorities say he went on a rampage by committing a series of hammer attacks in Colorado in January 1984. He killed the Bennetts at their home in Aurora and left Melissa’s 3-year-old sister Vanessa almost dead but the sole survivor. Prosecutor are also going after him for allegedly sexually assaulting and beating to death Patricia Smith, 50, in the city of Lakewood. That trial is set for October.

Donna Holm told Denver NBC affiliate KUSA she survived Ewing sexually assaulting her and beating her with a hammer at her home. Like Vanessa, she survived, albeit with serious injuries. Ron Holm, who is now Donna’s husband, said he found her bloodied with a “big dent in her head.” She said she had no memory of the attack, and she described having to relearn basic things like what to do with a knife and fork.

“I had to try to figure out what to do,” Donna Holm said. “How do I get my life back? Because I would hang up from a conversation on the phone. Ron’s like, ‘Who is it? What’d you talk about?’ I don’t know.”

Mug shot of Alexander Ewing in 1985 from Nevada Department of Corrections. He is now charged in the hammer murders in Aurora from 1984 and the murder of a Lakewood woman that same year. #Denver7 pic.twitter.com/Cr8NJ31yD9

The break in the case happened in two stages. The Colorado Bureau of Investigation linked DNA from two of the crime scenes together in 2002, according to Denver ABC affiliate KMGH. Authorities did not have a suspect’s name, however. That changed in 2018 when Nevada prison officials reportedly uploaded Ewing’s DNA to a database. The CBI found a match the next day.

Prosecutors did not file charges on Ewing attacking Holm because the statute of limitations passed on the attack and sexual assault. Ron Holm objected to the possibility of a kidnapping charge because Ewing already faced murder charges for Smith’s and the Bennetts’ deaths. The husband explained that he considered it futile to put his wife “through all this stuff” given the severity of the other charges.

Nonetheless, the Holms showed up to closing arguments in Ewing’s trial for the Bennett murders earlier in August.

“I didn’t just lose my parents and sister,” she said in court, according to KMGH. “I lost trust in people. I lost my dignity and my pride. I lost the person who I was supposed to be. I lost my sanity. I look in the mirror every day at myself, and I hate who I am. I hate what I have to go through and what I still go through. I hope that he goes away forever.”

She more than lost years with her loved ones. She even lost the opportunity to have any memories about them.

“I’m sure my parents and sister were great people, but it’s unfortunate I don’t remember anything about them,” she said, according to a report by The Associated Press.

Connie Bennett, Bruce Bennett’s mother, discovered the bodies after her son and Debra did not show up to work. She had choice words for Ewing.

“Some people may call him an animal,” she said, according to the outlet. “But I won’t because I think animals have a purpose in this world.”