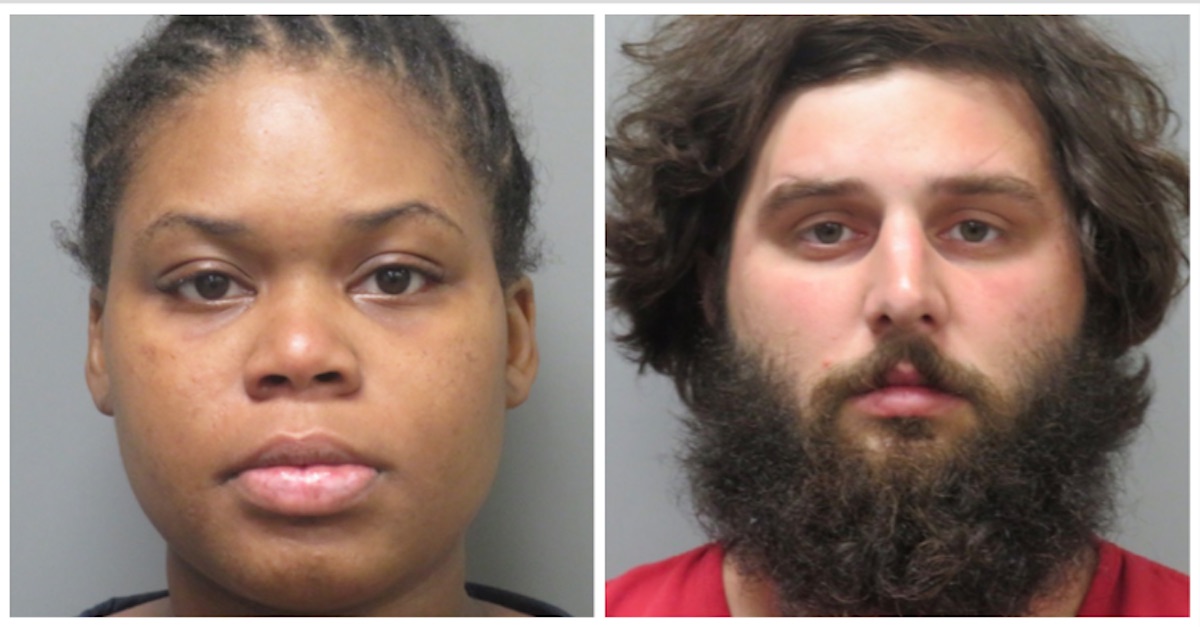 Authorities in Louisiana arrested and charged a pregnant woman for her alleged role in the death of her infant daughter after police said that the 11-month-old girl had been the victim of severe abuse for weeks and ultimately died as a result of her cumulative injuries.

Deputies with the Lafourche Parish Sheriff’s Office (LPSO) took 21-year-old Kageionna Butler into custody on Sunday and charged her with one count of principal to second-degree murder in the death of Zabria Guidry, The Houma Courier reported.

The infant’s father, 26-year-old Jake Michael Guidry, was charged in late September with second-degree murder in his daughter’s death.

As previously reported by Law&Crime, deputies were called to the couple’s home in the 600 block of Brule Guillot Road in Thibodaux to check on Zabria after receiving a call from Kageionna at approximately 12:15 a.m. on Sept. 28. Upon arriving at the home, first-responders said they found the infant dead in the cargo hold of Jake’s SUV. After being questioned about his daughter’s death, Jake allegedly told investigators at the scene that he hit Zabria “too hard.”

Sheriff Craig Webre told The Houma Courier that the decision to charge Butler in connection to Zabria’s death was made after an autopsy report determined that the child had sustained multiple severe injuries over the course of several weeks, indicating that her death was not the result of a single isolated beating.

“The autopsy findings listed the cause of death as battered infant syndrome,” Webre said in a statement to the news outlet. “There appeared to be significant injuries over a period of time as opposed to a single injury that would have caused death. The investigation determined the mother was aware of the abuse. She may or may not have contributed; we don’t know. The father has claimed responsibility for his actions but has not given any explanation beyond that he struck the baby too hard. But the pathology report clearly indicates more than a single incident.”

According to the U.S. Justice Department, battered child syndrome is defined as “the collection of injuries sustained by a child as a result of repeated mistreatment or beating.”

The sheriff said that Butler was fully aware of the abuse being inflicted on her daughter and did not protect the infant.

“During the course of time when the infant was harmed, the mother was always in the company of the father and infant and did not take any steps to seek medical attention or bring the abuse to the attention of law enforcement,” Webre said.

Jake Guidry has remained at the Lafourche Parish Correctional Complex on $1 million bond since his Sept. 28 arrest. If convicted, he would face a maximum sentence of life without parole.

Butler was booked into the Lafourche Parish jail on $1 million bond. She is also facing a maximum sentence of life without parole.

“It’s tragic in so many ways,” he said. “The mother is currently pregnant with another child. In cases like this, it really creates distress for a lot of people, including the public at large. A baby is strictly 100% dependent on being nurtured, loved and cared for by parents or responsible adults. When the opposite occurs, it’s just really incomprehensible and horrific. In cases like this, it really shocks the conscience.”