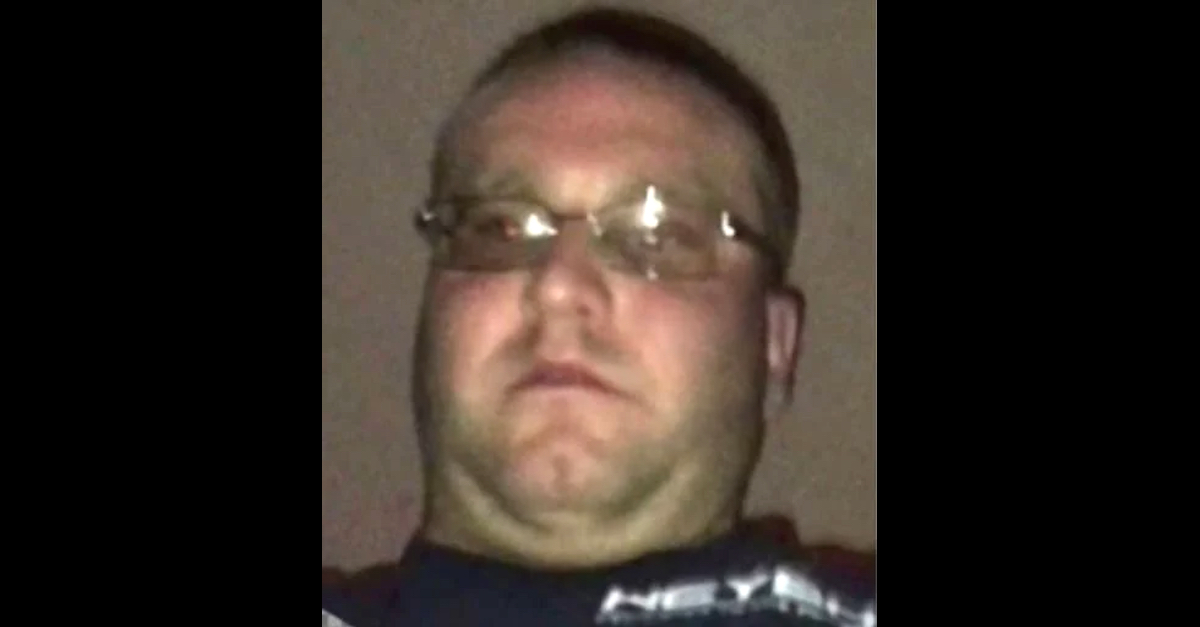 A now-former Mississippi police sergeant has found himself on the other side of the law.

According to local news reports, Joshua Christopher Stockstill, 29, was caught in a child pornography sting after the FBI disseminated his photograph with the help of the National Center for Missing and Exploited Children (NCMEC).

The NCMEC said it “provided critical information” which led to the arrest an individual known as “John Doe 44.” The Center, which did not directly name Stockstill, described that “John Doe” as “a man seen in footage of child sexual abuse material.”

An NCMEC employs a “team of analysts who work tirelessly to help identify clues in images and videos” that might help locate abused children, the Center said in a blog post. That team discovered an image of John Doe 44, which the FBI in turn chose to make public.

“Within hours of the FBI releasing his photo to the public, he was identified and arrested,” the NCMEC said of the defendant.

“Every day, we analyze images of child sexual abuse with the hope of identifying a clue that will lead us to the location where a child is being abused” said Shelley Allwang, Director of the Exploited Children Division at NCMEC. “One of the most useful clues is when we find an adult face in the imagery. Law enforcement can make that information publicly available during their investigation.”

An accompanying FBI news release included an audio file of the defendant appearing to say the phrase “nine years old.”  The file presumably was gleaned from video the NCMEC handed over to the feds.

“Law enforcement officials are seeking information which will lead to the identification of an unknown individual known as John Doe 44,” the FBI said earlier in the case. “It is believed that this individual may have critical information pertaining to the identity of a child victim in a sexual exploitation investigation.”

That information tiptoed around the ultimate accusations.

“The video depicting John Doe 44 is believed to have been produced prior to November of 2018,” the FBI continued. “John Doe 44 is described as a White male, likely between the ages of 30 and 40 years old. John Doe 44 could be heard speaking English in the video.”

A concomitant press release explained that EXIF data embedded within the image of the suspect indicated the alleged date of the recording.

“John Doe 44 has been identified and located,” the FBI said in an update. “He is currently in custody. We appreciate the assistance from both the media and the public.”

According to reports in the nearby Biloxi, Miss. Sun Herald, Stockstill was identified as “John Doe 44” and was arrested at the Picayune Police Department.  Those reports cite the Mississippi Attorney General’s Office.

Assistant Chief James Bolton told the newspaper that “Stockstill did not turn himself,” but the assistant chief “would not release any further details about his arrest or the charges, referring all calls to the attorney general’s office,” the paper said.

The newspaper and several area television stations all reported that Stockstill is charged with four counts of distribution, one count of lustful touching, and one count of production of child pornography.  He was fired immediately after the arrest, all of the area news organizations said.

“Once we learned that there was an investigation going on, the police department cooperated 100% with the investigation fully,” Drennan said.

NBC, FOX, and CW affiliate WXXV-TV reported that the Mississippi Attorney General’s Office, the FBI and Picayune Police Department all “worked together on the case.”

Stockstill “was booked into the Pearl River County jail at 12:27 a.m. on July 15, but no longer is listed as an inmate, according to the jail website,” WXXV noted.

Federal court dockets in the Southern District of Mississippi, as reviewed by Law&Crime, do not yet contain information about Stockstill’s case.  It is unclear if he has retained an attorney.

[image via the FBI]