Randon Lee Murder May Have Been Over Marijuana: Police 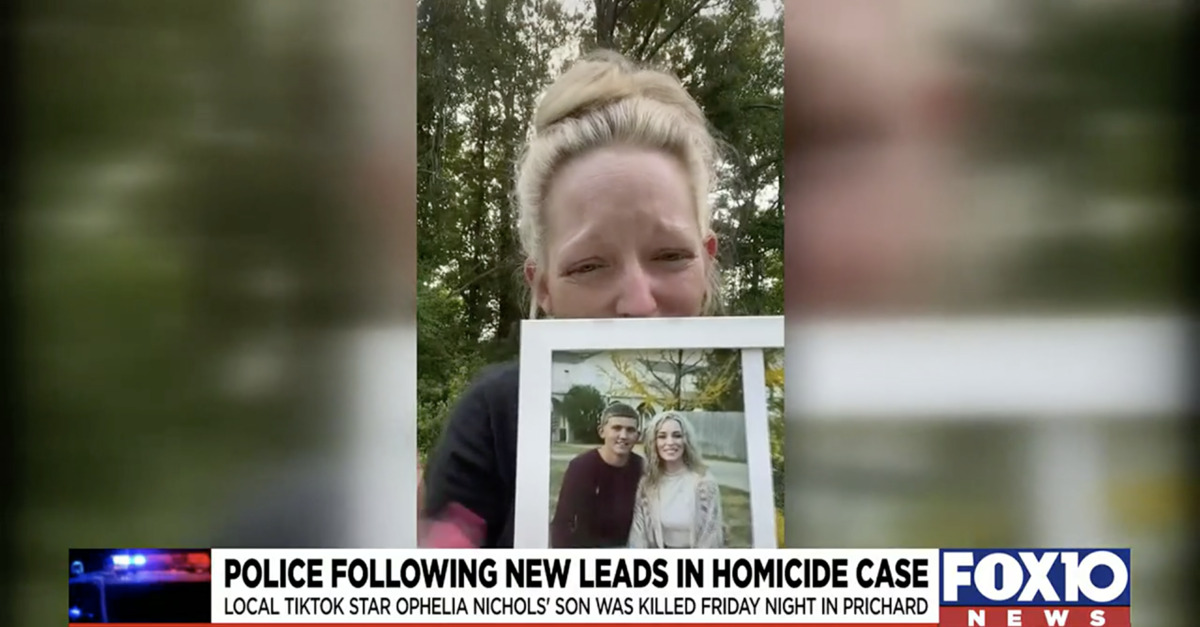 The teenage son of a TikTok star was killed at a gas station late last week – the day before he would have turned 19. Police in Alabama say they think the victim was selling marijuana when he died.

“My son was murdered,” Ophelia Nichols, who is also known as @shoelover99 and Mama Tot, said in a recent post on the popular social media site. “He was shot. And I have this hatred in my heart that I don’t recognize, because I have never felt hate for anybody.”

Pleading through tears, the grieving mother asked her nearly 7 million followers to come forward with information if they have it:

“You will be found!” a caption on the highly-viewed clip reads. “You will reap what you sow in this world. You may not be caught now but its coming. I hope you see my sons face every day of your life.”

Randon Lee was shot and killed on June 24, 2022 in Prichard, Ala. at a gas station near Mobile, Ala. According to the Prichard Police Department (PPD), two suspects in the killing have been identified.

“We do know at this time that Mr. Lee did have a relationship as far as selling to different individuals,” PPD Detective Jason Hadaway alleged at a brief press conference on Monday. “These two individuals had bought from him in the past.”

The names of the two people alleged to have been involved in the slaying are not being released at this time, police say, in order to protect the integrity of the department’s ongoing investigation.

Hadaway did note some details of the tragic incident as law enforcement believes the violence unfurled. According to the PPD, Lee and the two suspects pulled up to the pumps in their own vehicles. The two suspects can allegedly be seen in surveillance footage getting into Lee’s vehicle where they shot him. After the gunfire, the duo then left the scene in what appears to be a dark-colored SUV.

After being shot, Lee was able to drive across the street. He died from a single gunshot wound.

Police said they were unaware of the victim’s alleged marijuana business before the shooting.

Law enforcement also addressed the trappings of fame and stardom involved in the murder case.

“Ms. Nichols has a Tik Tok following which is great, and all those followers could help by calling in,” Hadaway continued. “This homicide is not more important than any homicide we’ve had in the city of Prichard or actually anywhere.”

Nichols reiterated her call for information in a recent interview with Mobile-based Fox affiliate WALA.

“People talk,” she told the TV station. “People talk. So I wanted that video to be seen because if the person who did this to my son could see what he did to our family. He took my son from me. My son.”

The organizer of the GoFundMe for Lee’s funeral expenses ceased accepting donations after raising nearly $300,000.