Police Say Man Killed His Ex, Dropped to His Knees in the Middle of the Road, and Shot Himself Dead as Officers Arrived 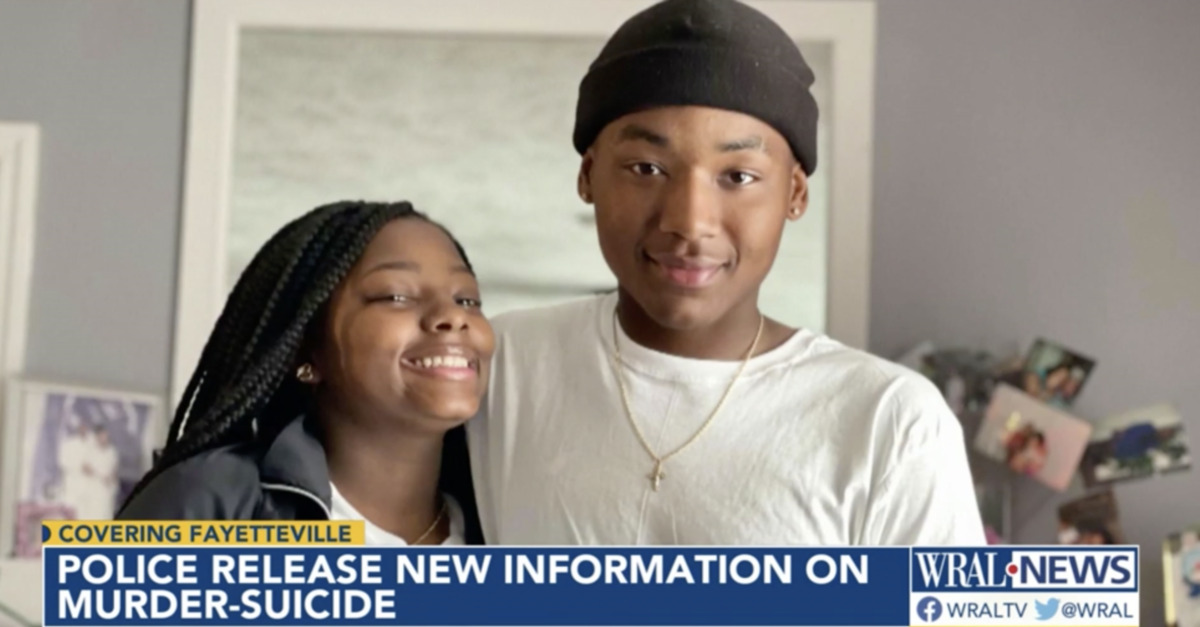 A said-to-be engaged couple in the process of breaking it off are now dead after a man shot and killed his would-be fiancée before turning the gun on himself, according to authorities in North Carolina.

Fayetteville Police Department officers responded to a 911 call about a shooting around 7:30 Thursday morning near the Ireland Drive Middle School, according to The Fayetteville Observer. The victim of that first shooting was 25-year-old Xamegga Whitfield.

Police say the first officer arrived on the scene to find 20-year-old Michael Cintel Culpepper on his knees in the road with a gun in his hands. Moments later, the alleged killer fired his weapon for the last time.

Whitfield’s injuries were so severe that she was pronounced dead at the scene. Culpepper later died in a nearby hospital, police said.

The outlet reports police also obtained surveillance footage showing the man shooting Whitfield before killing himself in the street.

“She was so smart; she was everything,” Whitfield’s sister Cierra Bell told local NBC affiliate WRAL. “I guess, last night, they had got into it or whatever, and then, he had busted my mom’s rent-a-car window because they were moving stuff into her house. The next morning, my mom said she was already scared.”

According to family members, the couple lived together in an apartment adjacent to where the first shooting occurred.

Social media profiles belonging to the deceased described the two as “engaged” to one another. Culpepper’s Facebook page also identified him as a “Cavalry Scout” with the U.S. Army.

Law&Crime reached out to the Pentagon’s Media Relations Division for confirmation of Culpepper’s claimed military status. A spokesperson for the agency was unable to immediately pull information relevant to that request. A separate inquiry was made with the 18th Airborne Corps out of Fort Bragg but no response was immediately forthcoming at the time of publication.

Whitfield worked as a customer service cashier at Burger King for the past six years, according to her LinkedIn profile.

Suicide and mental health came to the fore after the tragic incident.

Culpepper’s aunt Crystal Blue said the extent of his issues wasn’t exactly obvious to the family.

“When he comes around us, he tried to make it about us,” she told the outlet.

The preliminary investigation revealed a male subject shot a female subject and then a nearby resident contacted 911 to report the incident. Responding officers located an adult male on his knees, outside of the residence, in the roadway holding a handgun. As the first officer was arrival, the male subject turned the handgun on himself and shot himself. The female was pronounced deceased on scene. The male subject was transported to Cape Fear Valley hospital where he succumbed to his injuries. It appears that the male and female subjects knew each other. The identities of both individuals involved is currently being withheld pending next of kin notification.