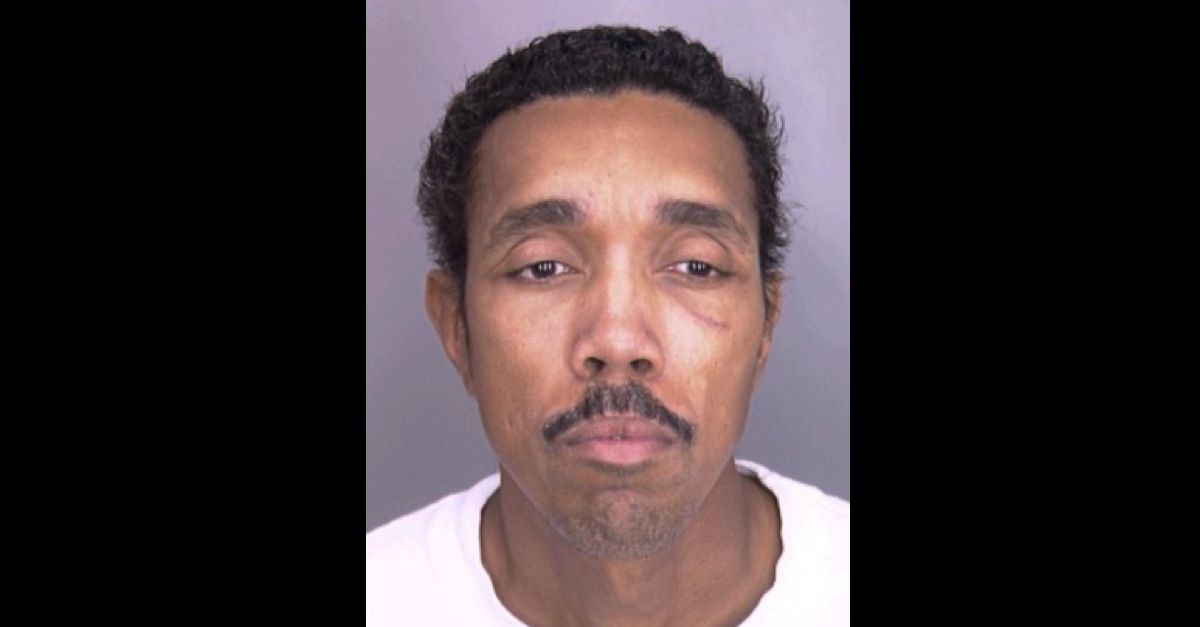 A federal judge has sentenced a Texas man to 14 months in prison for posting threatening social media messages from a Washington hotel room on Jan. 6, declaring he would “hunt” various perceived enemies like “RINOS, Dems, and Tech Execs.”

Troy Anthony Smocks, 59, appeared before U.S. District Judge Tanya Chutkan on Thursday. He pleaded guilty in September to one count of making a threat in interstate commerce.

As Donald Trump supporters stormed the U.S. Capitol Building on Jan. 6, Smocks logged onto Parler—the social media platform used largely by the political hard right—to spew violent rhetoric in keeping with the mob’s aims to stop the certification of the results of the 2020 presidential election.

“Prepare Our Weapons, and Then Go Get’Em”

He used the account name “ColonelTPerez,” or @Colonel1007, despite not being a member of the military.

Today, January 6th, 2021, We Patriots by the millions have arrived in Washington, DC, carrying banners of support for the greatest President the World has ever known. But if we must… Many of us will return on January 19th, 2021, carrying our weapons in support of Our nation’s resolve, to which the world will never forget. We will come in numbers that no standing army or police agency can match. However, the police are NOT our enemy, unless they choose to be! All who will not stand with the American Patriots…or cannot stand with us, then, that would be a good time for you to take a few vacation days. -The American Patriot.

So over the next 24 hours, I would say lets get our personal affairs in order. Prepare our weapons, and then go get’em. Lets hunt these cowards down like the Traitors that each of them are. This includes RINOS, Dems, and Tech Execs. We now have the green light. [All] who resist US are enemies of Our Constitution, and must be treated as such. Today, the cowards ran as We took the Capital. They have it back now, only because We left. It wasn’t the building that We wanted. . . it was them!

Smocks’ defense attorney John L. Machado noted that his client’s threats did not identify anybody by name, but that argument did not resonate with the judge.

“He made threats against members of Congress and people in technology,” Judge Chutkin noted. “That’s not specific enough?”

When Machado replied that it would have been worse if his client named individuals rather than generalized “members,” Chutkan shot back: “You might want to ask members of Congress who were hiding under their desks that day.”

“A Violent Attempt to Stop the Peaceful Transfer of Power”

Smocks sent the messages from his hotel room in Washington as the riots were underway. He had flown in from Texas the day before.

According to the affidavit, Smocks, using the alias “Colonel T. Perez,” posted videos to YouTube in 2020, including one that challenged military veterans to conduct armed protests, and to taunt protesters who aren’t willing to fire their weapons.

Prosecutors had agreed to a sentence of essentially time served, but Chutkan, a Barack Obama appointee who has developed a reputation for sentencing Jan. 6 defendants to more than what federal prosecutors recommend, went beyond that.

“Mr. Smocks, from the safety of his hotel room … has the audacity to call the rioters patriots,” Chutkan said. “I’ve said it, before and so have my colleagues, that what happened on Jan. 6 was no less than a violent attempt to stop the peaceful transition of power. I don’t need to dwell on it. Mr. Smocks wasn’t there, but by his words he was encouraging the rioters and he was threatening people.”

Chutkan also said she considered Smocks’ lengthy criminal record, during which Smocks frequently pretended to be a member of the military or law enforcement, as well as what she said was a lack of remorse for his actions.

“While I believe and continue to believe that every individual is capable of change and growth, I’m not optimistic in this case,” Chutkan said. “It appears Mr. Smocks is still engaging in deception, and he does not appear to have remorse for his actions.”

“All I hear is what you’ve suffered—you’re being singled out, you’re being prosecuted, you’re the victim of racism,” Chutkan, who is the third Black woman to serve in D.C. District Court, said to Smocks. “Not a single word of acknowledgment of the seriousness and enormity of what you did.”

“Drape Himself in the Mantle of Racial Equality”

During his sentencing hearing on Thursday, Smocks had said that he felt he was being punished more harshly because of his race.

“What happened at the Capitol was idiotic. It shouldn’t have happened,” Smocks said. “But of all 638 people arrested for Jan. 6, I’m the only Black person in jail.”

“That’s wrong,” Chutkan said, interrupting him, saying that she knew of at least two other Black defendants in Jan. 6 cases.

“I stand corrected,” Smocks said. He then began to list examples of Jan. 6 defendants, who are white, allowed to plead guilty only to misdemeanors, despite having been seen inside the Capitol building on that day.

“This isn’t in the south, this is in Washington D.C.,” Smocks said. “They’re supposed to be fighting against systemic racism. Right here in D.C., Martin Luther King gave his ‘I Have a Dream’ speech. Fifty-eight years later, Black Americans are still chasing the same old dream, for equal treatment under the law.”

“Is that what you were telling people to do on Jan. 6, Mr. Smocks? To fight against racism?” Chutkan asked.

“I don’t believe in racism of any kind, whether it’s BLM or Trump supporters,” Smocks said. “Everyone should be equal. I don’t approve of white supremacy or Black power. We’re all Americans. I’m not Dr. King, not by a long shot, but we do share a skin color and we share desire for justice.”

Chutkan, to say the least, was unmoved by Smocks’ comments.

“Mr. Smocks now seeks to somehow compare himself to Martin Luther King and drape himself in the mantle of racial equality and civil rights, and I for one find that senseless,” Chutkan said. “For you to claim you’re being singled out and treated unfairly, again, is pretty audacious. I have received no evidence that protestors are being treated differently because of their race or their gender … I have not seen a scintilla of evidence that prosecutions have been racially motivated.”

Chutkan, who has criticized the Capitol siege and has publicly disagreed with statements from a Trump-appointed federal judge who implied the rioters were being punished too harshly, has been assigned to hear Trump’s challenge to a House subpoena of records from his time in office related to the events of Jan. 6.

Smocks, who has spent the last nine months in federal custody, will get credit for time served. Chutkan agreed to recommend he serve his sentence in the Dallas area, to be near his family.

You can read the arrest warrant affidavit, detailing Smocks actions on Jan. 6, below.