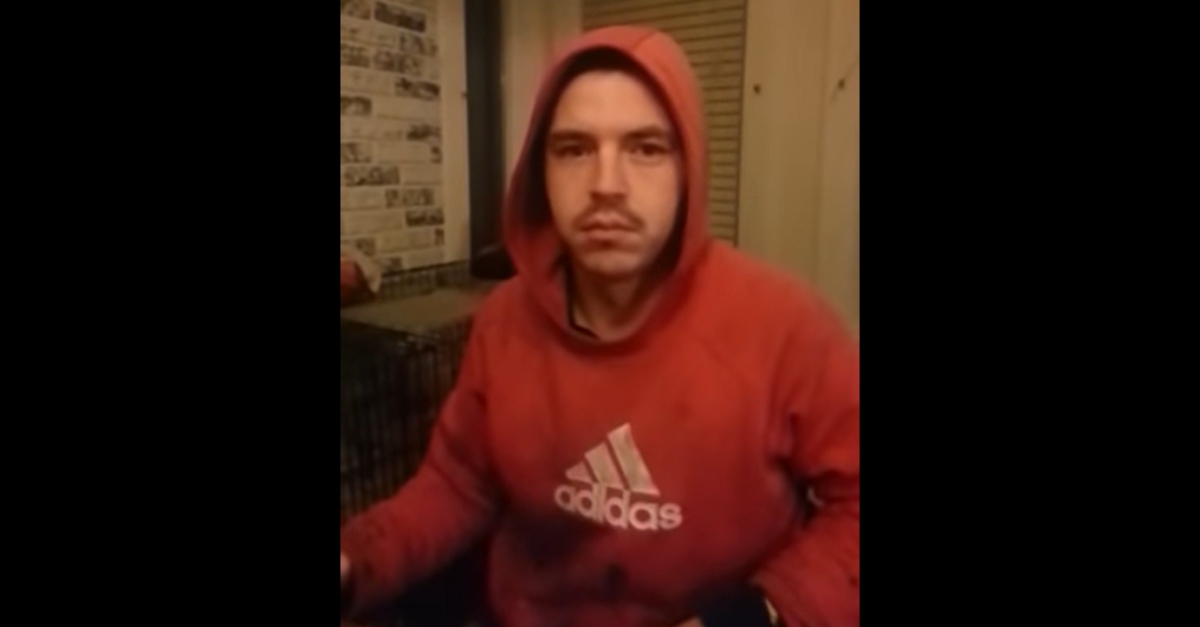 The case is closed against an accused rapist known by some as “Zombie Mike.”

Hawkins was wanted for two rapes. First, he was suspected of attacking a developmentally challenged woman in a wheelchair on June 10, 2012, according to authorities in multiple reports. Her family was sleeping in a nearby room in a Schenectady, N.Y. residence when the attack happened. She reported the rape the next day, however, and authorities soon obtained an arrest warrant the following June 16.

However, authorities did not actually arrest Hawkins. They said he was a traveling carnival worker who could lie off food scraps and was apparently very hard to track down. The search went as far away as Georgia and received coverage on the television show “In Pursuit with John Walsh.”

The following November, he raped a friend’s wife at her home in Rotterdam, N.Y., authorities said.

While the authorities remained frustrated, Hawkins continued to post videos to his YouTube page, usually depicting himself playing music. The most recent post was from Dec. 14, 2012.

Investigators would ultimately find a badly decomposed Hawkins in New York State in March of this year. Sources familiar with the case said in August that remains found in the Town of Niskayuna, N.Y., off Consaul Road were those of Hawkins, according to the Albany, N.Y. Times Union. Police confirmed the find on the record in a press conference Friday.

The theory from investigators is that Hawkins hung himself from a tree but fell to the ground as his body decomposed.

More on ‘Zombie Mike’ from Nisky police spox along with several other law enforcement agencies, including @nyspolice and @USMarshals who were getting ready to expand their search when his skeletal remains as well as other personal belongings were found in woods off Consaul Rd. pic.twitter.com/J5xrTyG1xI

The belt Hawkins used to end his life was still on a limb, said Niskayuna Detective Sgt. Joseph Twitty. Hawkins had his identification on him: a New York State ID and an employee ID. Officials definitively confirmed Hawkins’ identity by testing his molars against the DNA of a relative, said Twitty.

“It’s not the way the case should have ended,” the DA said in a Times Union report. “It would have been much better I think if he had come into court and been accountable in a court of law for what he did, but on the other hand his decision to do what he did spared these two women from having to relive what happened to them that night.”