Richard Showalter Gets Over 110 Years in Prison for Double Murder

Kansas Man Sentenced to More Than 110 Years in Prison for Stabbing Woman 50-Plus Times, Beating Teen to Death with a Hammer During Home Invasion 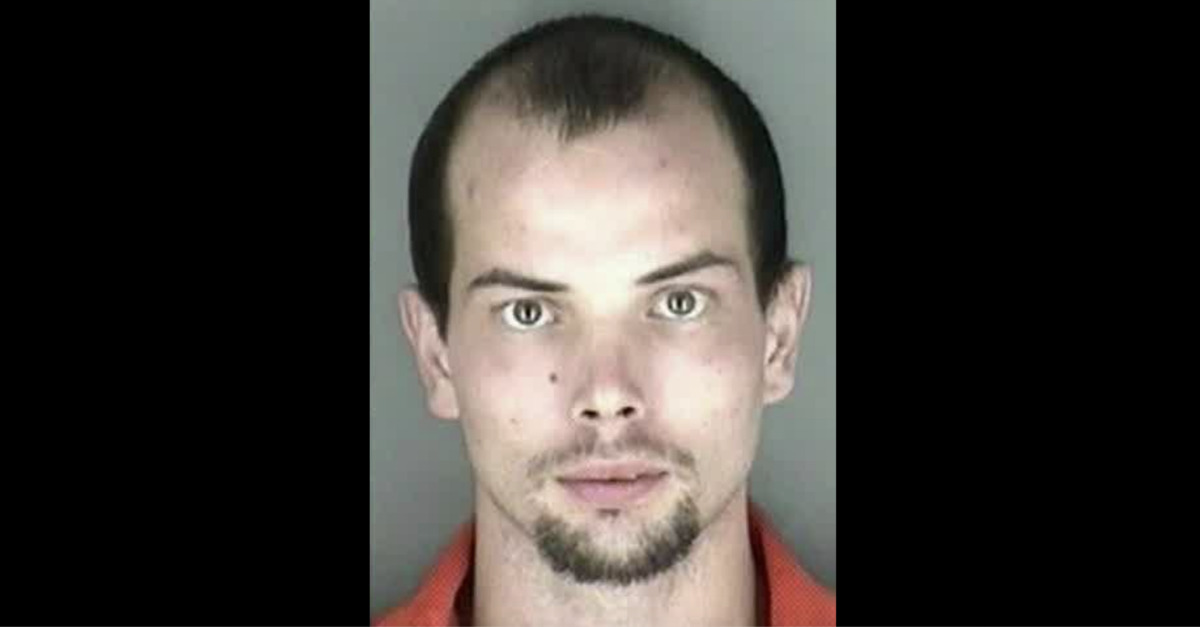 A Kansas man was sentenced to over 110 years in prison late last week over his role in a botched 2018 home invasion resulted in the gruesome deaths of the two occupants.

Richard D. Showalter, 34, was convicted in July of this year of murdering 28-year-old Lisa Sportsman–Collins and her cousin, 17-year-old Jesse Polinskey. Both died in July 2018 of blunt force trauma.

The family of Lisa Collins-Sportsman says they cannot hold a viewing for her because she was stabbed over 50 times. https://t.co/zuP0tmwmgr pic.twitter.com/XJHa6ZAhhZ

Showalter is the final man to be convicted and sentenced out of three total conspirators. Co-defendants Bradley Sportsman, 43, and Matthew Hutto, 22, were previously sentenced to 551 months in prison and two consecutive life sentences, respectively.

UPDATE: These are the three men that have been arrested in yesterday’s murder of Lisa Sportsman and an unnamed 17 year old male.

Police have revealed today that the victims were stabbed and beaten to death. pic.twitter.com/SDyogndAm5

Under the terms of the sentence imposed by Shawnee County District Judge David Debenham, the defendant won’t be eligible for release for at least 112 years. Along with his convictions on the two charges of murder in the first degree, Showalter was also convicted of conspiracy to commit murder and aggravated burglary.

“Finally, the court ordered the sentences for the two murders and the conspiracy to run consecutively,” Shawnee County District Attorney Mike Kagay explained, according to The Topeka Capital-Journal. “Therefore, Showalter must serve a minimum of 50 years on each life sentence, be granted parole on each count, and then he will begin serving his term of 147 months for the conspiracy crime.”

Sportsman and Polinskey were murdered on the night of July 23, 2018. Bradley Sportsman was married to Sporstman-Collins at time of the slayings but the couple were separated at the time, according to the outlet. The husband pleaded out in 2019. Hutto fought his conviction all the way to the Sunflower State’s Supreme Court but was denied a retrial just days before Showalter was convicted this year.

While an autopsy determined the victims died from blunt force injuries, both were also stabbed repeatedly. According to police and prosecutors, knives and a hammer were used to murder both Sportsman-Collins and Polinskey while they slept.

Initially responding to “unknown trouble” at the residence in question, authorities pronounced both victims dead at the scene. Polinskey was not a resident but was visiting her cousin because Sportsman-Collins had been feeling unsafe in her own home.

“He was just visiting because my sister she felt really scared here alone, so that’s why he was over here,” Nina Tosh, Sportsman-Collins’ half-sister told local NBC affiliate KSNT. “He was trying to protect her, but protecting her he ended up with his life gone too.”

Topeka Police Department investigators were swiftly supplied with information that led them to search for a blue 2012 Ford F-150 pickup truck. That vehicle was quickly spotted by officers on an interstate and pulled over. Four people in the truck at the time were detained for questioning but only the trio were charged. Police never released the fourth person’s name, according to local CBS affiliate WIBW.

The particularly violent nature of the crime shocked even the high-crime-plagued neighborhood of Hi-Crest in Topeka, Kan.

Tim Collins, Sportsman-Collins’ father, was told by his daughter’s funeral home that it would be impossible to have a viewing because her body was stabbed well over 50 times, WIBW reports.

As far as a motive goes, court documents suggest Bradley Sportsman believed his estranged wife to be an informant who had to die.