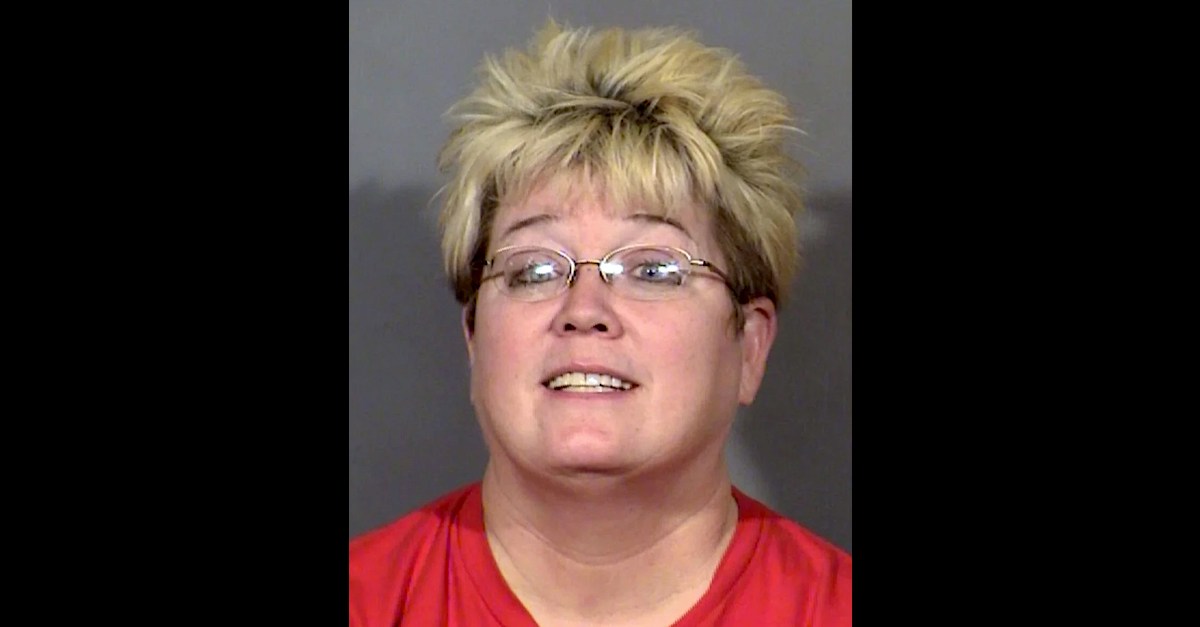 A woman in Las Vegas was removed from an airplane and arrested this week after police say she refused to wear a mask and caused a disturbance on board the flight. Police also said the woman, later identified as Katrina Alspaugh, screamed “Let’s go Brandon!” as she was being escorted out of McCarran International Airport on Saturday, the Las Vegas Review-Journal reported.

According to the report, Alspaugh’s troubles began before she even made it through the initial airport security checkpoint. An arrest report from the Las Vegas Metro Police Department obtained by the newspaper reportedly said that officers responded to a security checkpoint after Alspaugh got into a verbal argument with another passenger. The other passenger asked Alspaugh to wear a mask in the airport; when she refused, the other passenger reported Alspaugh’s refusal to security. The argument quickly escalated, and Alspaugh allegedly “made a motion with her fist as if she was attempting to punch someone,” Las Vegas CBS affiliate KLAS reported.

When officers arrived at the checkpoint, Alspaugh was reportedly uncooperative and refused to provide police with her ID. However, Alspaugh was released and allowed to proceed to her flight after the other passenger reportedly declined to press charges in the matter.

Under federal law, passengers in airports and on airplanes are required to wear face masks whenever they are not actively eating or drinking.

Alspaugh boarded her Allegiant Airlines flight but was reportedly removed before the plane could leave the ground —  resulting in Metro PD officers being called a second time.

Per the Review-Journal, police said that a flight attendant onboard Alspaugh’s flight was forced to remove the woman “for causing a disturbance.” Upon arriving at the Terminal 1 gate, officers reportedly found Alspaugh standing on the jet bridge connecting the plane to the airport. She was told by a gate agent that she was no longer a ticketed passenger and had to exit the terminal, but Alspaugh reportedly became argumentative and refused.

An airline representative had reportedly already issued Alspaugh a trespass notice for her refusal to leave.

As she was being escorted out of the airport by police in a wheelchair, Alspaugh reportedly “yelled obscenities and ‘Let’s go Brandon,’” KLAS reported. Police said that her conduct only “added to the disturbance” and she was taken into custody.

Alspaugh is facing one count of violating airport rules under Clark County Ordinance 20.04.030. She was booked into the Clark County Detention Center. Online records indicate that as of Wednesday she was no longer an inmate at the facility.

The provenance of the “Let’s go Brandon” phrase can be traced back to an Oct. 2 NASCAR race in Alabama. Driver Brandon Brown won the race and was being interviewed by an NBC Sports reporter while the crowd chanted something difficult to discern. The reporter first suggested the crowd was cheering Brown’s victory by chanting “Let’s go Brandon.” However, a few seconds later it became obvious that the crowd was actually chanting “Fuck Joe Biden.” The words “Let’s Go Brandon” have since been co-opted by individuals adverse to the president’s agenda.