Phoenix Mom Used Combination of Drugs to Murder 2 Young Daughters Who She Believed Had COVID: Police 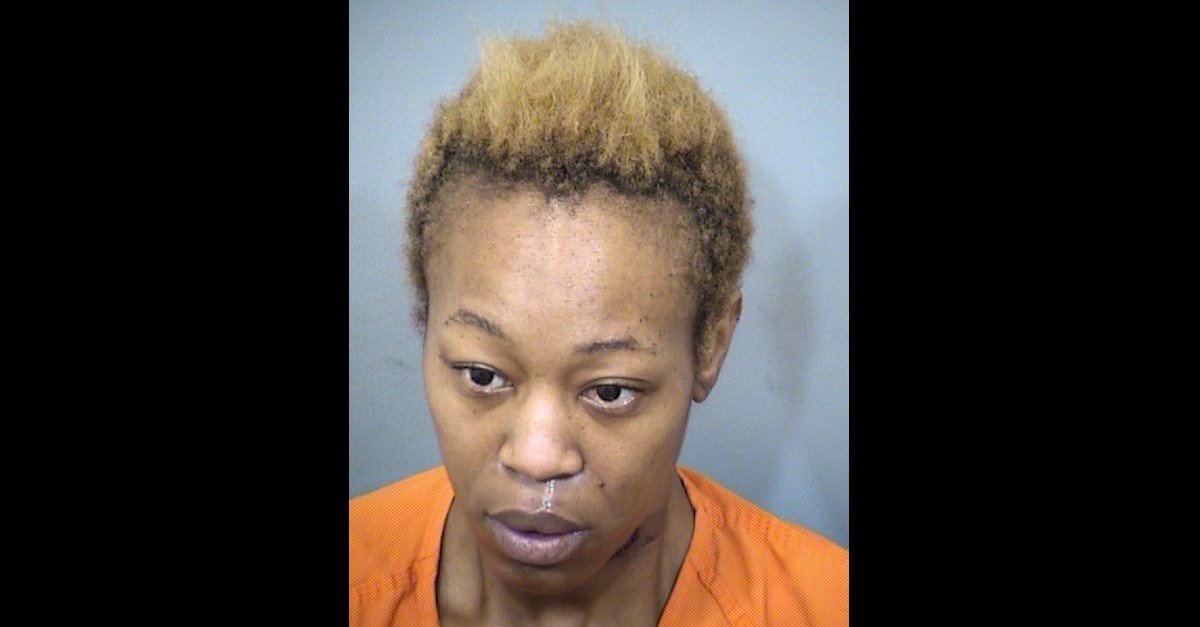 A woman in Phoenix was arrested this week after police say she killed her two young daughters by forcing them to overdose on medications.

Retta Renee Cruse, 35, was taken into custody Tuesday on two charges of first-degree murder in connection with the deaths of her daughters Royal McIntyre, 4, and Aleyah McIntyre, 9.

Sgt. Andy Williams of the Phoenix Police Department said the father of the children called 911 at approximately 6:00 p.m. on Sept. 8.  The father reported finding both of the girls dead in a bedroom in their apartment in the area of 13th Street and Mountain View Road.

First responders said neither of the girls presented any signs of trauma.

“The girls were found on one bed, facing each other, with their arms around each other as though they had been placed into this position,” police wrote in the probable cause for arrest affidavit obtained by Phoenix CBS affiliate KPHO-TV.

Both girls were pronounced dead at the scene.

Cruse was also still in the residence when police arrived. Court documents obtained by ABC affiliate KNXV-TV said that the defendant had “barricaded” herself in her bedroom and was suffering from what police described as “multiple self-inflicted stab wounds.” Cruse was detained and rushed to the hospital where she was initially said to be in critical condition; she later recovered and stabilized.

Although conclusive results from toxicology tests are still pending, investigators believe Cruse used a combination of over-the-counter and prescription drugs to sedate and ultimately overdose the two girls. Officers searched the apartment and reportedly found Acetaminophen — the pain reliever and fever reducer found in Tylenol — and one bottle of oxycodone. Police said there were “visual signs from the victims indicative of an overdose,” including at least one prescription pill that was found next to the girls’ mouths.

Investigators also found a note in the home allegedly signed by Cruse. The note contains what authorities believe was Cruse’s motive for killing the children, KNXV reported. According to the television station, the note says both of the children had been severely infected by the novel coronavirus. It claims the defendant isolated the girls and gave them medication to help them sleep.

“While in the hospital, Retta [Cruse] made admissions to hospital staff as to her involvement in taking the life of her oldest daughter and attempting to take her own life,” prosecutors wrote in court documents.

After recovering from her injuries, Cruse sat down for an interview with investigators. During the interview, police said Cruse denied any involvement with the girls’ deaths and said she had no idea as to how her daughters may have died. She maintained that she did not write the letter recovered from the apartment.

Cruse, who officials believe to be “mentally disturbed,” also allegedly told police that she had been upset about the prospect of losing custody of the children following a recent court hearing concerning her parental rights.

A judge set Cruse’s bond at $2 million and scheduled a preliminary hearing in her case for Sept. 23.