Pa. Mom Pleads Self-Defense to Charges That She Stabbed a Man in the Heart After Argument Over Food 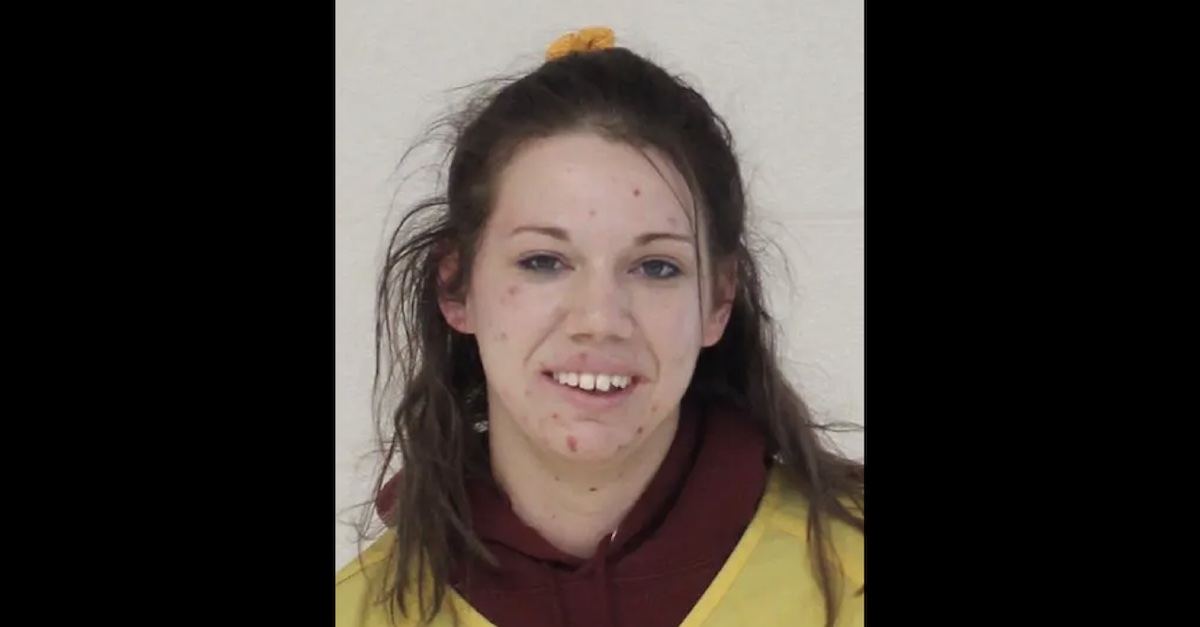 A Pennsylvania mother who allegedly stabbed a man to death in the heart following an argument over food will be heading to trial, a judge determined on Wednesday afternoon. The woman signaled her plans to assert that she acted in self-defense.

Brittany Guisewhite, 28, was arrested on charges of murder in the third degree, voluntary manslaughter resulting from provocation by the individual killed, aggravated assault, and possession of a controlled substance in late October.

The exact circumstances surrounding the death of 26-year-old Robert Farwell are legally in dispute, though the defendant does not contest that she wielded and then used the weapon that killed him.

The deceased man was stabbed in the heart following an argument about food between Guisewhite and himself on April 8, 2021. According to a truck driver who was immediately told about the violence, the defendant first said she mistakenly stabbed her alleged victim while he was “trying to give me a hug.”

Centre County Assistant Public Defender Shannon Malone, however, insists her client acted in self-defense after the deceased man threatened to kill Guisewhite. The defendant only killed him only after Farwell barreled forward trying to enter a bedroom by kicking through a locked door, the defense attorney recently argued in court. The mother of a 4-year-old girl relayed as much to police on the day of the slaying when questioned at length.

Guisewhite, however, is not believed to be a reliable narrator by law enforcement due to her alleged history of drug abuse, including methamphetamine. A four-hour-long police interview ensued, during which the defendant allegedly gave multiple accounts of the incident and various rationales for the fatal outcome.

Pennsylvania State Police Trooper Tyler Grube testified before Centre County District Judge Tom Jordan that the accused and the deceased had a “tumultuous” relationship, according to The Centre Daily.

Guisewhite, the trooper said, told law enforcement she moved to the mobile home where Farwell was killed in order to distance herself from his alleged abuse. During her interview, the defendant accused him of assaulting her physically and sexually, Grube testified.

In a probable cause affidavit, police noted that Farwell showed up at the defendant’s home unannounced on the day in question. Following the argument, Guisewhite locked herself in a bedroom before grabbing a knife and then warning the visitor that she would stab him if he moved in her direction. The rest happened about as Guisewhite promised–with a “lunge” that left the man dead, according to police.

That blow, a forensic pathologist testified, fractured one of Farwell’s ribs, punctured one of his lungs and lacerated his heart.

According to local CBS affiliate WTAJ, Guisewhite has been described as having a history of “erratic, spastic behavior,” and paranoia, presumably as a result of her alleged drug dependency issues. She also allegedly tested positive for meth hours after the killing.

Following the testimony offered by the state and the defense–including additional police testimony and that of a woman who interviewed the defendant’s daughter–Jordan ruled there was enough probable cause to move the case forward to trial.

Guisewhite is currently being detained at the Centre County Correctional Center on $250,000 bail.