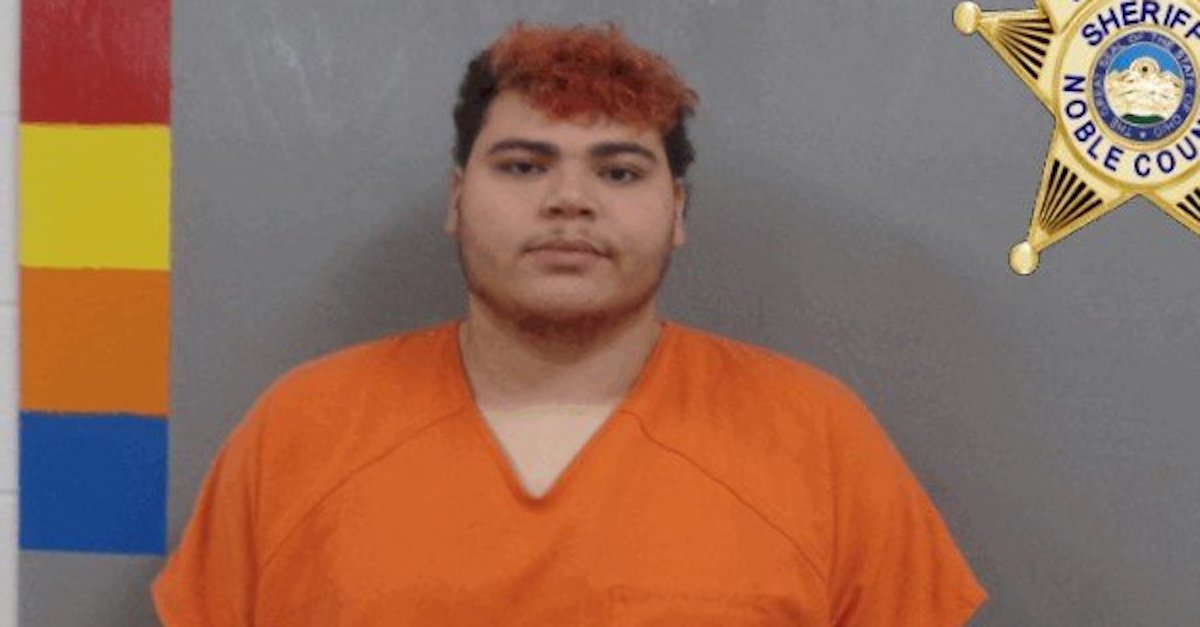 A 23-year-old Ohio man is behind bars this week after he allegedly admitted to severely burning a toddler inside of an “unlivable” home earlier this month, authorities say.

Michael Keith Fox was taken into custody on July 9 and charged with one count of felonious assault in connection with the child’s injuries. According to a press release from the Noble County Sheriff’s Office, a person at approximately 4:50 p.m. on July 8 called 911 and requested medical assistance for a young child who had suffered burns at a home located on Outpost Road near Belle Valley. The sheriff’s office dispatched United Ambulance Service and Belle Valley First Responders to the residence, authorities said.

Upon arriving at the scene, authorities found the burned child and transported them to Marietta Memorial Hospital for treatment. After doctors in the hospital’s Emergency Department examined the injured toddler, administrators contacted the sheriff’s office and notified deputies that the medical staff “suspected that the injuries were the result of child abuse,” the press release continued.

Due to the severity of the burns, doctors transferred the toddler to the Akron Children’s Hospital Burn Unit — located approximately 128 miles north of Marietta Memorial — for more specialized care.

In an interview with investigators, Fox allegedly made some kind of confession about harming the child.

“As a result of the investigation, Michael Keith Fox, age 23, was arrested and charged with Felonious Assault a felony of the second degree, after admissions were made about how the burns had occurred to the child,” the sheriff’s office wrote in the release.

“After the inspection, the residence was deemed unlivable and therefore condemned for human habitation,” the press release stated.

In addition to Fox’s arrest, 61-year-old Jane B. Walters and 19-year-old Renee J. Walters were both charged with one count each of child endangerment, a first-degree misdemeanor, in connection with the toddler’s burns.

According to the sheriff’s office, Noble County Prosecuting Attorney Jordan Croucher is considering filing additional charges against Fox “due to the severity of the injuries” sustained by the toddler. Felonious assault in Ohio is a second-degree felony punishable by up to eight years in prison and a maximum fine of $15,000.

Croucher’s office did not immediately respond to messages from Law&Crime seeking additional details on the case and the relationship between Fox, the child, and the Walters.