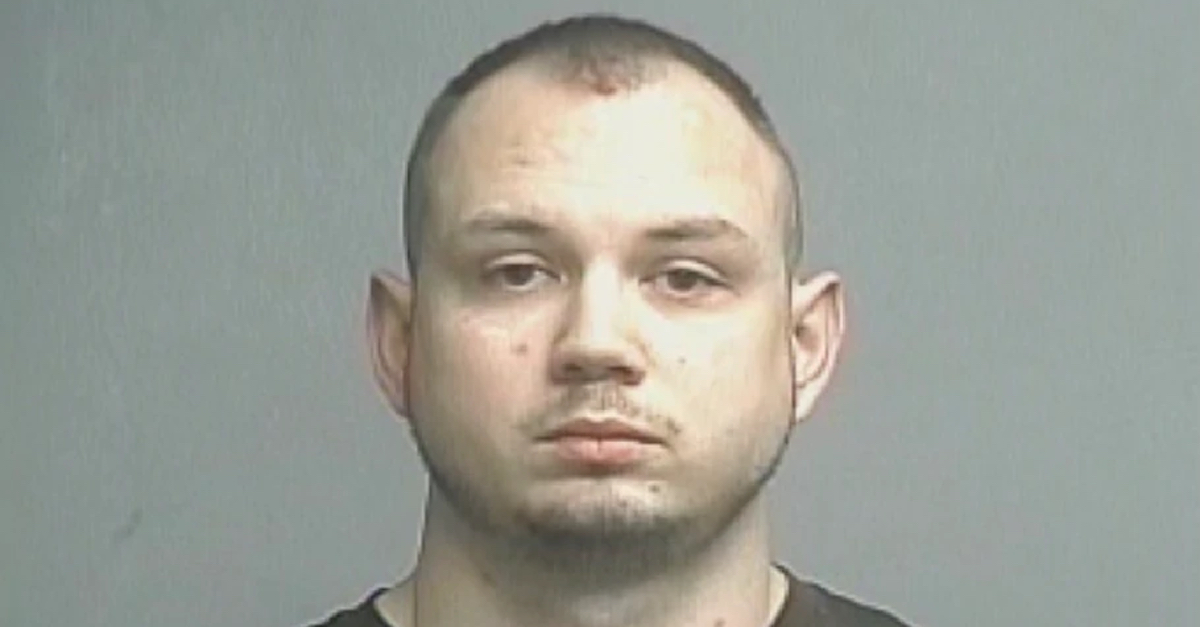 A 31-year-old Ohio man may spend the rest of his life behind bars for brutally beating his infant son to death in 2020. Lake County Common Pleas Judge John P. O’Donnell on Thursday sentenced William L. Beasley to life in prison with the possibility of parole after 15 years for killing 3-week-old Zachary Beasley in 2020, court records reviewed by Law&Crime show.

Per a Cleveland.com report previously cited by Law&Crime, Emergency Medical Services (EMS) workers in Willoughby at approximately 1:30 a.m. on May 22, 2020 responded to a 911 call concerning a newborn baby that was having trouble breathing at an apartment complex located in the 1300 block of Lost Nation Road. Upon arriving at the scene, first responders found the infant in distress and transported him to Hillcrest Hospital in Mayfield Heights. Due to the severity of the child’s condition, he was then transferred to the Cleveland Clinic Children’s pediatric intensive care unit.

Per the report, on the same day that Zachary was admitted to the facility, employees at Cleveland Clinic Children’s filed a report with Lake County Jobs and Family Services stating that the baby showed signs of physical abuse. County officials forwarded the information to the Willoughby Police Department which opened an investigation.

After holding on for a week, Zachary was reportedly pronounced dead on May 29, 2020. He was 32 days old.

An autopsy conducted by the Cuyahoga County Medical Examiner’s Office ruled the manner of the baby’s death was a homicide and the cause of death involved “complications of blunt force injury to head, trunk, and extremities with skeletal and brain injuries,” court documents show.

In interviews with investigators, Beasley allegedly admitted that he could have caused the child’s injuries when he “snatched” the baby, according to court documents.

“We talked about what could’ve happened & I explained how I could’ve done this to my child. I stated that I sometimes got frustrated & would SNATCH (emphasis added) him up out of his crib,” prosecutors wrote, quoting Beasley’s written statement to investigators. Prosecutors added that “the ‘snatching,’ as demonstrated, involved shaking and/or violent impact as discussed by the State’s medical experts.”

Prosecutors also highlighted that testimony from ten doctors and two medical examiners, all of whom agreed that Zachary’s injuries were violently and intentionally inflicted. Nearly all also agreed that the child showed signs of being repeatedly abused prior to sustaining the fatal injuries.

“In this case, it is clear that Zachary suffered severe and fatal injuries on more than one occasion during his short life,” prosecutors wrote. “And while the exact actions taken by the Defendant to cause the baby’s death are unknown to all but the Defendant himself, the evidence was clear that the baby suffered violent, traumatic, and intentional injuries, ultimately leading to his death.”

A Lake County Grand Jury in May 2021 indicted Beasley on nine counts that were eventually whittled down to six. The defendant reportedly twice turned down plea deals from prosecutors over the course of the proceedings.

Melissa Blake of the Lake County Public Defender’s Office reportedly represented the defendant.  That office did not immediately respond to a message from Law&Crime seeking comment on the sentencing.