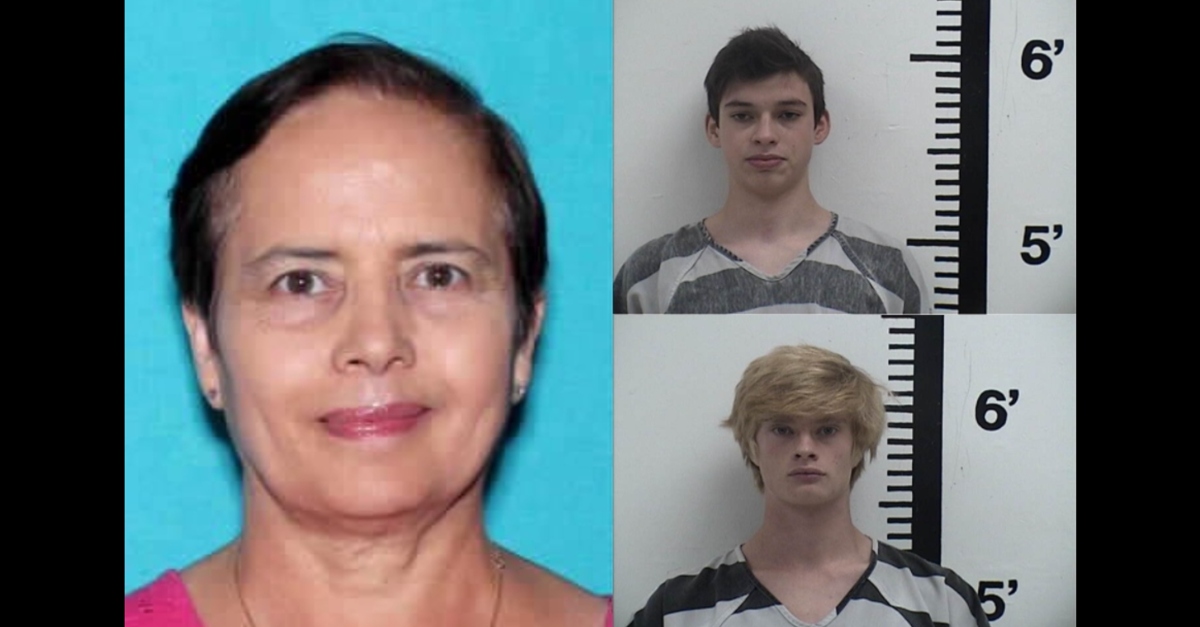 The 16-year-old defendants both stand accused of one count each of murder in the first degree and conspiracy to commit a forcible felony over the November 2021 death of 66-year-old Nohema Graber.

Documents containing several new details related to the gruesome murder, search warrants for the two defendants, had previously been sealed but were made available by the judge overseeing the case on Tuesday, March 22, 2022. Copies of those filings were obtained by the Des Moines Register and Associated Press.

The court documents allege that a witness who knew Goodale showed law enforcement the defendant’s Snapchat messages that showed Goodale and Miller “were involved in the planning, execution, and disposal of evidence” related to their teacher’s death. According to the search warrant, the Snapchat messages reflect how the duo surveilled Graber, elaborate on how exactly she was killed, where her body was dumped, and how the evidence was concealed.

Graber was discovered dead in Chautauqua Park, in Fairfield, Iowa on Nov. 3, 2021–just hours after she was reported missing–having disappeared during her usual walk through the park the day before. According to police, the deceased woman was found “concealed under a tarp, wheelbarrow and railroad ties.” In an interview with Iowa Division of Criminal Investigation agents, Miller allegedly admitted that he provided the wheelbarrow from his own home. A witness allegedly told police they saw a wheelbarrow being pushed down a city street just before midnight on Nov. 2, 2021.

According to the documents, a witness also told investigators that some items related to the murder were taken by the defendants and stored in Goodale’s home. On Nov. 4, 2021, police say they recovered clothing, strands of hair, bath towels and two baseball bats–all of which are considered key evidence in the case–from Goodale’s home.

The court documents offer a timeline for the victim’s last moments and the immediate aftermath. Graber apparently parked her car at the park on the day she died at around 4:00 p.m. Her car left the park’s parking lot roughly 42 minutes later followed by a pickup truck.

“To know Nohema was to love her — she was the kind of person every community longs to have in its midst and we were blessed to have her in our lives,” her family said in a statement last year. “She lived for her children, her family and her faith. Her next priorities were her job as an educator and the children she taught, her local Parish, and the Spanish-speaking community in Fairfield. The family deeply appreciates the outpouring of support during this unimaginable tragedy.”

The new information comes as the cases against Miller and Goodale were placed on hold by Judge Shawn Showers amidst claims by the defendants that evidence against them was illegally obtained.

The judge denied separate defense requests asking for media and the public to be kept from viewing the upcoming trials and for a ruling on the evidentiary issue. Both defendants appealed those two rejections in turn and Showers paused proceedings as the Iowa Supreme Court decides to accept or deny their appeals. A hearing scheduled for Thursday was delayed that would have settled whether the pair would have been tried in the Hawkeye State’s juvenile or adult court system.

If tried as adults and convicted, Miller and Goodale would spend significant time in prison though not life without parole because such a sentence is not allowed under the Iowa Constitution; if tried as juveniles and convicted, they would be released when they turn 18.