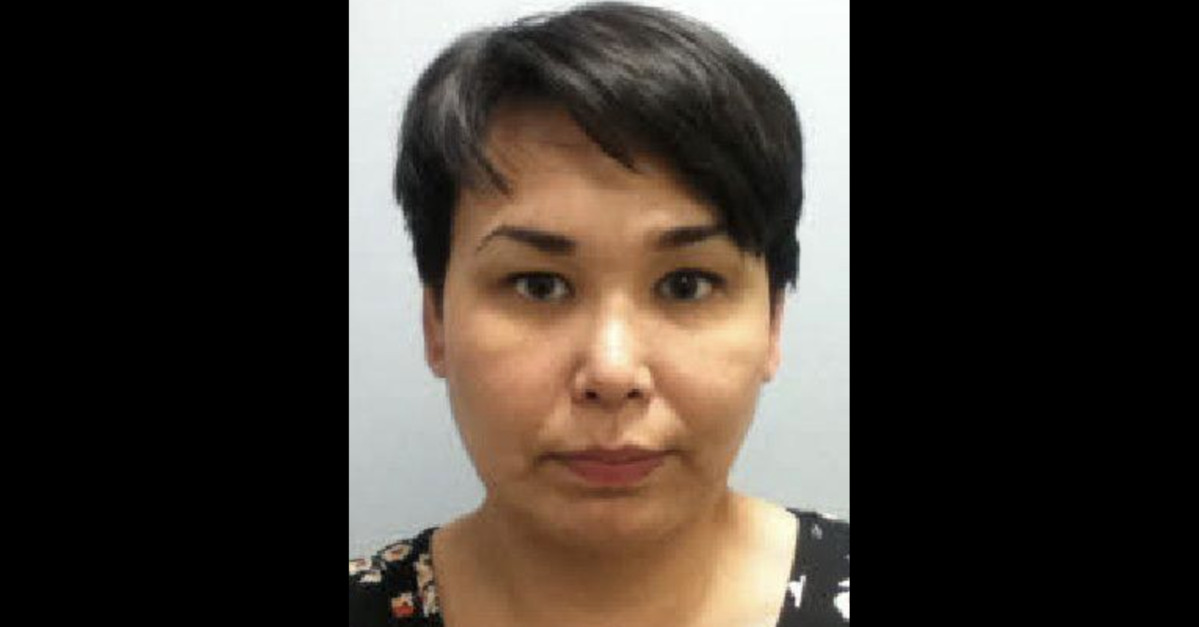 A North Carolina woman is facing three murder charges over a fatal head-on collision last month on an interstate highway.

Ivory June Adajar, 38, was previously charged with three counts of death-by-vehicle along with reckless driving, expired tags, a safe movement violation and driving with a suspended license.

The deadly incident occurred in late April. Adajar was traveling south on U.S. Route 421 around 6:30 p.m. when she allegedly swerved into another vehicle’s lane and path as she tried to exit the highway at Broadway Road in Lee County.

According to The Sanford Herald, witnesses saw Adajar driving “erratically” on the highway in the moments leading up to the crash. She reportedly slammed on her brakes near an on-ramp despite the lack of traffic in her path and driving in excess of 90 mph.

According to Raleigh-based CBS affiliate WNCN, the crash was reported at 7:50 p.m on April 17. North Carolina Highway Patrol officers arrived soon thereafter to survey the mechanical wreckage and human devastation. Initially only two people were killed; a third person was airlifted to a nearby hospital with serious injuries.

Lloyd Eugene Atkins, 60, and his daughter, Kimberly Nicole Atkins, 33, were both pronounced dead at the scene by authorities. Judy Thomas Atkins, 58, succumbed to her injuries three days later after being taken off of life support at UNC Hospitals in Chapel Hill, according to the Sanford Police Department.

Sanford Police Officer S.C. Cronin wrote in his incident report that Adajar’s Volkswagen swerved into and struck the Atkins family’s Ford. The impact forced the second vehicle into a grass-covered median as it “began to roll over numerous times before coming to a complete stop, approximately 292 feet from the initial impact,” according to the report.

In the Tarheel State, the law distinguishes between a relatively minor vehicular homicide charge of misdemeanor death-by-vehicle–which is more or less akin to manslaughter via automobile–and felony death-by-vehicle if someone is killed by an automobile that is driven by a person who is impaired. The former charges are filed against people accused of killing others while violating traffic laws other than driving while intoxicated; the latter and more serious charges are punishable by a maximum 160 months in prison.

Adajar was initially facing misdemeanor charges with a maximum penalty of 180 days in jail if convicted on each offense. Those charges were later upgraded to felony death-by-vehicle after police allegedly determined she was driving under the influence.

The filing of second-degree murder charges against Adajar ups the ante considerably. She now faces a minimum of 36 years in prison if convicted on each of the murder charges–and assuming consecutive serving of any given eventual sentence.

Adajar was also charged with one misdemeanor count of child abuse, The Sanford Herald reports. The Rant reported that the reason for the charge was that Adajar’s “child was in a vehicle driven by her husband that she was allegedly chasing when the wreck occurred.”

A North Carolina woman with the same name as the defendant was previously the subject of an Anchorage Daily News article, which mentioned that Adajar lived in the Tarheel State with her husband and two children. The article’s headline said that Adajar had been “chosen to name a star and exoplanet.”

According to local NBC affiliate WRAL, Adajar was indicted Tuesday on the murder charges. As of Wednesday, she was incarcerated without bond in the Lee County Jail.